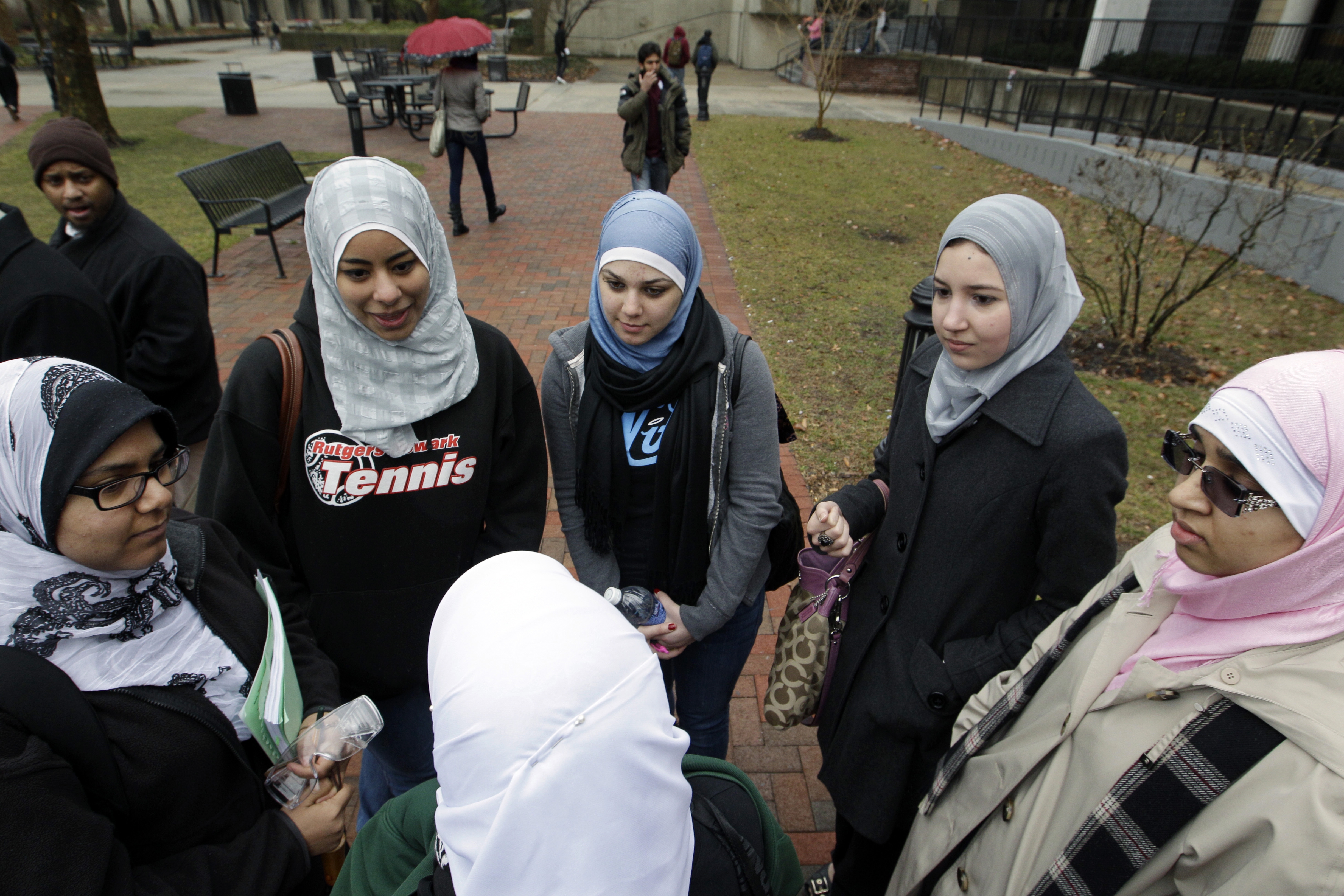 Holder said that police seeking to monitor activities by citizens "should only do so when there is a basis to believe that something inappropriate is occurring or potentially could occur."

Holder responded under questioning by Rep. Mike Honda, D-Calif., who as an infant was sent with his parents to a Japanese internment camp during World War II and has compared that policy to the NYPD's treatment of Muslims. The attorney general was on Capitol Hill to discuss the Justice Department's federal budget.

Holder did not suggest that a Justice Department investigation of the NYPD was imminent. Over the last six months, the AP has revealed the inner workings of secret programs of the NYPD, built with help from the CIA, to monitor Muslims.

Police have built databases showing where Muslims live, where they buy groceries, what Internet cafes they use and where they watch sports. Dozens of mosques and student groups have been infiltrated, and police have built detailed profiles of Moroccans, Egyptians, Albanians and other local ethnic groups. The NYPD surveillance extended outside New York City to neighboring New Jersey and Long Island and at colleges across the Northeast.

"I don't know even if the program as it has been described in the news media was an appropriate way to proceed, was consistent with the way in which the federal government would have done these things," said Holder, who was born in the Bronx and described New York Police Commissioner Ray Kelly as his personal friend. "I simply just don't know the answers to those questions at the beginning stages of this matter."

The AP has reported that some of the NYPD's activities — such as its 2006 surveillance of Masjid Omar, a mosque in Paterson, N.J. — could not have been performed under federal rules unless the FBI believed that the mosque itself was part of a criminal enterprise. Even then, federal agents would need approval from senior FBI and Justice Department officials.

At the NYPD, however, such monitoring was common, former police officials said. Federal law enforcement officials told the AP that the mosque itself was never under federal investigation and they were unaware the NYPD was monitoring it so closely. According to secret police files obtained by the AP, the NYPD instructed its officers to watch the mosque and, as people came and went from the Friday prayer service, investigators were to record license plates and photograph and videotape those attending. The file offered no evidence of criminal activity.

The FBI also would be prohibited from keeping police files on innocuous statements that imams made during sermons, which the NYPD did. In addition, the FBI would not be allowed to keep police files on Muslim students for discussing academic conferences online and would not be allowed to build databases of Americans who changed their names to ones sounding Arabic, which the NYPD did.

Since late August, 34 members of Congress, Muslim civil rights groups and most recently Ivy League universities and New Jersey officials have asked the Justice Department to investigate the NYPD's intelligence division. The Obama administration has pointedly refused to endorse or repudiate the NYPD programs, which the AP reported Monday are at least partly funded under a White House federal grant intended to help law enforcement fight drug crimes.

"Our examination of this has been limited at least at this point to the letters that have come in," Holder said. "We're only beginning our review. I don't know if federal funds were used."

Holder said there were 17 or 18 Justice Department investigations about how police around the country interact with citizens. "I'm not saying that will be something that we would do here, but if we think that there's a basis for it, we will do that," Holder said.

Honda, who questioned the attorney general during the budget hearing, has compared his own family's treatment as Japanese during World War II with the NYPD's treatment of Muslims.

He said his goal Tuesday was to push the issue so that Holder pays more attention to what's going on in New York.

"If we had done this back in 1940, maybe we wouldn't have been sent to camps," Honda said. "Government can operate in ways that are contradictory to our own constitutional rights. ... It has really a chilling effect."

In New York, Mayor Michael Bloomberg on Tuesday invoked the 1993 terrorist bombing of the World Trade Center and the successful attacks in 2001 that destroyed it, in a renewed defense of the NYPD: "We said back then we are not going to forget this time around," he said. "We will not. We are not going to forget." He added: "To let our guard down would just be an outrage."

Bloomberg said criticism of the police department actions was "just misplaced" and "pandering."

Universities including Yale, Columbia and Rutgers have joined in criticizing the NYPD for infiltrating Muslim student groups and trawling their websites. Police put the names of students and academics in reports even when they were not suspected of wrongdoing. And in Newark, N.J., Mayor Cory Booker said he was offended by the NYPD's secret surveillance of his city's Muslims.

The president of Rutgers University in New Jersey on Tuesday urged the state's attorney general to investigate the NYPD's surveillance activities of Muslim students on New Jersey campuses. In a statement, he called the surveillance a matter of grave concern to students, faculty and alumni.