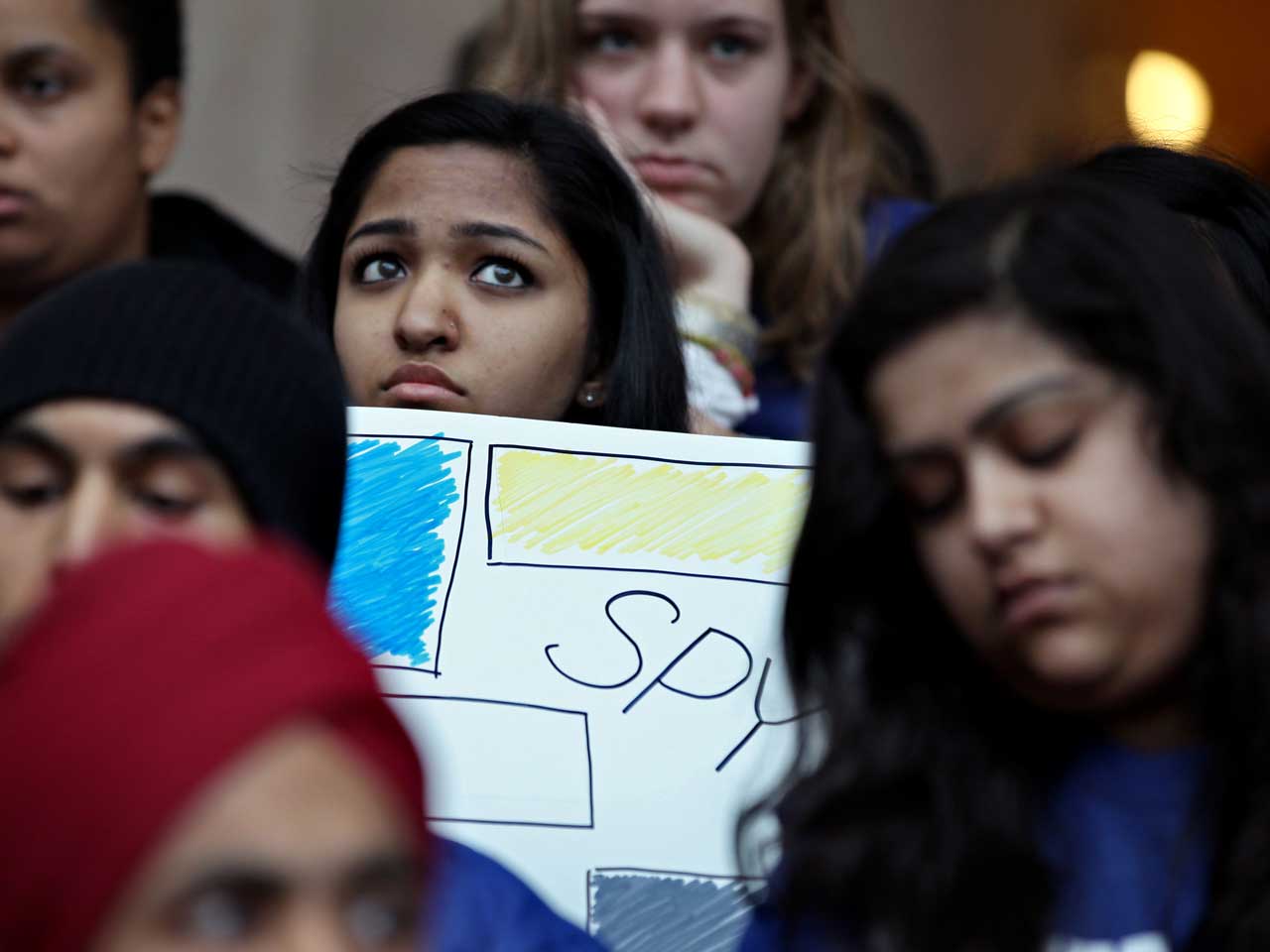 Christie told a briefing Thursday that the lack of communication "seems to be an abandonment of the core lesson of 9/11."

His comments echoed remarks he made Wednesday on a radio program. On the show he issued his harshest criticism yet of the NYPD's secret surveillance of Muslims in Newark, N.J., and elsewhere. He said the department had a "masters of the universe" mentality.

On Thursday, the governor repeated it can be dangerous if law enforcement agencies don't share information. He says he's sure New York Police Commissioner Raymond Kelly wouldn't want to have to explain if something went wrong because of a lack of coordination.

Meanwhile, civil rights groups in the Northeast pressed Thursday for an investigation of the New York Police Department's secret surveillance of Muslims in the region.

The American Civil Liberties Unions of Connecticut and Pennsylvania are seeking investigations on NYPD practices in those states, including at Yale University and the University of Pennsylvania. An NYPD report also described surveillance in Newark, on which Christie says he doesn't recall being briefed even though he was then the U.S. attorney for the state.

"I understand we need people doing covert surveillance to protect the people of our state and our region," he said on Townsquare Media's "Ask the Governor" program. "No problems with that. My concern is why can't you communicate with the people here in New Jersey, with law enforcement, here in New Jersey? Are we somehow not trustworthy?"

He said he didn't know whether the surveillance program was "born out of arrogance, or out of paranoia, or out of both."

In 2007, the NYPD's secretive Demographics Unit fanned out across Newark, photographing every mosque and eavesdropping on Muslim businesses. The findings were cataloged in a 60-page report, obtained by the AP, that served as a police guidebook to Newark's Muslims. There was no mention of terrorism or any criminal wrongdoing.

Newark's top officials said their police were asked to show NYPD officers around but didn't know about the nature and scope of the NYPD operation.

"The idea that we should share with people, especially when you are coming into their jurisdiction, to me is one of the real tenets of lessons from Sept. 11," Christie said.

The AP has also revealed that the NYPD secretly monitored the daily activities of Muslim college student groups across the Northeast.

The ACLU's calls for investigations in Connecticut and Pennsylvania add to the chorus of voices calling for such a probe. The Justice Department has said it is starting a review to decide whether to investigate civil rights violations.

Christie had previously described the Newark report as "disturbing" and asked state Attorney General Jeffrey Chiesa to look into what happened. At the time, he also said the NYPD had "at times developed a reputation of asking forgiveness rather than permission."

While stressing in his radio comments that he had no problem with "covert surveillance," he did not say whether he thought it was appropriate to target certain communities as a preventive measure when there was no suspected wrongdoing.

The NYPD said that it informed Newark officials and that a liaison was assigned and that Newark police were briefed before and afterward. New York City officials have been unapologetic.

"They don't exercise police power, they don't make arrests, they don't conduct searches, they don't execute search warrants. That is beyond our power outside of our defined jurisdiction," Schaffer said. "But there's no prohibition on traveling to, residing in, or investigating within the United States."