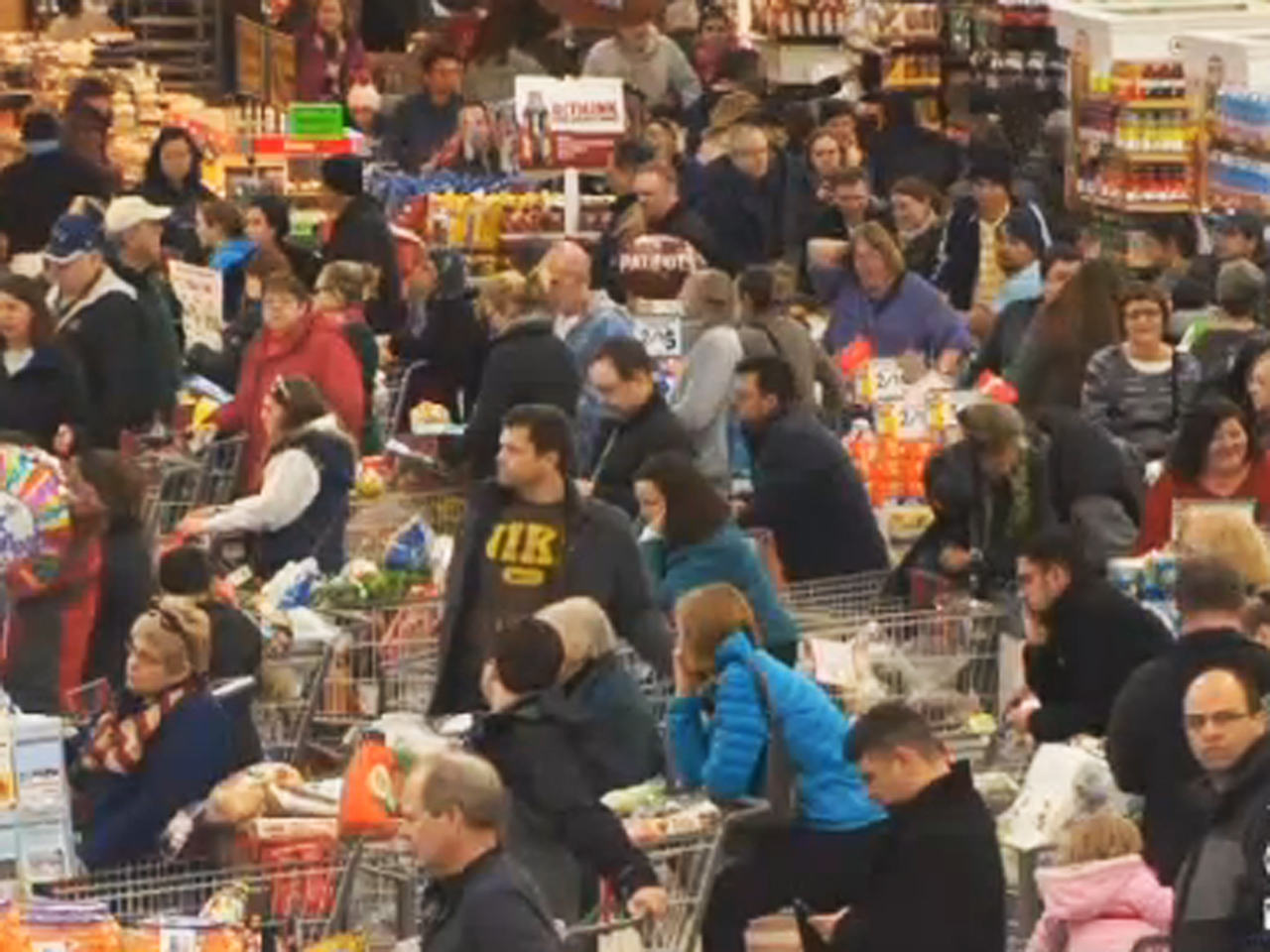 NEW YORK -- Northeast residents girded for a "crippling and potentially historic" storm that could bury communities from northern New Jersey to southern Maine in up to 2 feet of snow or even three feet in some places.

By mid-morning on Monday, commuters already were making their way to work through snow, although accumulation was minimal.

The National Weather Service said the nor'easter would eventually bring heavy snow, powerful winds and widespread coastal flooding starting later Monday and through Tuesday. A blizzard warning was issued for a 250-mile stretch of the Northeast, including New York and Boston. Tens of millions of people are in the storm's likely path.

Government officials began to activate emergency centers on Sunday as professional sports teams, schools and utilities hastily revised their schedules and made preparations.

"This could be a storm the likes of which we have never seen before," New York City Mayor Bill de Blasio told a news conference in a Manhattan sanitation garage where workers were preparing plows and salt for the massive cleanup on about 6,000 miles of city roadways for what forecasters said could be up to two feet of snow. Some parts of the metropolitan area could get three feet.

It could be "the biggest snowstorm in the history of this city," de Blasio said. "Don't underestimate this storm," he warned. ... Prepare for something worse than we have seen before. ... Assume conditions will be unsafe."

In Massachusetts, Gov. Charlie Baker warned residents to prepare for roads that are "very hard, if not impossible, to navigate," power outages and possibly even a lack of public transportation.

Boston is expected to get 18 to 24 inches of snow, with up to 2 feet or more west of the city, and Philadelphia could see up to a foot-and-a-half, the weather service said.

Boston Mayor Martin Walsh asked "everyone to be vigilant, stay inside and off the roads or use public transportation when possible, and remember to check on your neighbors." A blizzard warning was to be in effect from 7 p.m. Monday to 1 a.m. Wednesday.

A travel ban will be instituted in the state of Connecticut after 9 p.m. Monday, Governor Dan Malloy said.

Residents of coastal areas in the region were getting ready, boarding up their homes, packing up their vehicles and putting away loose items, reports CBS Boston. Goods flew off shelves at supermarkets and home improvement stores. "They're buying anything that's not nailed to the shelf right now," said Market Basket employee Mike Dunleavy.

The Washington area expected only a couple of inches, with steadily increasing amounts as the storm heads north.

"We do anticipate very heavy snowfall totals," said Bob Oravec, lead forecaster with the weather service in College Park, Maryland. "In addition to heavy snow, with blizzard warnings, there's a big threat of high, damaging winds, and that will be increasing Monday into Tuesday. A lot of blowing, drifting and such."

Wind gusts of 75 mph or more are possible for coastal areas of Massachusetts, and up to 50 mph further inland, Oravec said.

Thousands of flights affecting millions of travelers have already been delayed or canceled.

United Airlines told CBS News early Monday it plans to cancel all flights Tuesday at the three major New York area airports, as well as those into and out of Boston and Philadelphia.

Most major airlines are allowing customers whose flights are canceled in the next few days to book new flights without paying a penalty. Customers ticketed on flights to dozens of Eastern airports are generally eligible for the allowance, though specific terms vary by airline.

A storm system driving out of the Midwest brought several inches of snow to Ohio on Sunday. A new low pressure system was expected to form off the Carolina coast and ultimately spread from the nation's capital to Maine for a "crippling and potentially historic blizzard," the weather service said.

New York Gov. Andrew Cuomo urged commuters to stay home on Monday and warned that mass transit and roadways could be closed before the evening rush hour, even major highways such as the New York Thruway, Interstate 84 and the Long Island Expressway.

In New York City, the Greater New York Taxi Association offered free cab service for emergency responders trying to get to work, and disabled and elderly residents who become stranded.

The New York Rangers decided to practice Monday afternoon at the Islanders' home arena on Long Island instead of at their own training facility just outside New York City. They'll stay overnight on Long Island for Tuesday's game against their rival - if it's still held.

The Super Bowl-bound New England Patriots expected to be out of town by the time the storm arrives in Boston. The team plans to leave Logan Airport at 12:30 p.m. Monday for Phoenix, where the temperature will reach the high 60s.