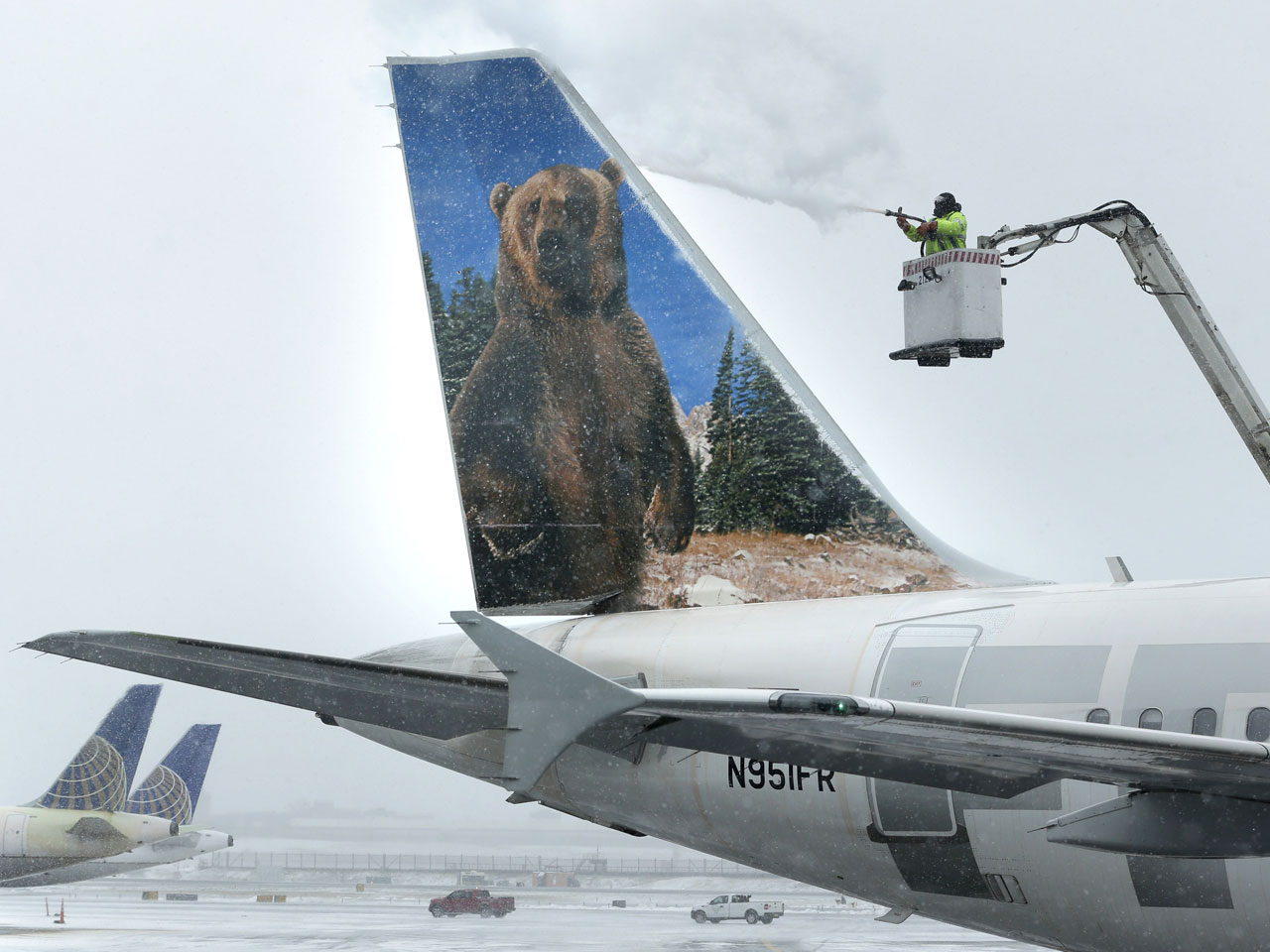 The massive blizzard barreling into the East Coast has caused dozens of flight cancellations and delays at some of the nation's busiest airports.

The travel plans of millions are expected to be disrupted. The National Weather Service predicts 2 to 3 feet of snow for a 250-mile stretch of the Northeast, including the New York and Boston areas. Philadelphia should get 14 to 18 inches.

At midday, more than 2,600 Monday flights within the U.S. had already been scrubbed, according to the flight tracking site FlightAware. And more than 1,000 flights are delayed.

By midafternoon Monday, more than 6,500 U.S. flights through Tuesday had already been scrubbed, according to tracking service FlightAware.com. Most were to or from a band running from Washington through New York to Boston, and 1,700 flights had been delayed.

Most major airlines are allowing customers whose flights are canceled in the next few days to book new flights without paying a penalty. Customers ticketed on flights to dozens of Eastern airports are generally eligible for the allowance, though specific terms vary by airline.

If you are traveling, you should check with your carrier for your flight's status.

JetBlue, whose flights are largely in the Northeast, has already cancelled about a third of its entire schedule. United Airlines canceled all flights in Boston, New York and Philadelphia.

Officials at Boston's Logan International Airport say no flights will be allowed to take off or land at the facility during the height of the blizzard heading to the region.

The last flight out of Logan is expected to leave at about 7:30 p.m. Monday and no flights will land or take off on Tuesday. Ed Freni, director of aviation at the Massachusetts Port Authority, the agency that runs the airport, says the goal is to resume operations on Wednesday.

The airport handles about 1,000 flights per day.

Problems in the Northeast are rippling outward. In West Palm Beach, Florida, where temperatures are expected to be in the 70s Monday, about 30 percent of all flights have been cancelled. Fort Lauderdale and Orlando are also reporting major cancellations.