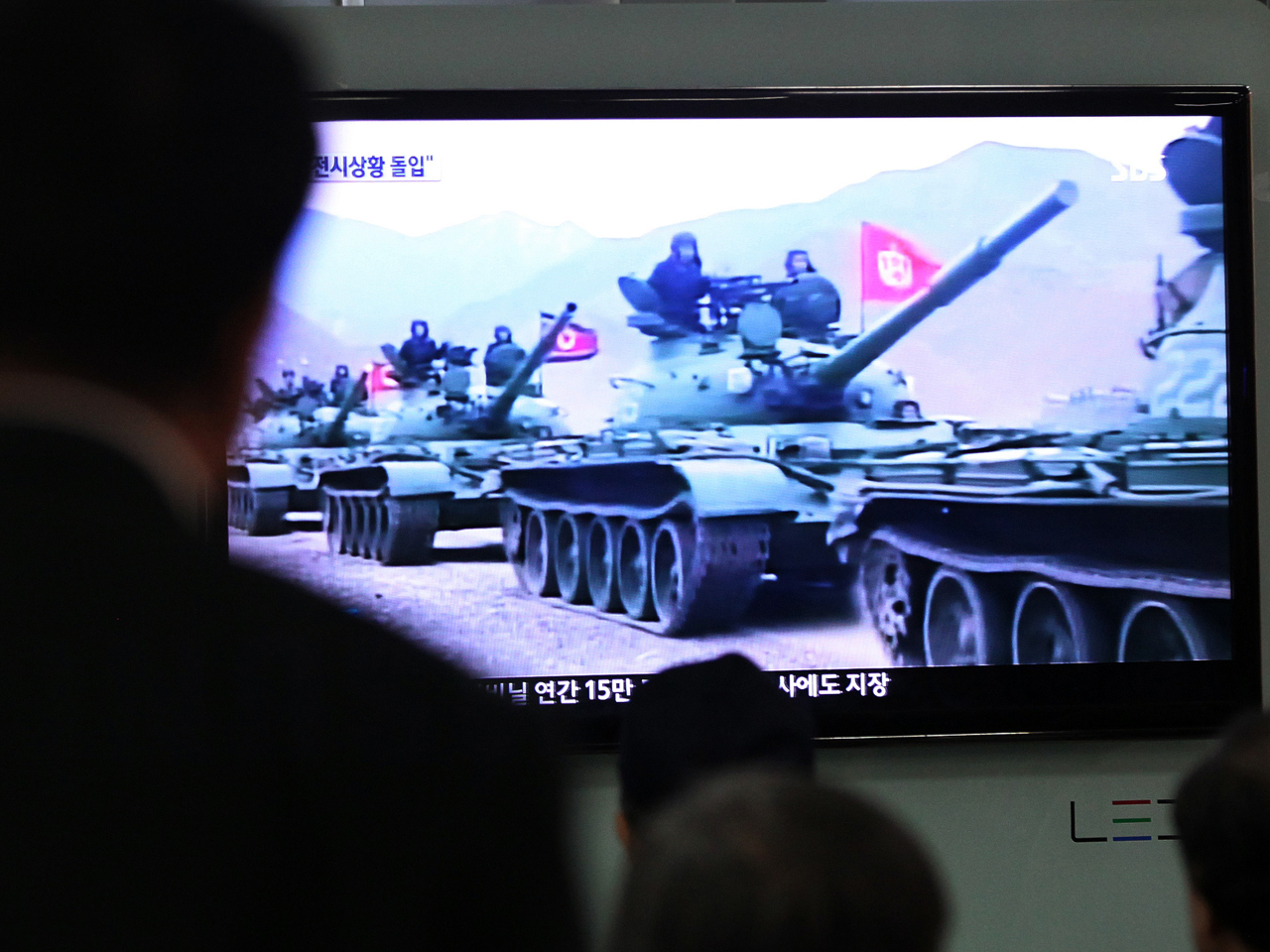 "North Korea is in a mindset of war, but North Korea is not going to war," said the official, who spoke on the condition of anonymity to offer insight into the latest administration thinking on the volatile situation on the Korean Peninsula.

The official said North Korea is doing two things that signal it is not spoiling for war: maintaining continuous and unfettered access to the Kaesong Industrial Complex six miles north of the Demilitarized Zone and by continuing to promote tourists visits to North Korea, even amid its banging of war drums.

"There is pot-banging and chest-thumping, but they have literature attracting tourists that explicitly says pay no attention to all that (public) talk about nuclear war or another kind of war," the official said.

Kaesong is a hive of business activity and about 200 South Koreans travel there daily. It produces about $2 billion of annual trade and commerce revenue for the North. Many experts consider its fate and status the best signal of North Korea's hostile intentions.

On Saturday, the North renewed its threat to close the complex, reportedly saying through its state-controlled news agency that references to its ongoing operation as a source of capital "damages our dignity."

Still, as long as access to Kaesong remains open, the consensus, also shared by the White House, is the North Korean threat is less than meets the eye.

"The widely held belief is this is for internal purposes," the official said, referring to North Korean dictator Kim Jung Un's need to increase his visibility and the military's sense of his commitment to its prestige and national authority.

And yet, the official confirmed South Korea reports of increased activity by North Korean military personnel near ballistic missile sites. Kim has placed those missile sites on stand-by alert and said it was time to "settle accounts" with the "imperialist" United States. The administration official said the activity, though, was believed to be related solely to exercises and training - not actual war preparations.

"North Korea is in its training cycle, and North Korea is gearing up for some kind of fireworks," the official said. "It will either be a Roman Candle or a rocket. But, either way, that will happen explicitly within the context of training."

The official's comments came amid reports that North Korea announced it was at a "state of war."

In response to those reports, Caitlin Hayden, a National Security Council spokeswoman, said the U.S. takes the threat seriously but also called the North's statement "unconstructive."

"We would also note that North Korea has a long history of bellicose rhetoric and threats and today's announcement follows that familiar pattern," Hayden said. "As Defense Secretary Chuck Hagel said on Thursday, we remain fully prepared and capable of defending and protecting the United States and our allies."

While analyzing what appeared to war maps, Kim looked at a target zone that appeared to include Asia-Pacific patrols of the 100-vessel-strong U.S. 7th Fleet.

The administration official said the only way the 7th Fleet would be vulnerable would be "if Kim Jung Un has a 'Call of Duty' video game and it includes a targeting of the 7th Fleet."