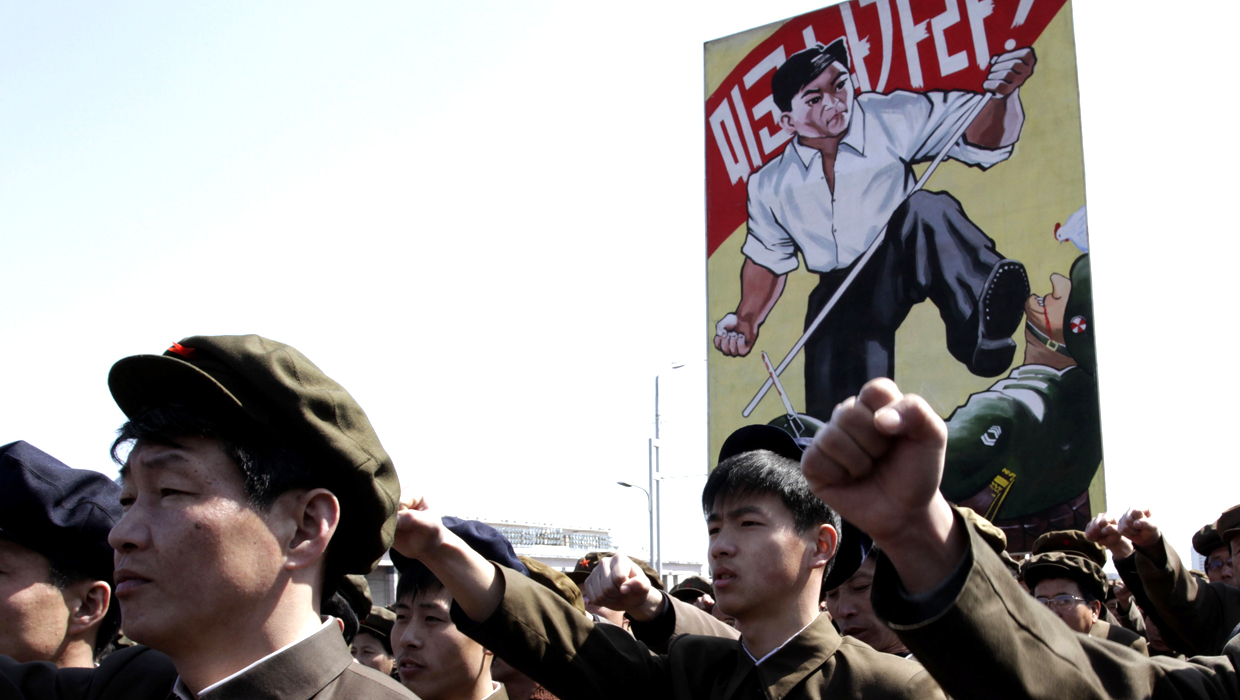 North Korea is entering a "state of war" with South Korea, its state-run news service reports, further escalating the rhetoric against its southern neighbor and the United States.

The statement, carried by the communist country's KCNA news agency, says inter-Korean relations will be dealt with in a wartime manner.

"From this time on, the North-South relations will be entering the state of war and all issues raised between the North and the South will be handled accordingly," the statement said, according to Reuters.

CBS News correspondent Major Garrett spoke to a top White House official Friday night who said communication between the U.S. and South Korea is on a nearly constant basis and while North Korea is in a mindset of war, the White House doesn't think it's actually going to happen.

U.S. officials, however, concede there is no way of knowing exactly what the new 30-year-old leader Kim Jong Un will do and when. Earlier, he claimed he was ready to "settle accounts" with the United States.

Christopher Hill, a former U.S. Ambassador to South Korea, said all the war talk is "bluster," but he worried about things going too far with a leader the U.S. is unfamiliar with.

"I think the real concern is not so much that they're going to aim a missile at Waikiki in Hawaii, but rather there is going to be some miscalculation on the Korean peninsula or just off shore from the Korean peninsula," said Hill, who took part in multi-national talks over North Korea in 2005. "North Koreans are getting very close to the line, and my concern is that they'll stumble over it and into some kind of conflict."

Anti-western rallies were in full swing Friday. North Korean soldiers cheered their young dictator at this mass rally in Pyongyang, chanting "death to U.S. imperialism" in a highly choreographed display.

North Korea released this photograph (left) of Kim meeting with his top generals, and it seems to show missile trajectories targeting the United States. There is no evidence a North Korean missile could reach the U.S. mainland.

In this photo, Kim's maps appear to highlight the movement of United States' 7th Fleet, which patrols Pacific waters.

CBS News asked the White House official about the practicality of attacking the U.S. 7th Fleet, and the official said "that's possible, if Kim Jong Un is playing a 'Call of Duty' video game."

Additionally, a state-run news report Friday announced the North Koreans are ready to strike several targets in the Pacific, including U.S. bases in Guam, South Korea and Hawaii.

A lot of the rhetoric, Hill said, also has to do with appealing to the North Korean people.

"I think there is a lot of concern about how they react to crisis, and it's clear that North Koreans are trying to make Kim Jong Un kind of acceptable to the North Korean people as a real tough kind of leader," he said. "In so doing, I think they're going to push this situation right to the limit, and the concern is they'll go over."