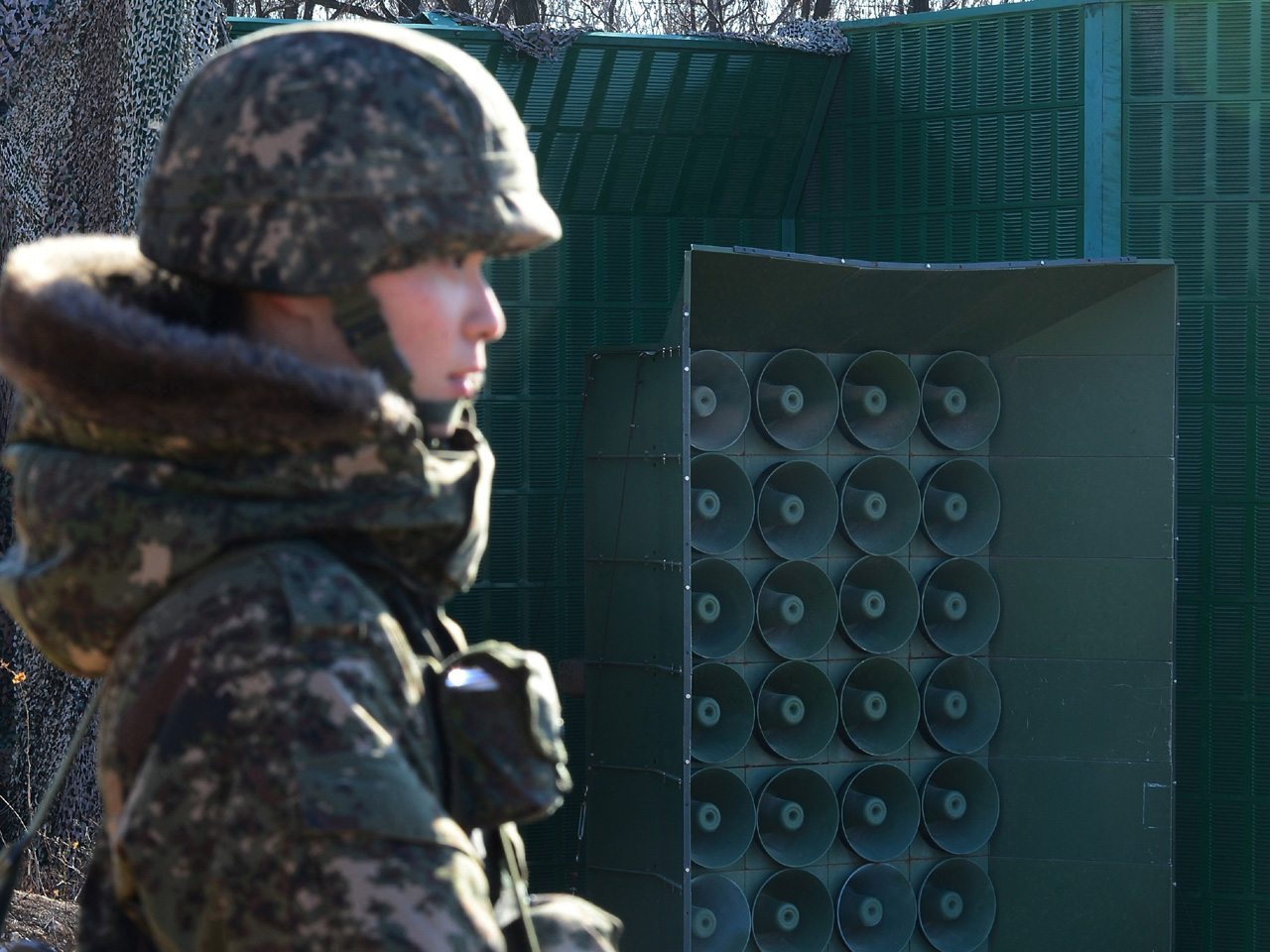 The broadcasts will draw a furious response from North Korea, which considers them an act of psychological warfare. Pyongyang is extremely sensitive to any outside criticism of the authoritarian leadership of Kim, the third member of his family to rule. When South Korea briefly resumed propaganda broadcasts in August after an 11-year break, Seoul says the two Koreas exchanged artillery fire, followed by threats of war.

North Korea didn't immediately react, but its response could be especially harsh because of the high emotions surrounding the likely birthday of Kim, who is believed to be in his early 30s. North Korean military forces often compete to show their loyalty to the leader. The North's state media has yet to mention Kim's birthday or South Korea's loudspeaker campaign.

The broadcasts came as world powers sought to find other ways to punish the North for its widely disputed claim to have conducted its first hydrogen bomb test.

U.S. Secretary of State John Kerry urged China, the North's only major ally and its biggest aid provider, to end "business as usual" with North Korea after the test.

At a U.N. Security Council emergency session, diplomats pledged to swiftly pursue new sanctions against North Korea, saying its test was a 'clear violation' of previous U.N. resolutions. North Korea is already heavily sanctioned. For current sanctions and any new penalties to work, better cooperation and stronger implementation from Pyongyang's protector China is seen as key.

It may take weeks or longer to confirm or refute the North's claim that it successfully tested a hydrogen bomb, which would mark a major and unanticipated advance for its still-limited nuclear arsenal.

U.S. intelligence is "highly skeptical" that North Korea actually detonated a hydrogen bomb device, CBS News Pentagon Correspondent David Martin reported. Their skepticism is based on analysis of the seismic wave the blast triggered, estimated to have been less than 10 kilotons -- about half the power of the weapon which destroyed Hiroshima at the end of World War II.

A hydrogen bomb -- which has never been used in war but was tested in the Pacific during the 1950s -- would be 50 to 100 times more powerful.

But even a test of an atomic bomb, a less sophisticated and less powerful weapon, would push its scientists and engineers closer to their goal of building a nuclear warhead small enough to place on a missile that can reach the U.S. mainland.

Later Friday, South Korea was to announce the results of its first round of investigations of samples collected from sea operations to see if radioactive elements leaked from the North's test, according to the Korea Institute of Nuclear Safety.

British Foreign Secretary Philip Hammond on Friday asked South Korea to refrain from the propaganda broadcasts. But South Korea sees K-pop and propaganda as quick ways to show its displeasure - and a guaranteed way to get a rise from the North's sensitive and proud leadership.

The broadcasts include popular Korean pop songs, world news and weather forecasts as well as criticism of the North's nuclear test, its troubled economy and dire human rights conditions, according to Seoul's Defense Ministry.

Performers on Seoul's propaganda playlist include a female K-pop band that rose to fame when its members fell multiple times on stage, a middle-aged singer who rose from obscurity last year with a song about living for 100 years and songs by a young female singer, IU, whose sweet, girlish voice might be aimed at North Korean soldiers deployed near the border.

North Koreans are prohibited from listening to K-pop. Despite that, North Korean defectors say South Korean music is popular in their home country, with songs and other elements of South Korea popular culture smuggled in on USB sticks and DVDs.

August's broadcasts, which began after Seoul blamed Pyongyang for land mine explosions that maimed two South Korean soldiers, stopped only after the rivals agreed on a set of measures aimed at easing anger.

Ministry officials refused to elaborate about what U.S. military assets were under consideration, but they likely refer to B-52 bombers, F-22 stealth fighters and nuclear-powered submarines.

When animosities sharply rose in the spring of 2013 following North Korea's third nuclear test, the U.S. took the unusual step of sending its most powerful warplanes - B-2 stealth bombers, F-22 stealth fighters and B-52 bombers - to drills with South Korea in a show of force. B-2 and B-52 bombers are capable of delivering nuclear weapons.

South Korea's spy service said it thought the estimated explosive yield from the blast was much smaller than what even a failed hydrogen bomb detonation would produce.

To build its nuclear program, the North must explode new and more advanced devices so scientists can improve their designs and technology. Nuclear-tipped missiles could then be used as deterrents and diplomatic bargaining chips - especially against the U.S., which Pyongyang has long pushed to withdraw its troops from the region and to sign a peace treaty formally ending the Korean War.