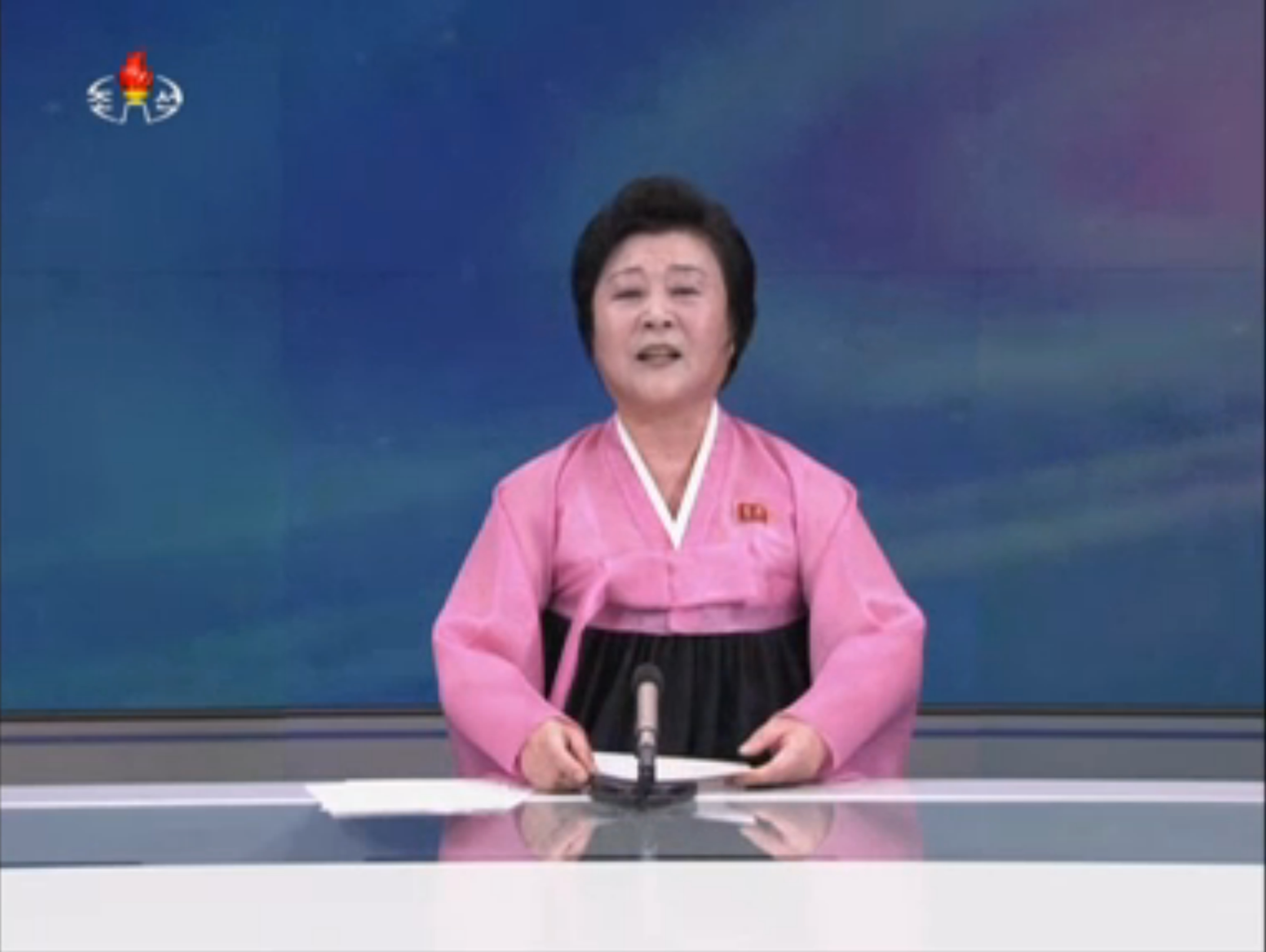 This week, Ri Chun-hee put the bomb in bombastic when she broke the "news" in her signature style that North Korea had successfully tested a hydrogen bomb. Whether there's any truth to that claim remains a matter of debate, but the announcement alone has had an impact on both sides of the Korean border.

Today it was South Korea's turn to crank up the pressure -- by pumping up the jam; blasting propaganda and pop music across the border into the North.

But in Ri Chun-hee, Pyongyang deployed its own weapon; rolling her out before the public and the world once again to breathlessly convey the purported H-bomb breakthrough.

"We will not disrupt or dismantle the program," she said, "until the U.S. reverses its vicious hostile policy toward North Korea."

The 70-something grandmother is the go-to news anchor when the regime wants to impress the world, and those under its control.

Often outfitted in the Chima Jeogori, a traditional Korean ensemble, her unbridled exuberance and passion plays well in an isolated country that prides itself on the projection of power -- real or imagined -- under Supreme Leader Kim Jong Un.

Otherwise she'd be out of a job, obviously -- or worse.

She barely made it through the theatrically dramatic announcement on the death of Kim's father, Kim Jong Il, in 2011.

"We make this announcement with great sorrow," she said.

In an interview with Chinese television, Chun-hee recommended that a good anchor shouldn't shout, but speak gently to viewers.

While that advice that may have fallen on deaf ears to some of North Korea's up-and-coming talent -- one of whom recently bellowed through televisions at the country's citizens -- her style is clearly one that we in the West find amusing.

But all the bombast and drama hits home, back home, says David Kang, director of the USC Korean Studies institute.

"This is classic propaganda," says Kang. "The regime is telling a story to the people and she symbolizes that story, which is: 'we're the real Koreans.' She wears a traditional Korean dress, she's a woman, which is also typically more considered to be the hearth and the home. And yet she's powerful and defiant."