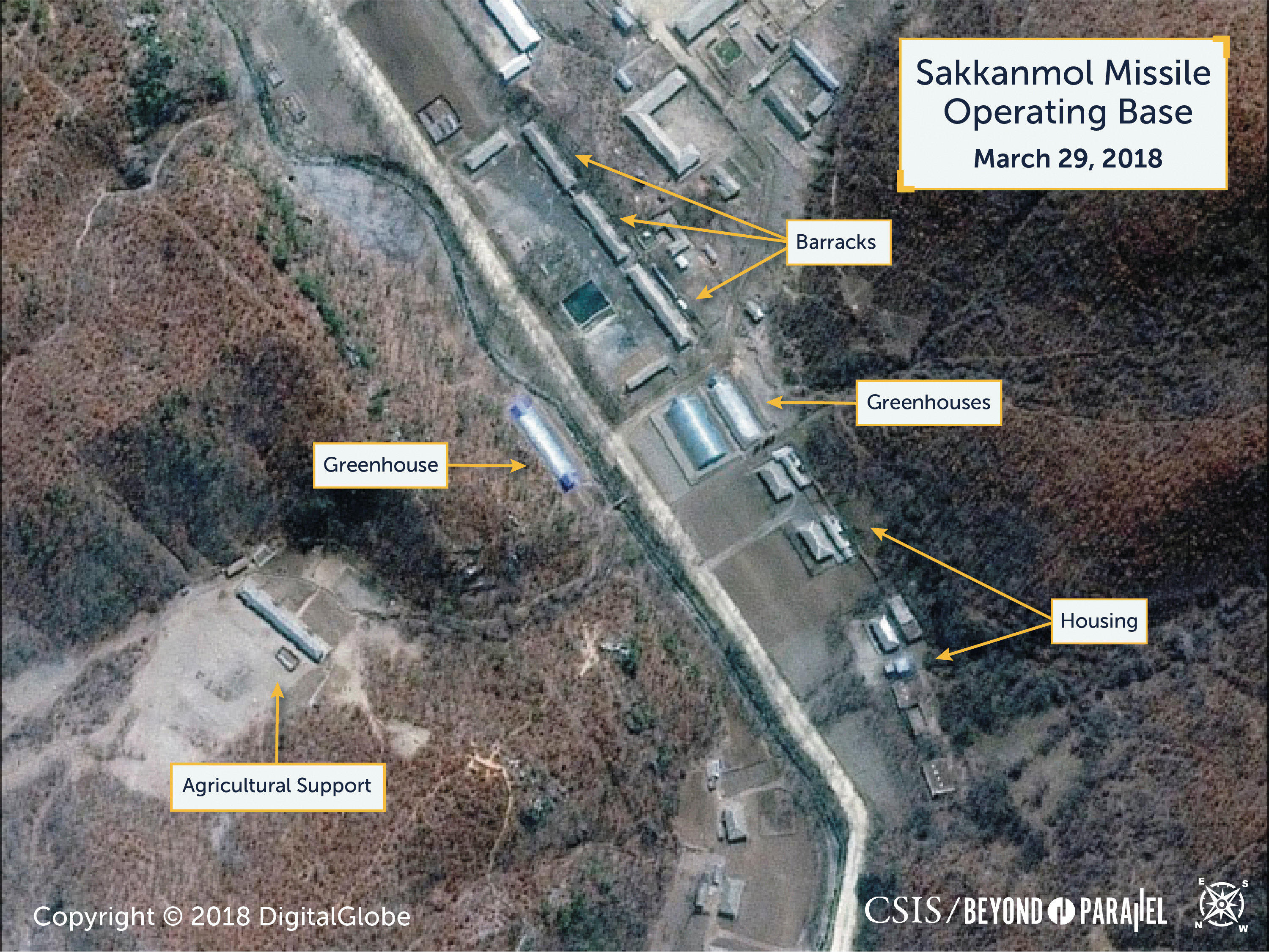 The administration has said it is hopeful about eventually reaching an agreement with North Korea. President Donald Trump declared after his historic summit in June that with President Kim Jong Un there was "no longer a nuclear threat from North Korea." But a report based on satellite imagery shows the complexity posed by an extensive network of weapons facilities that the U.S. wants to neutralize.

Decades of "concealment and deception"

A report from the Center for Strategic and International Studies has identified 13 secret facilities used to produce missiles and related technology.  Although the sites are not launch facilities and in some cases are rudimentary, the authors of the report say they are hidden and illustrate the scope of the North's weapons program and the country's determination to conceal its military might.

"The dispersed deployment of these bases and distinctive tactics employed by ballistic missile units are combined with decades of extensive camouflage, concealment and deception practices to maximize the survival of its missile units from pre-emptive strikes and during wartime operations," they said.

The authors say the sites, which can be used for all classes of ballistic missiles, should be declared by North Korea and inspected in any credible, verifiable deal that addresses Pyongyang's most significant threats to the United States and its allies.

Kim took exception to a New York Times article on the report that said North Korea was engaging in "great deception," saying that the North has never promised to dismantle a short-range ballistic missile base 84 miles northwest of Seoul that was highlighted by CSIS.

Kim said such suggestions can "trigger misunderstanding and potentially block dialogue ... at a time when we need dialogue between North Korea and the United States."

Seoul has worked hard to revive nuclear negotiations between the U.S. and North Korea that have reduced fears of war in South Korea following a series of North Korean weapons tests and threats of military action by Mr. Trump last year.

An "Interesting but unsurprising report"?

North Korea analysts not involved in the report said the findings were not surprising given Pyongyang's past activities but were still cause for concern. They noted that Kim had not agreed to halt either nuclear weapons or missile development in negotiations with Mr. Trump or Secretary of State Mike Pompeo.

"The fact that North Korea has continued to build nuclear weapons and ballistic missiles in the midst of high-level diplomacy with China, South Korea and the U.S. should not come as a surprise," said Abraham Denmark, the Asia program director at The Wilson Center. "Despite all the summitry, North Korea is just as dangerous today as it was a year ago."

"Improving relations with Pyongyang may be a laudable goal, but any claim that the North Korean nuclear and missile threats have been solved is either wishful thinking or purposefully deceptive," he said.

The report was released less than a week after North Korea abruptly called off a new round of negotiations with Pompeo that had been set for Thursday in New York. The cancellation, which the U.S. ascribed to scheduling issues, followed threats from North Korean officials to resume nuclear and missile testing unless U.S. sanctions are lifted.

The administration has said repeatedly that sanctions will not be lifted until a denuclearization agreement is fully implemented.