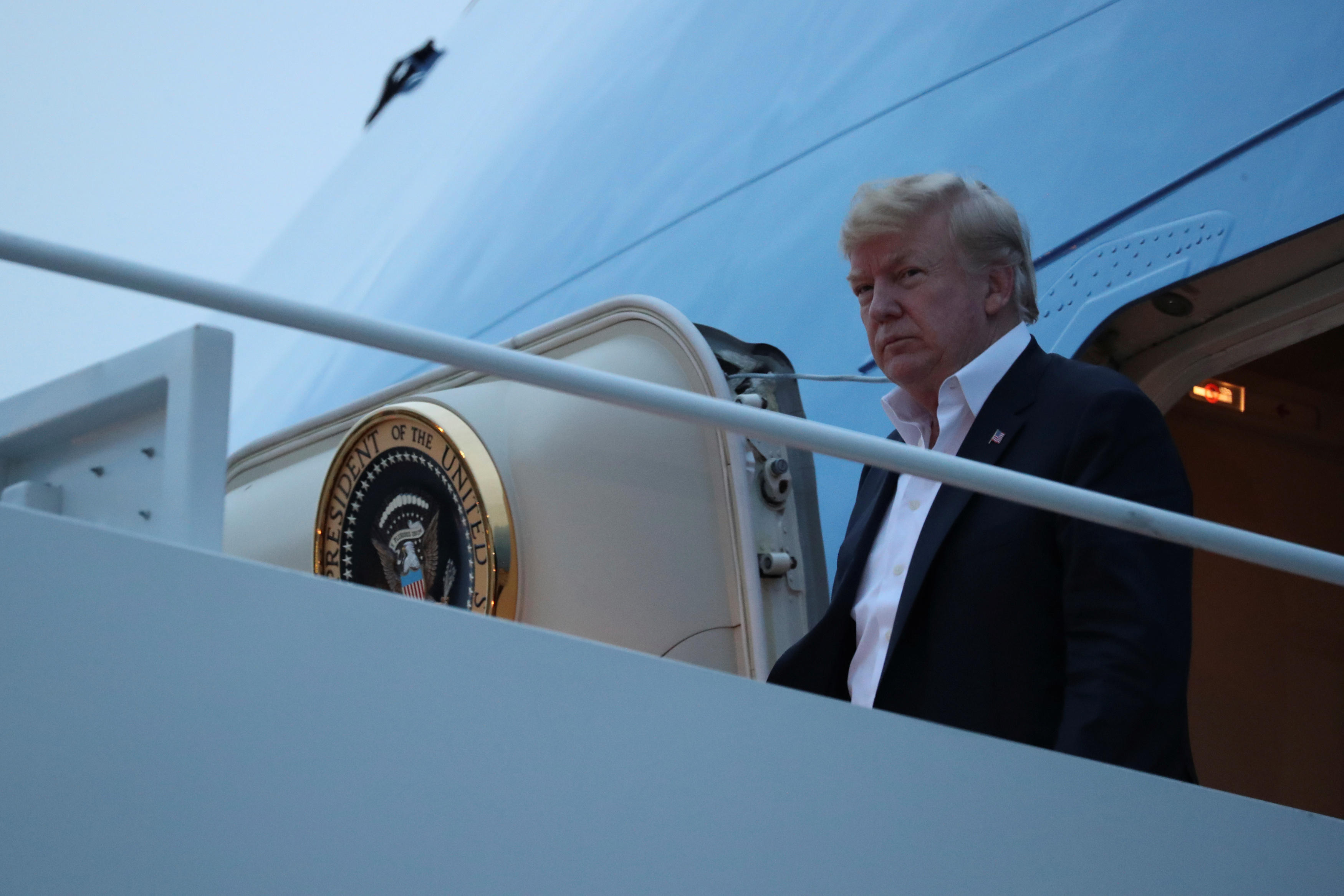 President Donald Trump has arrived back in Washington from his historic nuclear summit with North Korea's Kim Jong Un in Singapore. On Wednesday morning, he took to Twitter to claim there was "no longer" a nuclear threat posed by the North Korean regime.

"Just landed - a long trip, but everybody can now feel much safer than the day I took office. There is no longer a Nuclear Threat from North Korea. Meeting with Kim Jong Un was an interesting and very positive experience. North Korea has great potential for the future!" Mr. Trump tweeted.

He added, "Before taking office people were assuming that we were going to War with North Korea. President Obama said that North Korea was our biggest and most dangerous problem. No longer - sleep well tonight!"

Over the course of five hours, the leaders shook hands at least eight different times, and left the summit having signed a joint statement that called for better relations, peace between the two Koreas and denuclearization.

"A lot of good will went into this. A lot of work," Mr. Trump said of the summit.

But the future remains uncertain -- the U.S. and North Korea did not reach any agreement on the details of how to achieve or verify that denuclearization.  "We'll be verifying," the president remarked in a rare, extended news conference after the summit. Mr. Trump also claimed Kim told him North Korea has destroyed a "major" missile testing site, although he didn't expand on that.

Mr. Trump said the U.S. will be continuing sanctions until denuclearization occurs -- but suggested sanctions might be lifted earlier than many experts thought possible.

Air Force One touched down at Joint Base Andrews early Wednesday morning, completing the president's marathon trip to Asia for talks with the North Korean leader. He told reporters on tarmac upon landing that it had been a "great three days." The president made refueling stops in Guam and Hawaii on his return to Washington.

While his aircraft refueled in Hawaii, Mr. Trump thanked Kim for "taking the first bold step toward a bright new future for his people," saying their summit on Tuesday "proves that real change is possible!"