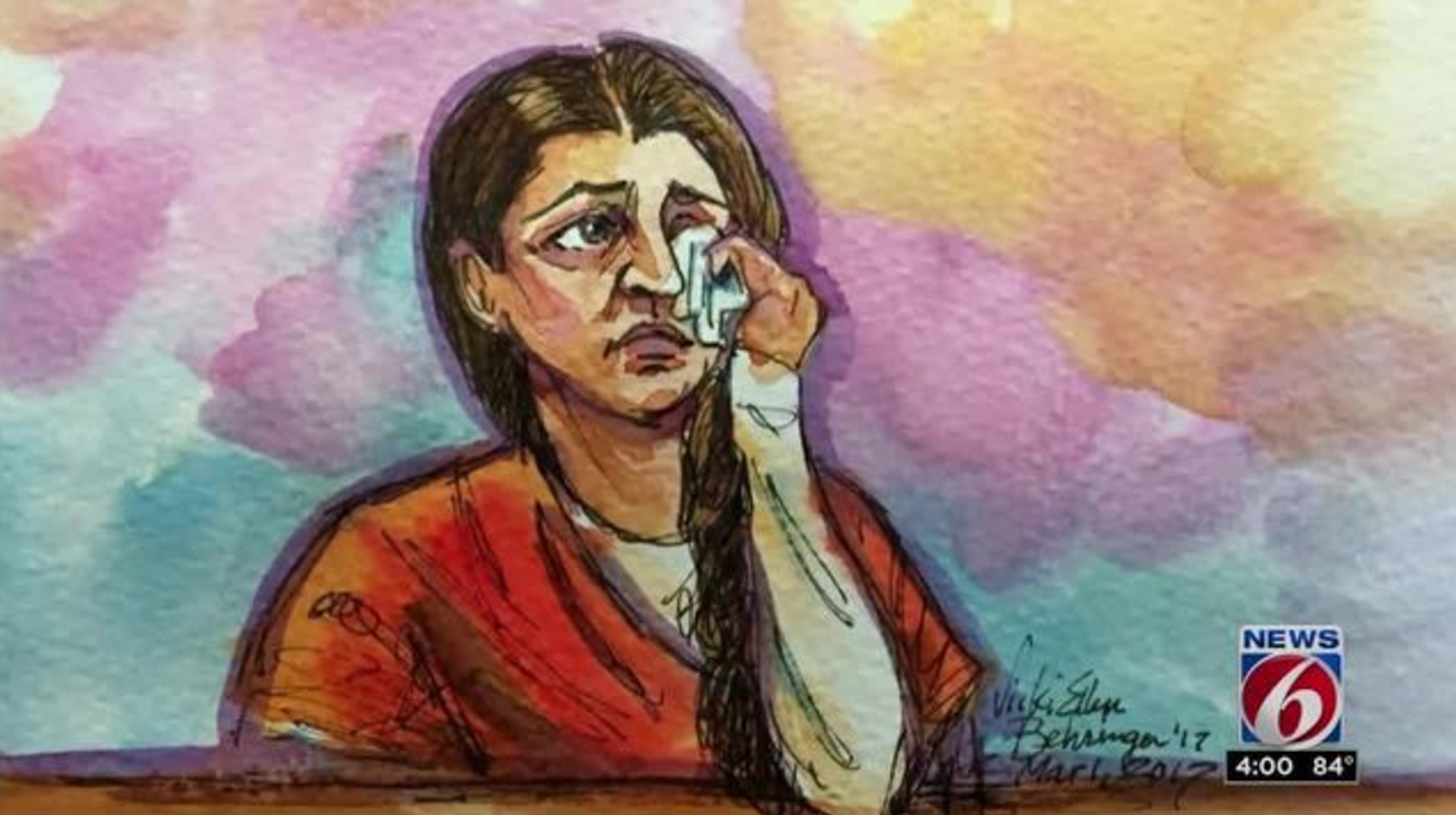 ORLANDO --  A jury has found the wife of Orlando gunman Omar Mateen not guilty of aiding her husband in the deadly attack.

Noor Salman was accused of aiding and abetting the attempted provision and provision of material support to a foreign terrorist organization and obstructing justice in connection with her husband's attack on the Pulse nightclub. She was found not guilty of all charges.

Salman's husband shot and killed 49 people in the nightclub in June 2016. Police killed him after the attack.

Prosecutors say Salman knew about Mateen's plans and did nothing to stop them. Her lawyers say she had no knowledge of what he intended to do and was mentally and physically abused by him. They say she wasn't an Islamic extremist.

The jury began deliberating at 1:42 p.m. Wednesday, following hours of closing statements from government prosecutors and defense attorneys that morning, reports CBS affiliate WKMG. They asked several questions about the charges Salman faced and closely examined the statement she made to the FBI in the hours after the attack.

She had faced up to life in prison.

There were no cameras in the federal courtroom. A reporter for WKMG said Salman cried as the verdict was read, as did her family. Families of the Pulse victims sat silent in the courtroom, the station reports. Some were seen outside the courtroom with tears in their eyes, hugging other family members of victims.

A Salman family spokeswoman apologized to the survivors and victim's families outside the court.

"We're looking forward to taking my niece and hiring the best therapist for her, I don't know how she's going to make up for the last two years," her uncle Al Salman told reporters.

He said the "only thing she has in her life is her son."

Orlando police chief John Mina said in a statement released on Twitter he was grateful for the jury's hard work and deliberation.

"Nothing can erase the pain we all feel about the senseless and brutal murders of 49 of our neighbors, friends, family members and loved ones," the statement said.

Orange County Sheriff Jerry Demings said in a statement he is disappointed in the trial's outcome, but the victims and their families are "more disappointed."

"This has been an emotional event for our community and many may feel that justice has not prevailed; however, the system of justice has spoken and we should look to the continued healing for the families and our entire community so this event will not define us," Demings said.

Prosecutors said Salman and her husband scouted out potential targets together — including Disney World's shopping and entertainment complex — and she knew he was buying ammunition for his AR-15 in preparation for a jihadi attack. She knew that he had a sick fascination with violent jihadi videos and an affinity for Islamic State group websites and gave him a "green light to commit terrorism," prosecutors said.

Defense attorneys described Salman as an easily manipulated woman with a low IQ. They said Salman, who was born in California to Palestinian parents, was abused by her husband, who cheated on her with other women and concealed much of his life from her.

Attorney Charles Swift argued there was no way Salman knew that Mateen would attack the Pulse nightclub because even he didn't know he would attack it until moments before the shooting.

"It's a horrible, random, senseless killing by a monster," Swift said during closing arguments. "But it wasn't preplanned. The importance to this case is that if he didn't know, she couldn't know."

Salman's statement to the FBI in the hours after the attack appeared to play a key role in the case. In the statement, Salman said over "the last two years, Omar talked to me about jihad."

She claimed her husband didn't use the internet in their home, but he did. She told investigators that Mateen had deactivated his Facebook account in 2013, but they found that he had an account up until the month of the shooting — and was friends with his wife. She said her husband only had one gun when he had three, and that he wasn't radicalized.

Mateen had pledged allegiance to the Islamic State group before he was killed.

Salman also advised Mateen to lie to his mother when she inquired about his whereabouts on the night of the shooting, prosecutors said.

Defense attorneys said the FBI coerced Salman's statement and she signed it because she was tired after extensive questioning and feared losing her young son. They fought to have it thrown out.

Jurors asked to review the statement more closely a couple of hours into their deliberations and the judge obliged, printing off copies for them.

During the trial, prosecutors said Mateen, who was born in New York to Afghan immigrants, intended to attack Disney World's shopping and entertainment complex by hiding a gun in a stroller but became spooked by police and instead chose the gay club as his target.

Assistant U.S. Attorney Sara Sweeney showed surveillance video of the Disney Springs complex that captured Mateen walking near the House of Blues club in the hours before the Pulse attack. In it, he looks behind him at police officers standing nearby before deciding to leave.

Salman's attorney took the jury through the hours of her life before the attack. She called a friend and her uncle in California, saying that she was coming to visit and that Mateen would be joining them.

She talked with her in-laws, ate at Applebee's and texted Mateen. He didn't respond. She later went on Facebook, read a book and then texted Mateen again.

"You know you work tomorrow," she wrote.

He responded: "You know what happened?"

She wrote, "What happened?"

Then he sent his last text: "I love you babe."

Salman did not testify in her defense.