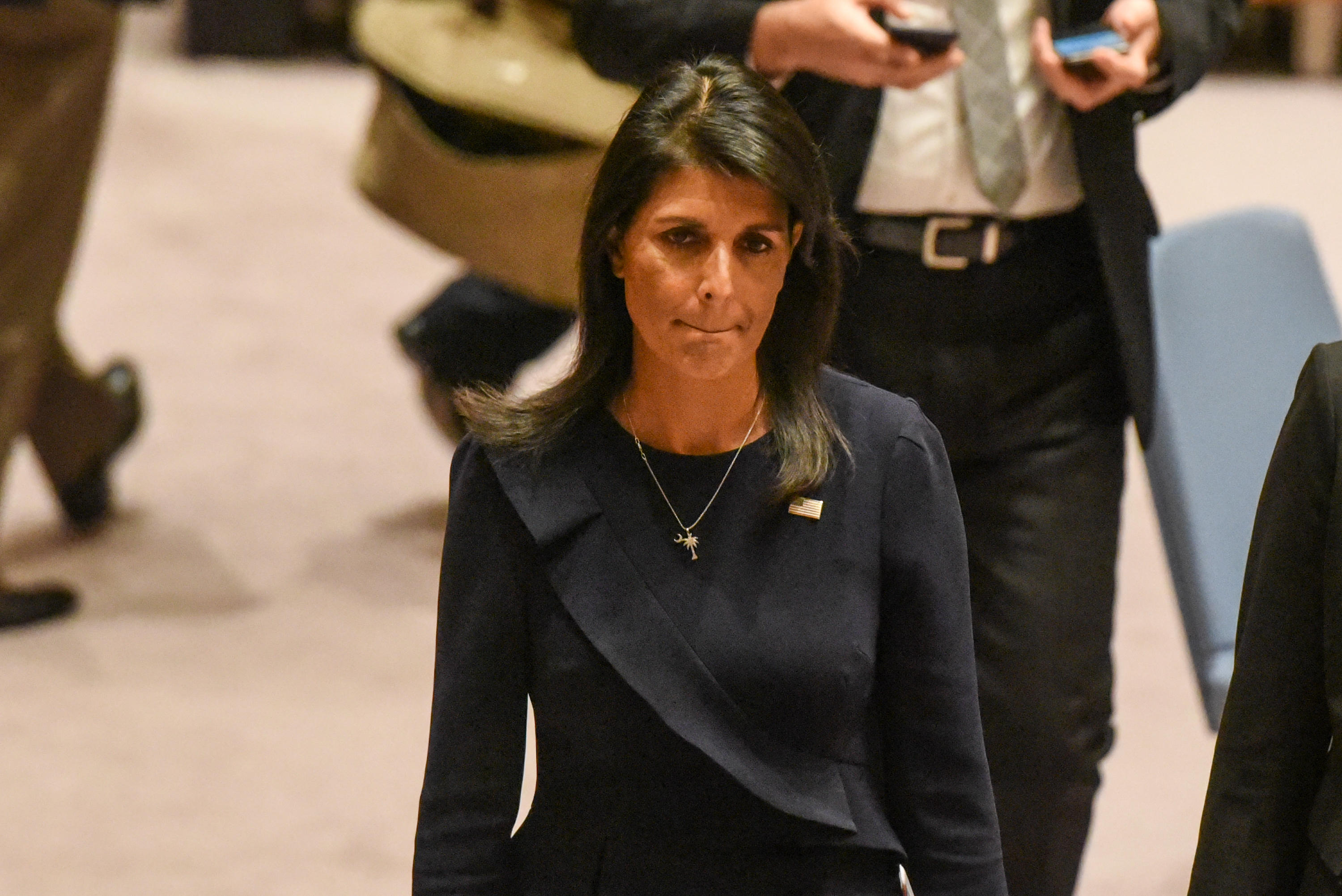 America's ambassador to the United Nations is raising the prospect of U.S. military action against North Korea if the North continues its missile and nuclear tests.

Nikki Haley says North Korea will be "destroyed" if it continues with what she describes as "reckless" behavior.

Haley tells CNN's "State of the Union" that the U.N. Security Council has basically exhausted its diplomatic options for dealing with North Korea.

If diplomacy fails, she says Defense Secretary Jim Mattis "will take care of it."

Her new warnings come after she previously told the UN that North Korean dictator Kim Jong Un was "begging for war" with his continued defiance of international sanctions barring his country from nuclear and missile tests.

Haley told an emergency session of the U.N. Security Council that "enough is enough" from North Korea, which she said must face the "strongest possible measures" from the council for conducting continued missile tests.

North Korea will be high on the agenda during the U.N. General Assembly session in New York this coming week.

Haley says President Donald Trump's "fire and fury" threat against North Korea wasn't an empty threat. She says war is undesirable but adds that "something has got to be done" if North Korea continues to threaten the U.S. and its allies.

Mr. Trump is expected to address the ongoing threat posted by the North Korean regime, as Secretary of State Rex Tillerson told CBS' "Face the Nation" on Sunday that the president will deliver a message to the UN that promotes and advocates for "the strength of democratic values" which he says are currently "under attack" by those seeking to undermine them.