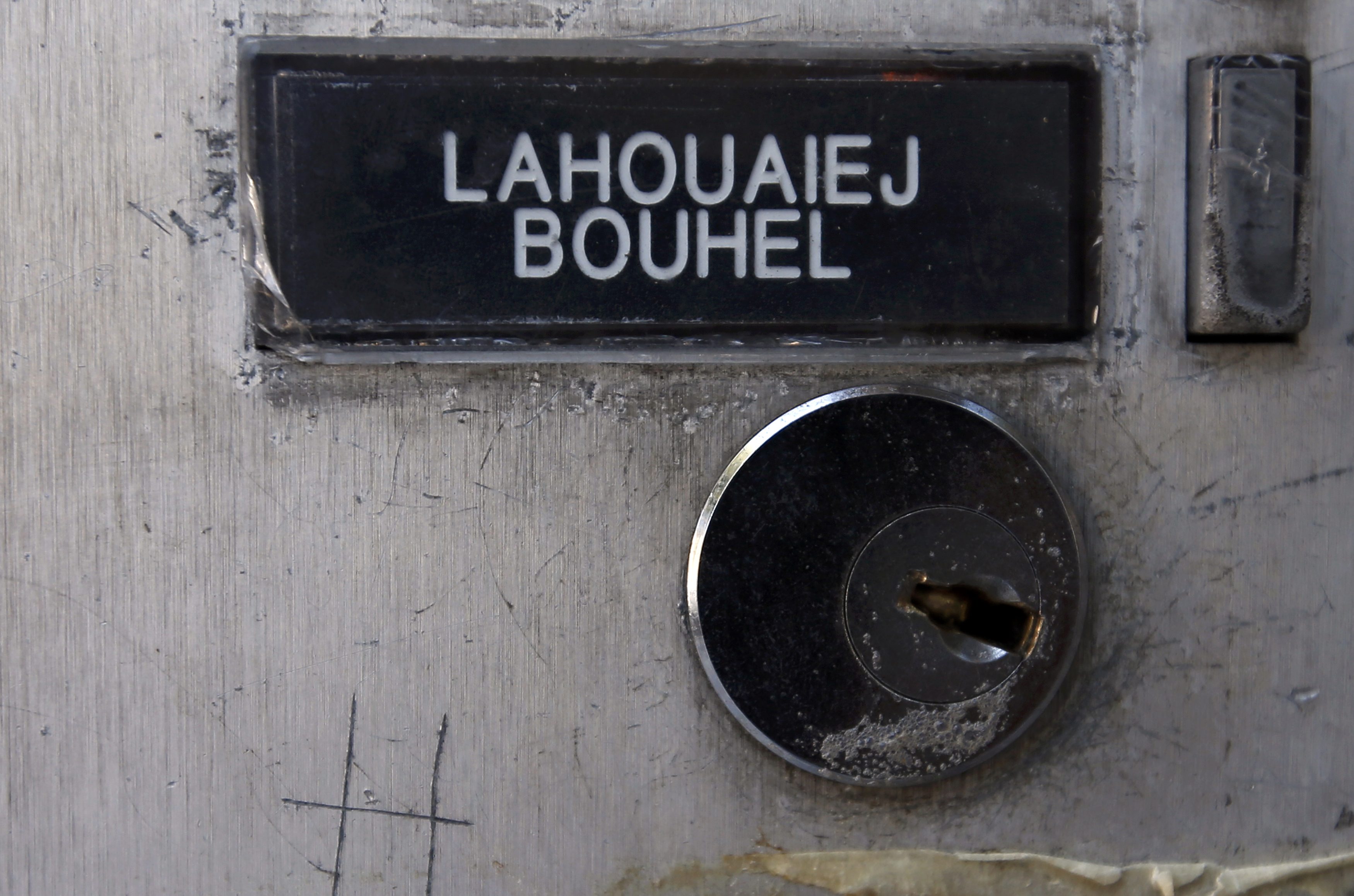 MSAKEN, Tunisia -- The uncle of the truck driver who killed 84 people on the French Riviera says his nephew was indoctrinated about two weeks ago by an Algerian member of the Islamic State of Iraq and Syria (ISIS) in Nice.

French officials could not confirm Monday that attacker Mohamed Lahouaiyej Bouhlel had been approached by an Algerian recruiter, saying that the investigation is ongoing.

ISIS claimed responsibility for last week's attack, though Interior Minister Bernard Cazeneuve said Monday that investigators have found no sign yet that Bouhlel had links to a particular network.

Speaking Monday, a French prosecutor said Bouhlel had searched online for information about the recent attack by a gunman at an Orlando nightclub -- which was also claimed by ISIS but not believed to be connected directly to the group -- and for ISIS propaganda. He reitterated, however, that investigators had found no concrete links between Bouhlel and the terror group.

Prosecutor Francois Molins did say that Bouhlel's interest in jihadist content online seemed to emerge in just the weeks leading up to the attack.

The driver's uncle, Sadok Bouhlel, told The Associated Press that given Bouhlel's family problems -- he was estranged from his wife and three children -- the Algerian "found in Mohamed an easy prey for recruitment."

Bouhlel's rapid radicalization has puzzled investigators. Friends and family said he had not been an observant Muslim in the past. Cazeneuve said Monday on RTL radio that the driver may have been motivated by ISIS messages but not necessarily coordinating with a larger network.

"Mohamed didn't pray, didn't go to the mosque and ate pork," said Sadok Bouhlel, a 69-year-old retired teacher, in the driver's hometown of Msaken, Tunisia. The uncle said he learned about the Algerian recruiter from extended family members who live in Nice.

CBS News correspondent Elizabeth Palmer said Bouhlel was employed as a truck driver and was known to the police before his rampage. He had a history of violence, but police said they never saw any indication he'd been radicalized.

"He stank of alcohol, even during Ramadan," she told Palmer, referring to the Muslim holy month. "It was his eyes, they scared me."

His father said Bouhlel had violent episodes during which "he broke everything he found around him."

"Each time he had a crisis, we took him to the doctor who gave him medication," Mohamed Mondher Lahouaiej Bouhlel told France's BFM television.

Sadok told the AP he was devastated by his nephew's act, and doesn't want him buried in Msaken. "He made more than 80 families grieve, and stained the reputation of our town and our country."

At the news conference Monday, the prosecutor Molins said 13 bodies of the victims of the attack remained unidentified.

Many of the dead and injured were children watching a fireworks display with their families. Cazeneuve said 59 people are still hospitalized after the attack Thursday, 29 of them in intensive care, out of 308 people injured overall.

France held a moment of silence Monday to remember the victims. Thousands of people massed on the waterfront promenade where the Bastille Day celebrations became a killing field on Thursday night.

Among the mourners was Prime Minister Manuel Valls, who was loudly booed as he arrived at and left the ceremony in Nice.

Interior Minister Bernard Cazeneuve hit back Monday, listing a series of laws and extra police forces created under Hollande's presidency "to face a threat that France was not prepared for" when he took over from Sarkozy in 2012.

After a special security meeting, Defense Minister Jean-Yves Le Drian said French forces in the U.S.-led coalition struck ISIS targets again overnight and on Sagturday. French warplanes have been involved in the operation in Iraq and to a lesser degree in Syria.