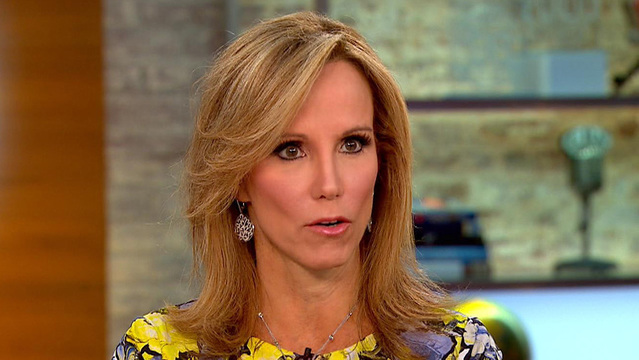 A day of celebration for Bastille Day - France's equivalent of the Fourth of July - turned into horror when a truck plowed into a crowd gathered to watch fireworks along the boardwalk at Promenade des Anglais in Nice, killing 84 people and injuring dozens of others.

The massacre is the third major terror attack to rock the country in recent months, following the January 2015 Charlie Hebdo shooting and the Paris attacks just eight months ago.

But according to national security expert Fran Townsend what makes this atrocity "most terrifying" is the "commonality" of what was used to inflict harm.

"The fact that he used a truck is what allowed him to sort of... in just an awful way, tragic way, be able to go for such a long period of time," Townsend told "CBS This Morning" Friday. But while the attack is shocking, it isn't surprising to intelligence officials. Townsend said the tactic could have been expected sooner, as both al Qaeda and ISIS "have called for the use of vehicles to, as they say, mow down the enemy."

According to former CIA deputy director and CBS News senior security contributor Michael Morell, the DHS and FBI had already put out a report in 2010 warning of the use of a vehicle as a weapon. He warned that it was "just a matter of time" before we see similar attacks in the U.S.

The driver of the truck has been identified as 31-year-old Mohamed Lahouaiej Bouhlel, a French resident born in Tunisia, according to law enforcement officials. Details are still emerging, but Morell said it is "safe to assume that he was an ISIS sympathizer."

Bouhlel had not been on the radar of intelligence officials; in fact, he "had no reason to be known" to French or U.S. intelligence, according to Townsend. He was known to local police for petty crimes, but that should not have "tripped anybody up."

But this points back to the "troubling thing about ISIS," Townsend said.

"Traditionally, the old Al Qaeda core was a hierarchical group and so they got approval for plans," Townsend said. "ISIS now has proven themselves to be this decentralized movement where individuals are self-radicalized and self-initiated in these kinds of attacks, which makes them much more difficult to predict and prevent."

As terrorists increasingly target public areas, foiling the attacks are also becoming more difficult. Townsend said this heightens pressure on the intelligence community to identify the potential attackers before they act. According to Townsend, the "key to defeating ISIS" is to attack the group's ideology, which has been an ongoing challenge through the Bush and Obama administrations.

"There's something about this ideology and the way that they sort of espouse it that's attracting the disaffected -- some with mental illness obviously -- and we've got to fight the ideology and I think that's been the biggest challenge to the U.S. government.... It's always confounded us how best to do that."

Morell agreed, saying that "we need -- as a government, as a society -- to get our arms around the bigger problems, which is why large numbers of large people are being radicalized."

"And that has to do with a feeling in fundamentalist Islam that the modern world is a threat to their religion and violence is an acceptable answer, the failure of governance in many Middle Eastern and African countries that don't give people hope for the future and a struggle between Iran and Arab Gulf States that stoke sectarianism," Morell said, calling for greater dialogue between U.S. and Muslim leaders.

Investigators are looking into Bouhlel's contacts, email, travel history and other warning signs as they try to determine if he was a lone actor. Two Americans are among the victims, so the FBI will now have jurisdiction to open up a counterterrorism investigation here.