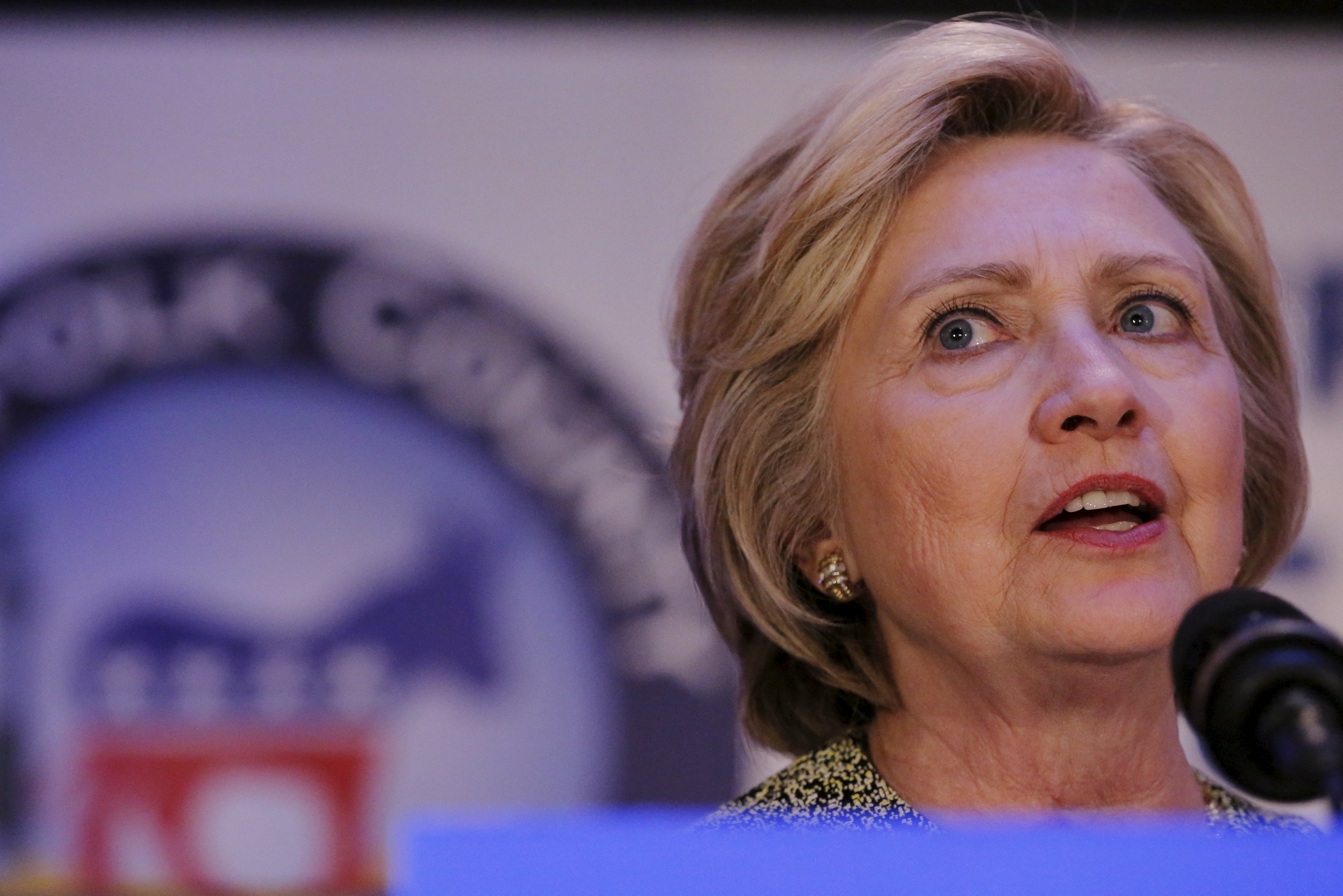 Just a week out from an increasingly competitive Democratic primary in New York, one of the state's largest newspapers is throwing their weight behind front-runner Hillary Clinton.

"By choosing Clinton, Empire State Dems would powerfully signal that the party has gotten real about achieving long-sought goals," wrote the tabloid in an editorial published Tuesday. In its headline, the editorial praised Clinton's economic plans as "far superior" to Sanders'.

The paper ticked off the qualities Clinton possessed for a successful White House run, including her "strength and shrewdness," her knowledge of presidential authorities, and her understanding of "the toll that adverse economic forces" have had on the country. The editorial board also touted her as "cauldron-tested globalist" from her time as secretary of state.

And, they added, Clinton was "unsparingly clear-eyed about what's wrong with America while holding firm to what's right with America."

Of Sanders, the paper called him "utterly unprepared" for the Oval Office and derided his campaign platforms as "politically impossible."

"As would happen with any ideological phenomenon, close inspection of Sanders' thinking clarifies that trust is misplaced," the Daily News' editorial board said. They criticized his plans to for a "bank-busting campaign" as unrealistic, along with his proposals to raise taxes in order to pay for universal health care and free public college tuition. On foreign affairs, the paper savaged the Vermont senator over his views on Israel and Palestine and his plans to confront Islamic State of Iraq and Syria (ISIS) terrorists.

The Daily News -- which published an interview last week that shone a harsh light on Sanders' policy stances -- also accused Sanders' of being hypocritical in his politics.

"Sanders' ideological purity has found a boundary in political convenience," the paper's editorial board wrote. "He roundly and repeatedly denounces corporate America for destroying the fabric of America, yet, representing a Second Amendment-friendly state, he voted to grant the gun industry near total immunity from lawsuits."