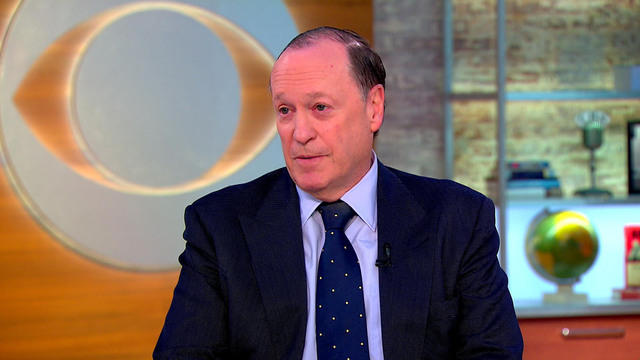 A recent study reveals nearly half of adults in the U.S. sometimes or often use social media as a news source. But both Facebook and Twitter acknowledged that Russian propaganda reached millions of Americans through their platforms around the 2016 election -- 126 million on Facebook alone.

Now, a new venture aims to help people navigate through fake news on social media. NewsGuard Technologies is a $6-million venture that will launch this fall to battle "fake news."

The startup will use analysts to research and rate thousands of news sources. They hope to license their findings to social media companies and other platforms.

"We're going to apply common sense to a problem that the algorithms haven't been able to resolve," said NewsGuard technologies co-founder Steven Brill, an author, journalist and entrepreneur who founded Court TV and The American Lawyer magazine.

On "CBS This Morning" he explained how it works:  "We're going to hire dozens of journalists to read and review the 7,500 news and information sites that are responsible for 98 percent of [news] consumption in the United States. It's going be very simple; they're going to be charged with telling the difference between the Denver Post, which is a real newspaper, and the Denver Guardian, which is a hoax site.

NewsGuard will rate news sources red, yellow or green. And when a user mouses over a link to a news source, they'll see a description that Brill calls a "nutrition label" that will give the background of the publication, who owns it, who is backing it, their history, are they responsible, and how readers can complain if they have a complaint about something.

If, Brill suggested, there is a site with information about fracking and it's financed by the American Petroleum Institute, readers will see that, too.

Co-host Gayle King asked Brill if NewsGuard has the cooperation of Facebook, Twitter and other social media sites where links to news sources are commonly shared.

"There are about a half a dozen of them that we think will want to license the data," Brill replied, "plus the advertising agencies will want to license it so they can keep their ads off of the fake sites. What we're asking them in terms of licensing fees is a fraction of what they're paying their PR firms and their lawyers to talk about how hard the problem is to solve."

Co-host Bianna Golodryga asked, "Facebook did this but in reverse. For their What's Trending app, they had people initially going through [links], and then they were accused of being biased and [so] they turned to algorithms, which got us to where we are now. How are you going to avoid being accused of bias?"

"First of all, with Facebook, they didn't tell you who the people were," Brill said. "We will list the backgrounds and the names of everybody doing every review. We will take all kinds of complaints. The complaints will be public. We'll have an appeal system.

"We're saying there's a real difference between the Denver Guardian, which is a fake site, and the Denver Post. And if the Denver Guardian wants to 'game our algorithm' (which isn't an algorithm), they just have to start doing real news, and be accountable, for it and tell people who they are."

The nutrition labels will also clarify the political or ideological slant of a news source. Brill said, "There's obviously a difference between the Nation magazine and the National Review, but they're both legitimate news organizations who try to get it right. They just come at it from a different perspective. If you click on the nutrition label for each, you will see exactly that, in their own words, what they say their missions are."

King asked, "President Trump uses the term 'fake news' very liberally; some people say he uses the term when it's an unflattering story about him or his administration. How do you define fake news?"

"Something that is deliberately aimed at defrauding you," Brill replied. "It's a hoax, or it's a propaganda from the Russian government."

When asked if people who are comfortable with maintaining their "silo" of limited news feeds that may be providing them the information they want to hear, but aren't interested in expanding their sources, Brill said, "That comes under the category of acknowledging that we're not going to solve all the problems in the world. In a world where a certain percentage of people think that 9/11 was an inside job by the Bush administration, and another percentage think that President Obama was not born in the United States, we're not going to satisfy everybody. But we are going to equip people to understand the basics behind the headlines that they're seeing on their searches and on their feeds."