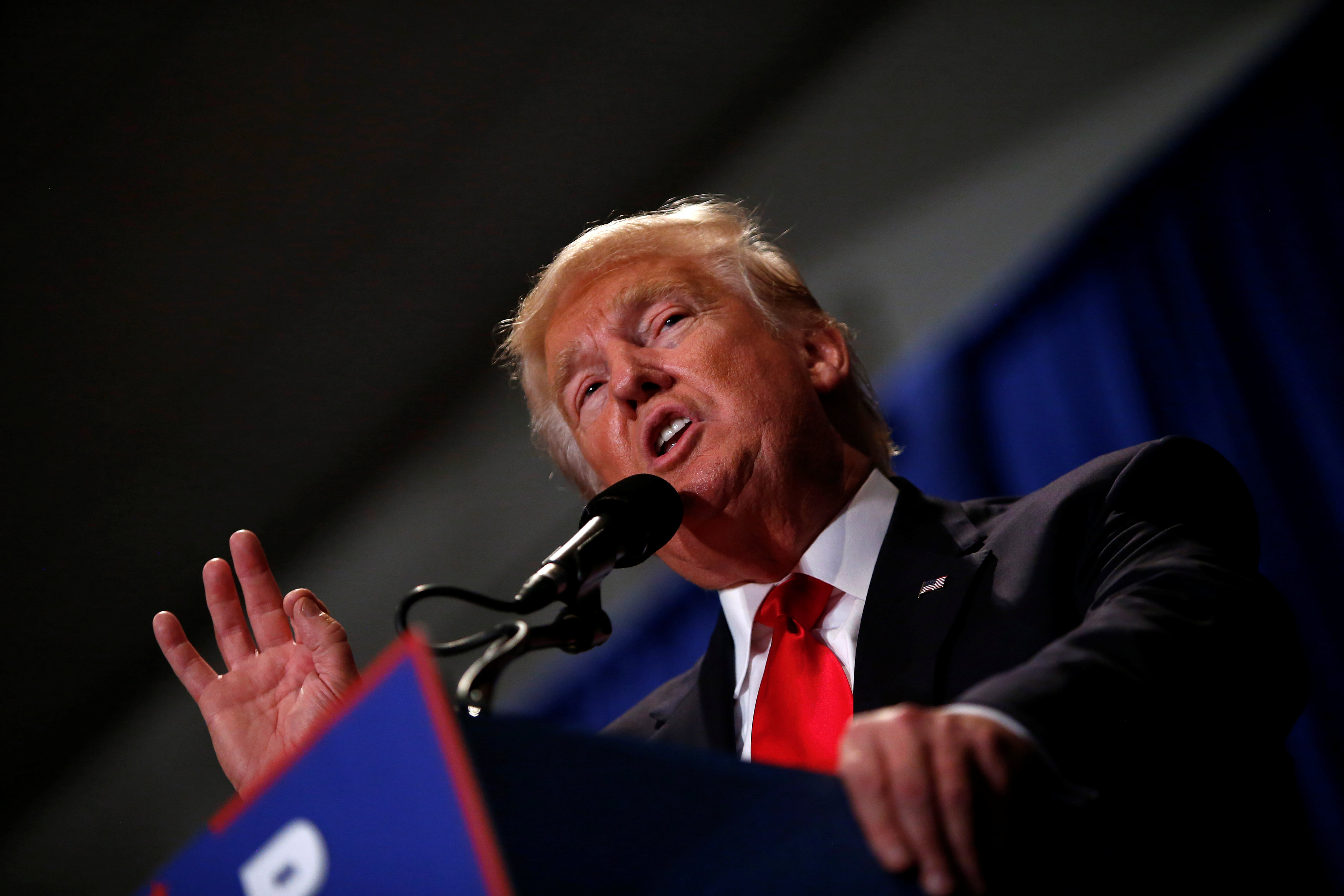 President Trump presented ambitious and strong promises and platforms during his campaign to "make America great again," ranging from building a border wall to seeking to prosecute former Secretary of State Hillary Clinton.

But since then, he's made some startling shifts as he approaches the end of his first 100 days in office, disappointing some supporters, while leaving others unfazed. A whopping 96 percent of Mr. Trump's voters said they would vote for him again, according to a recent ABC/Washington Post poll. Here are the positions and promises on which Mr. Trump has done an about-face.

President Donald Trump railed against the Export-Import Bank -- the export credit agency wholly owned by the federal government -- which supports exporters by helping foreign entities with loans so that they can purchase American-made products. During his campaign, he called it "feather bedding for politicians and others."

But, earlier this month, he said he had changed his mind and now believes the system is good, produces jobs and pays for itself.

"Instinctively, you would say, 'Isn't that a ridiculous thing,'" Trump told The Wall Street Journal. "But actually, it's a very good thing. And it actually makes money, it could make a lot of money."

2. Staying out of the Middle East

Throughout his campaign, Mr. Trump emphasized avoiding conflicts in the Middle East and focusing on domestic issues, trumpeting an "America first" policy stance.

But by April, that stance apparently shifted, with Mr. Trump authorizing a strike on a Syrian airbase in response to a deadly chemical weapons attack, and allowing the U.S. military to drop the "mother of all bombs" on a network of ISIS tunnels in Afghanistan.

In 2013, before entering the 2016 presidential race, Mr. Trump decried the possibility that former President Barack Obama would use military force in Syria without congressional authorization.

A few weeks back, Mr. Trump authorized an air strike on the Syrian airbase where he said the chemical weapon attack originated. He indicated that watching the deaths of children shifted his perspective.

But earlier this month, he praised the organization and said he believes the U.S. can accomplish much through its partnership.

"I said it was obsolete; it's no longer obsolete," the president said.

Later, in an interview with the Associated Press, the president admitted he didn't know much about NATO when he called NATO "obsolete," and said he knows much more now.

During his campaign, Mr. Trump insisted Mexico would pay for a wall bordering it and the U.S. to keep out immigrants here illegally.

But in recent weeks, the president has pushed Congress to pay for the wall with American tax dollars.

During his campaign against former Democratic opponent Hillary Clinton, Mr. Trump strongly attacked her credibility and trustworthiness, saying in October 2016 that if he won, he would instruct his attorney general to "get a special prosecutor to look into your situation" involving the private email server.

But immediately after the election, he reversed course on prosecuting Clinton, saying, "I don't want to hurt the Clintons, I really don't. ... It's just not something that I feel very strongly about."

During his presidential campaign, Mr. Trump decried then-President Barack Obama's time on the golf course, saying he wouldn't have time for such leisurely activities in office.

"I'm going to be working for you, I'm not going to have time to go play golf," he said at a Virginia rally last year.

Mr. Trump promised to label China a currency manipulator on day one of his presidency, going as far to say China was "ripping us off" as a nation in May 2016.

Not only did he fail to do that on his first day in office, but the president did a complete 180-degree turn on the issue earlier this month, saying he would no longer label the People's Republic of China as such.

"They're not currency manipulators," Trump said in an interview with the Wall Street Journal after meeting with Chinese President Xi Jinping, adding that he thinks the American dollar is too strong.

During his campaign, Mr. Trump called Federal Reserve Chairman Janet Yellen a very "political" person, claiming she was keeping interest rates low to help former President Barack Obama. From his remarks, she didn't appear to have a good shot at staying in Mr. Trump's administration when her term is up in February 2018.

But, after meeting with Yellen earlier this month, he appeared to change his mind. He told the Wall Street Journal in an extensive interview: "You know, I like her, I respect her. She's been here [in the Oval Office.] She's been in that seat. I do like the low interest rate policy."

In other words, it looks like Yellen – and her low interest rates — could be here to stay.

10. Handing over his tax returns

In May 2014, President Donald Trump said that -- if he ran -- he would "absolutely" produce his tax returns.

"If I decide to run for office, I'll produce my tax returns, absolutely," he said. "And I would love to do that."

Time and again during the campaign, and now during his presidency, Mr. Trump has either dodged or refused to hand them over. On Wednesday, Secretary of the Treasury Steve Mnuchin said the president "has no intention" of releasing his returns.