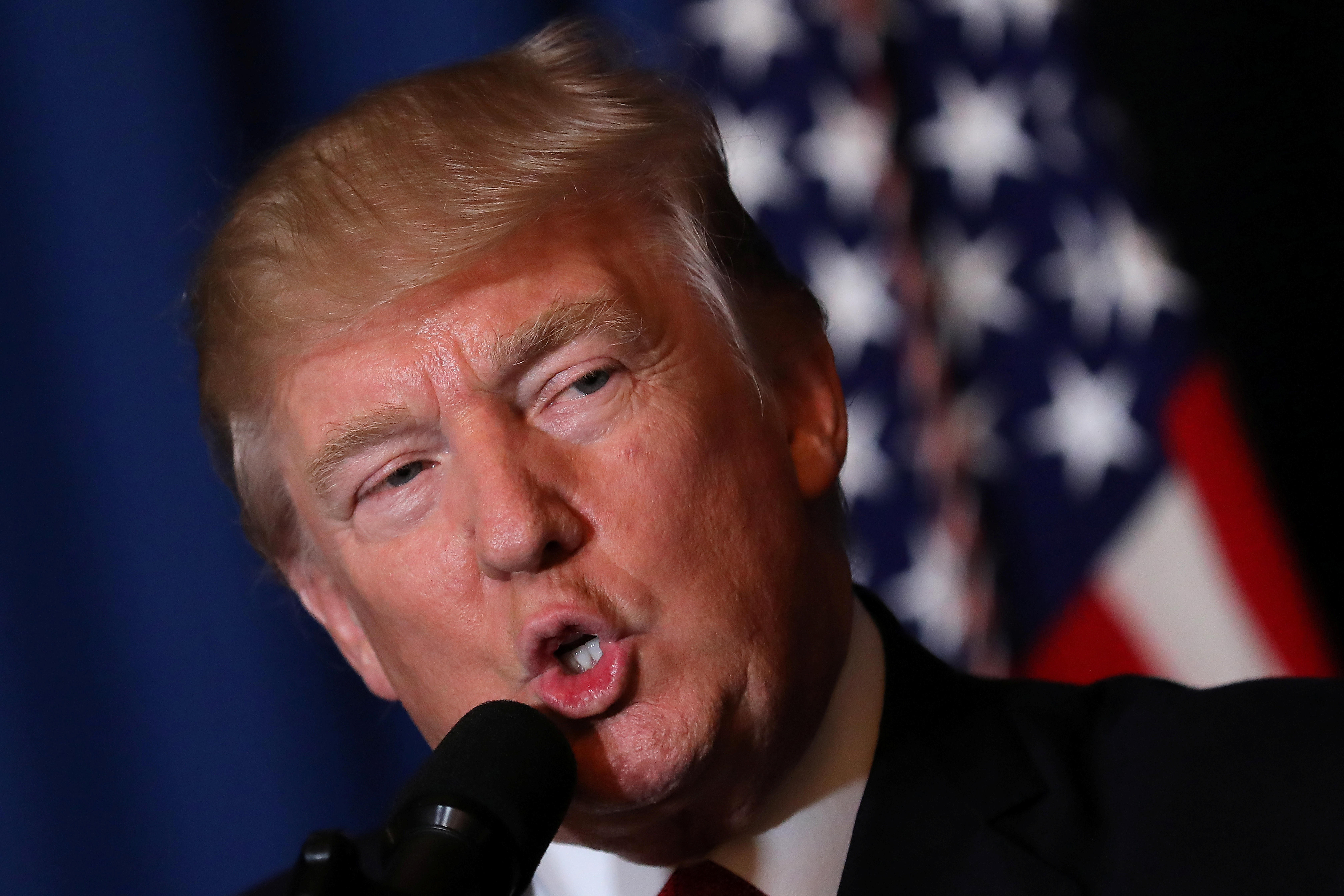 President Donald Trump Thursday night said there is “no dispute” that Bashar al-Assad’s regime is Syria was behind the use of “banned chemical weapons” that killed dozens of Syrian civilians earlier this week, speaking moments after the U.S. launched an air strike on Syria’s Shayrat airfield, where Mr. Trump said the deadly attack originated.

“No child of God should ever suffer such horror,” Mr. Trump continued.

Mr. Trump made the statements from his Mar-a-Lago club in Florida, shortly after the United Nations Security Council canceled a vote on any intervention in Syria after the chemical attack. The strike involved nearly 60 cruise missiles, which are GPS-guided and are very precise.

Military intervention marked a sharp pivot for Mr. Trump from his previous stance on Syria and the Assad regime. He had been reluctant to interfere in Syria, first expressing his attitude had changed at a news conference in the White House Rose Garden Wednesday.

“That attack on children had a big impact on me,” Mr. Trump said at the time. “Big impact.”

The Syrian government has denied the use of chemical weapons on its own people.

Russia warned the U.S. not to intervene in Syria before the strike, raising questions about how Russia will respond.

“All responsibility if military action occurs will be on the shoulders of those who initiated such a doubtful, tragic enterprise,” Russian Ambassador Vladimir Safronkov told reporters following a closed-door Security Council meeting on Syria.

“There were three options we discussed with the president,” McMaster said in Palm Beach, Florida Thursday. “And the president asked us to focus on two options in particular, to mature those options, and he had a series of questions for us that we endeavored to answer.”

The national security adviser said the council answered his questions and returned for “a decision briefing” Thursday. “Virtually all” of the principals of the NSC attended in person or by teleconference from Washington.

“After a meeting of considerable length and a far-reaching discussion,” McMaster said, the president decided to act. Secretary of State Rex Tillerson, at the same briefing, said other things were considered but “were rejected for any number of reasons.”

Mr. Trump, back in 2013, expressed his opposition to intervening in Syria.

He also said the president must get approval from Congress first, before taking any military action.