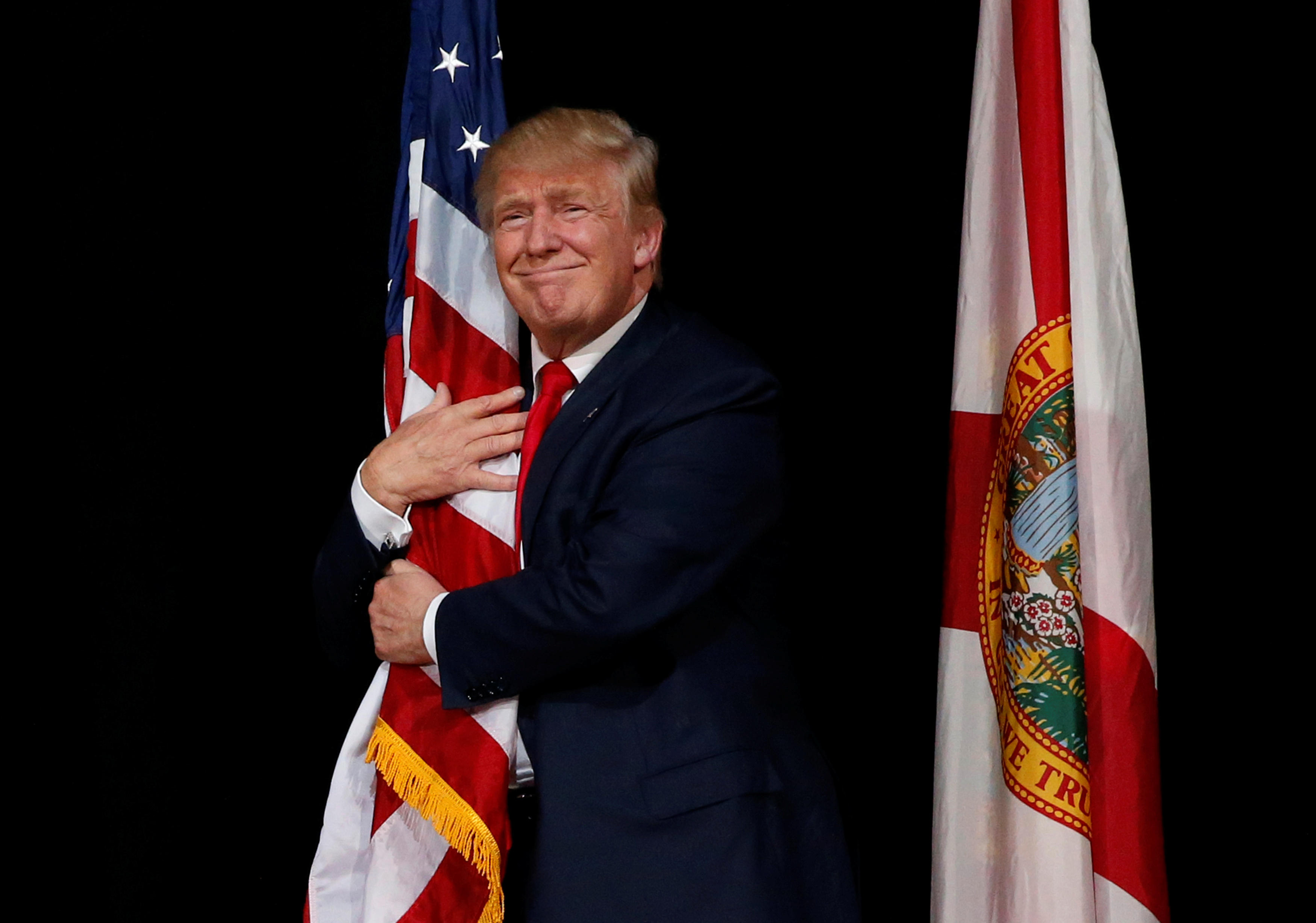 President Donald Trump’s seeming shift away from an “America first” foreign policy approach is polarizing his supporters, with some disillusioned, and others embracing his recent military actions.

Last week, the U.S. carried out a missile strike on a Syria airbase in response to an apparent chemical attack, and then on Thursday for the the first time used the of the “mother of all bombs” on an underground tunnel system ISIS uses in Afghanistan. These actions, which came as the White House weighs what to do in the event of a North Korea nuclear test, clearly pivot from Mr. Trump’s previous, semi-isolationist stance. Mr. Trump on the campaign trail espoused his “America first” philosophy, saying he would beef up America’s military presence, but avoid tumultuous areas like the Middle East to focus on American interests.

Trump fired off multiple tweets in 2013, warning then-President Barack Obama not to get involved in Syria.

But the president’s recent shift has his supporters responding with both disappointment and praise.

Richard Spencer, an alt-right figure who backed Mr. Trump, didn’t mince words in a tweet after the strike.

But the president’s increased involvement in the Middle East has also earned him recognition.

Syndicated columnist Charles Krauthammer said Thursday he would “welcome” such a policy shift, and, “the traditionalists are in the saddle. U.S. policy has been normalized. The world is on notice: Eight years of sleepwalking is over. America is back.”

A number of Republicans who warned Obama not to intervene in Syria praised Mr. Trump for doing the same thing.

Rep. Jason Chaffetz tweeted, “God Bless the USA,” after the Syria strike, but the Utah Republican repeatedly opposed striking Syria in 2013, claiming there was, “no clear and present danger to the USA to justify going to war in Syria.”

In 2013, Republican Sen. Orrin Hatch, also of Utah, said he had “strong reservations” about authorizing the use of force in Syria. But, after last week’s strike, Hatch tweeted this, agreeing with Mr. Trump’s rationale for responding to the chemical weapon attack in Syria with a strike:

“I think if you recognize the threat that our country and our people face if there is a growth of use or spread of chemical weapons of mass destruction, those, the proliferation of those, the spread to other groups, is a clear danger to our country and to our people,” he said during the White House press briefing Monday.