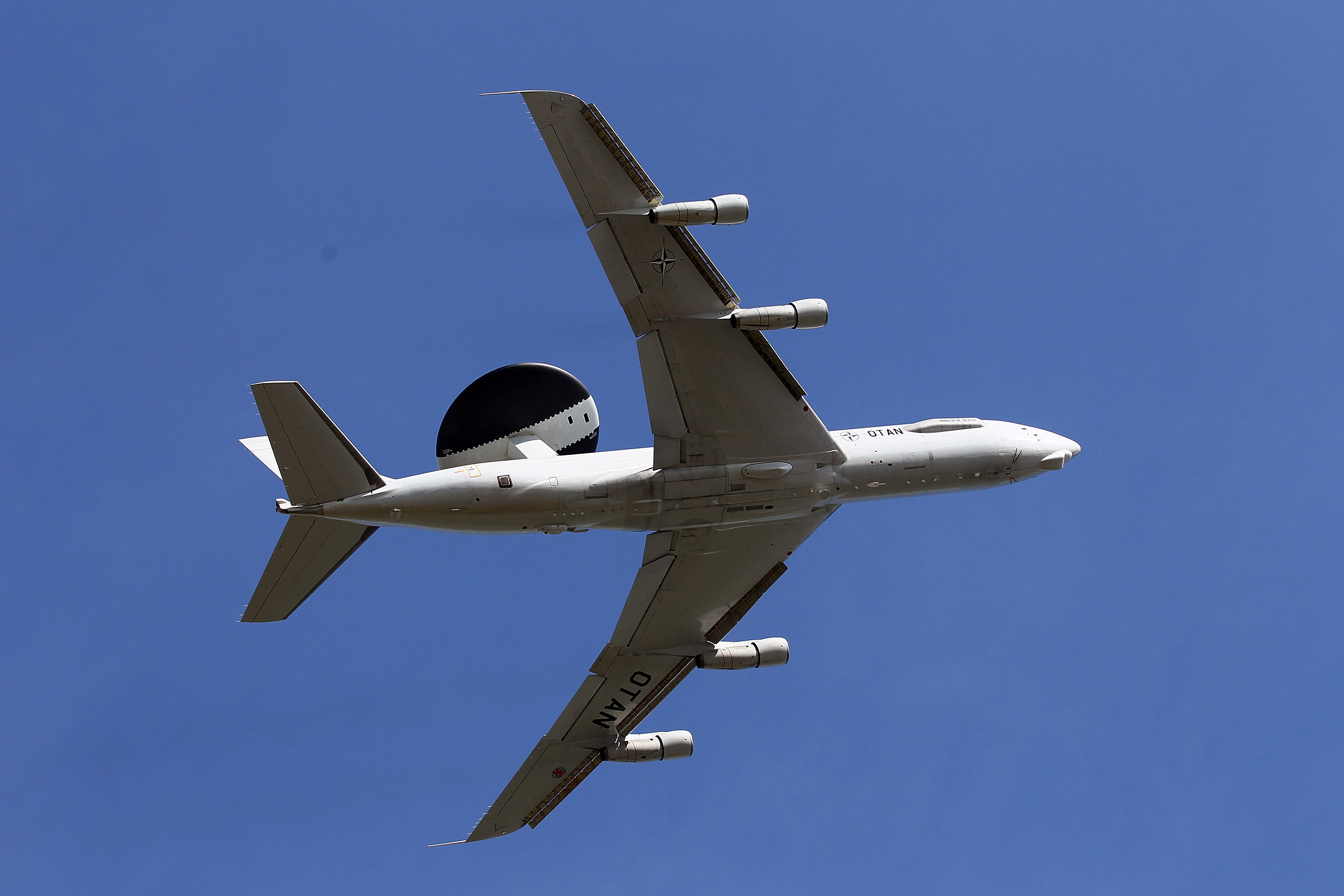 BERLIN -- NATO deployed two surveillance planes to fly over Poland and Romania on Wednesday to monitor the crisis in neighboring Ukraine.

The military alliance said two AWACS, or Airborne Warning And Control System, reconnaissance planes took off from bases in Germany and Britain.

The surveillance flights won't leave the airspace of its member nations - thus not crossing either into Ukrainian or Russian airspace, a spokesman for NATO's operational headquarters said in Belgium.

"The planes can observe over 300,000 square kilometers (115,000 square miles) and will primarily be looking on air activity and the sea," Lt. Col. Jay Janzen said, adding that one AWACS aircraft already went on a surveillance mission to Romania on Tuesday and that more missions were being planned.

"Our flights will not leave NATO airspace," Janzen said. "Regardless, we can observe, we can look a very long way."

NATO's 28 member states decided Monday to intensify the assessment of the possible threat the Ukrainian crisis poses to the alliance by sending AWACS planes. The decision comes after deployments of U.S. fighter planes to eastern European nations bordering Russia, such as Poland and Lithuania.

Janzen said the flights had already been planned as training missions before NATO's decision, but more planes will be added to the exercises in the coming days.

The plane flying out of the German base to Romania was an E-3A AWACS and the plane leaving Britain for Poland was an E-3B AWACS, Janzen said.

NATO and the U.S. have sought to increase pressure on Russia for what the Western nations consider its illegal invasion of Crimea.

The news from NATO of the surveillance flights comes as Crimea readies for a referendum Sunday to determine its future. Voters in the Crimean Peninsula will be given two options: becoming part of Russia or remaining a republic of Ukraine, with increased autonomy. Crimea already functions as a semi-independent region, under Ukrainian law, but with its own parliament.

The U.S. and Europe have declared the referendum illegitimate, saying Ukraine's central government must be involved in decisions about its territory. The dispute over the future of the former Soviet republic has conjured up echoes of the Cold War tensions between East and West.

The Group of Seven (G7) world leaders said Wednesday they won't recognize results of the referendum in Crimea. A statement from the seven nations released from the White House on Wednesday called on Russia, "to cease all efforts to change the status of Crimea contrary to Ukrainian law and in violation of international law."

It said the referendum scheduled for this weekend "would have no legal effect" and the process was deeply flawed due in part to the overwhelming Russian military presence in Crimea.

The leaders said they would take further action, individually and collectively, if Russia tried to annex Crimea.

The statement was from the leaders of Canada, France, Germany, Italy, Japan, Britain and the United States, along with the European Council and the European Commission.