The case of the missing brains has been solved.

Hours after it was reported that about 100 brains from the University of Texas at Austin had disappeared, a spokesman for the school told CBS News that an investigation determined they were disposed of back in 2002 in "accordance over protocols concerning biological waste."

The Austin State Hospital had transferred some 200 brains to the university about 28 years ago under a "temporary possession" agreement. UT Psychology Prof. Tim Schallert said his psychology lab had room for only 100 brains, so the rest were moved to the basement of the university's Animal Resources Center.

Schallert, co-curator of the university's collection (which still has the remaining 100 brains), set off a minor frenzy Wednesday after he told an Austin newspaper that someone "may have taken the brains."

His co-curator, psychology Professor Lawrence Cormack, confirmed, "They are no longer in the basement."

Schallert was quoted later in the day asserting that the brains had been found at the University of Texas at San Antonio. A spokesman for the San Antonio campus, Joe Izbrand, squashed that rumor with a swift denial to CBS News.

Then, the University of Texas at Austin put the frenzied search for the brains to rest when it announced they had been tossed in the trash a full 12 years ago.

"We believe the workers disposed of between 40 and 60 jars, some of which contained multiple human brains, and worked with a biological waste contractor to do so safely," the university said in a statement.  "We have no evidence that any brain specimens were shared with other universities or health institutions, though we will continue to investigate those reports."

The disposal was done in coordination with faculty members who determined that the brains received in the 1980s were in poor condition and were of no use for teaching or research.

"The university will also investigate how the decision was made to dispose of some of these specimens and how all brain specimens have been handled since the university received its collection from the Austin State Hospital in the 1980s," a school spokesman said. "University officials will appoint a broader investigative committee to examine these issues. As researchers and teachers, we understand the potential scientific value of all of our holdings and take our roles as stewards of them very seriously."

The school also quashed speculation that the brain of clock tower sniper Charles Whitman was among the missing specimens. Whitman's 1966 rampage at the University of Texas killed 16 people, including his mother and wife.

The 100 remaining brains at the school have been moved to the Norman Hackerman Building, where they are being scanned with high-resolution resonance imaging equipment, Cormack said. 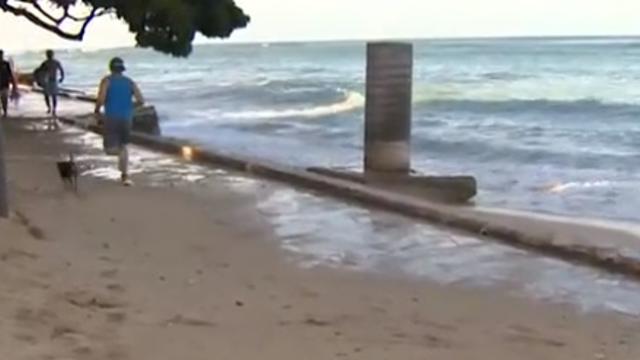 40% of Hawaii's beaches could disappear by 2050, study predicts