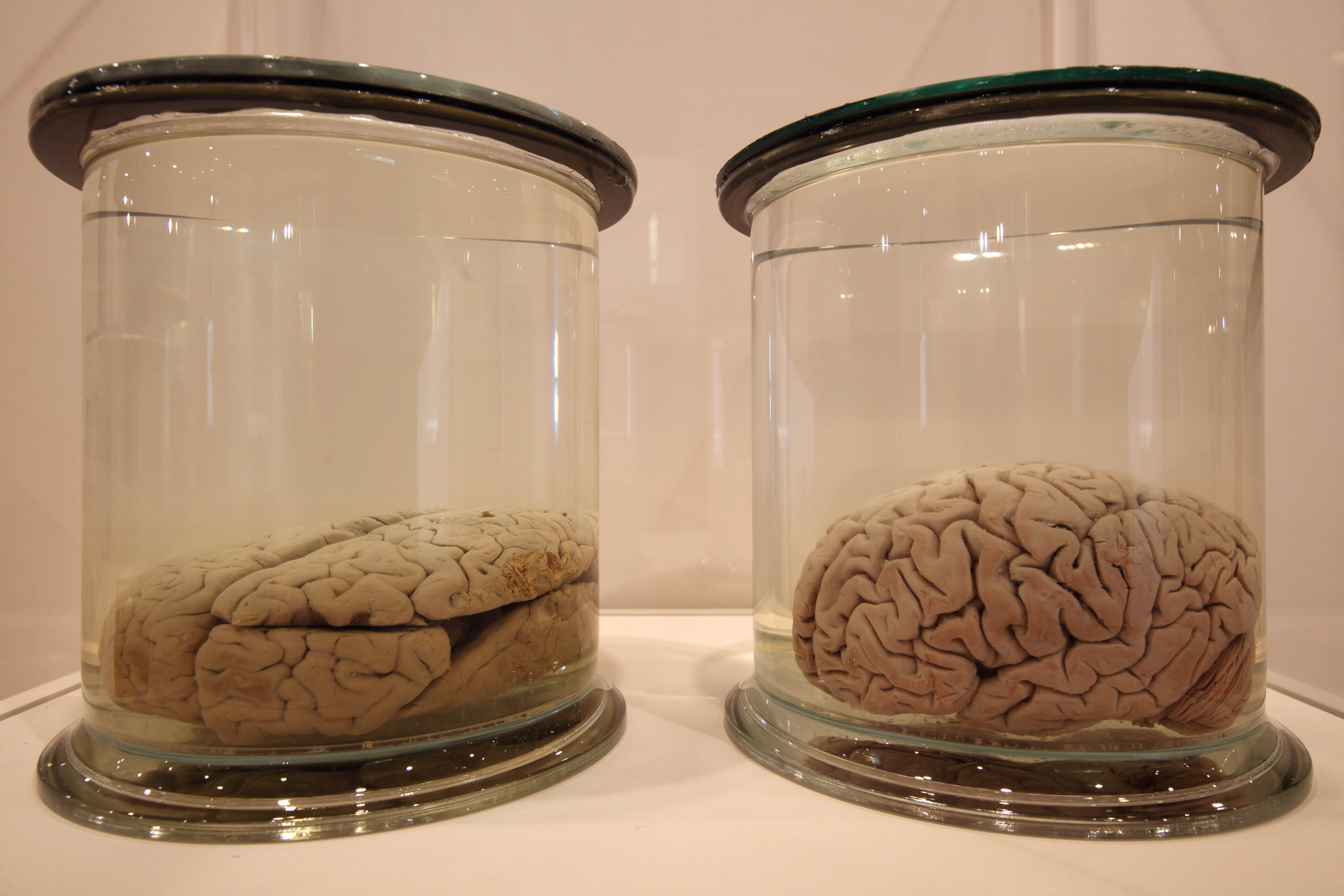 About 100 brains, including one believed to be that of clock tower sniper Charles Whitman, are missing from a collection at the The University of Texas at Austin.

It remains unclear who took the brains preserved in jars of formaldehyde and whether this was a harmless prank or theft.

"We think somebody may have taken the brains, but we don't know at all for sure," psychology Professor Tim Schallert, co-curator of the collection, told the Austin American-Statesman.

His co-curator, psychology Professor Lawrence Cormack, said, "It's entirely possible word got around among undergraduates and people started swiping them for living rooms or Halloween pranks."

The Austin State Hospital had transferred the brains to the university about 28 years ago under a "temporary possession" agreement. Schallert said his psychology lab had room for only 100 brains, so the rest were moved to the basement of the university's Animal Resources Center.

"They are no longer in the basement," Cormack said.

The university said in a statement that it will investigate "the circumstances surrounding this collection since it came here nearly 30 years ago" and that it's "committed to treating the brain specimens with respect." It says the remaining brain specimens on campus are used "as a teaching tool and carefully curated by faculty."

"As researchers and teachers, we understand the potential scientific value of all of our holdings and take our roles as stewards of them very seriously," the university said. "We are committed to treating the brain specimens with respect and are disheartened to learn that some of them may be unaccounted for."

The university's agreement with the hospital required the school to remove any data that might identify the person from whom the brain came. However, Schallert said Whitman's brain likely was part of the collection.

"It would make sense it would be in this group. We can't find that brain," he said.

Whitman's 1966 rampage at the University of Texas killed 16 people, including his mother and wife.

The 100 remaining brains at the school have been moved to the Norman Hackerman Building, where they are being scanned with high-resolution resonance imaging equipment, Cormack said.

"These MRI images will be both useful teaching and research tools. It keeps the brains intact," he told the newspaper.