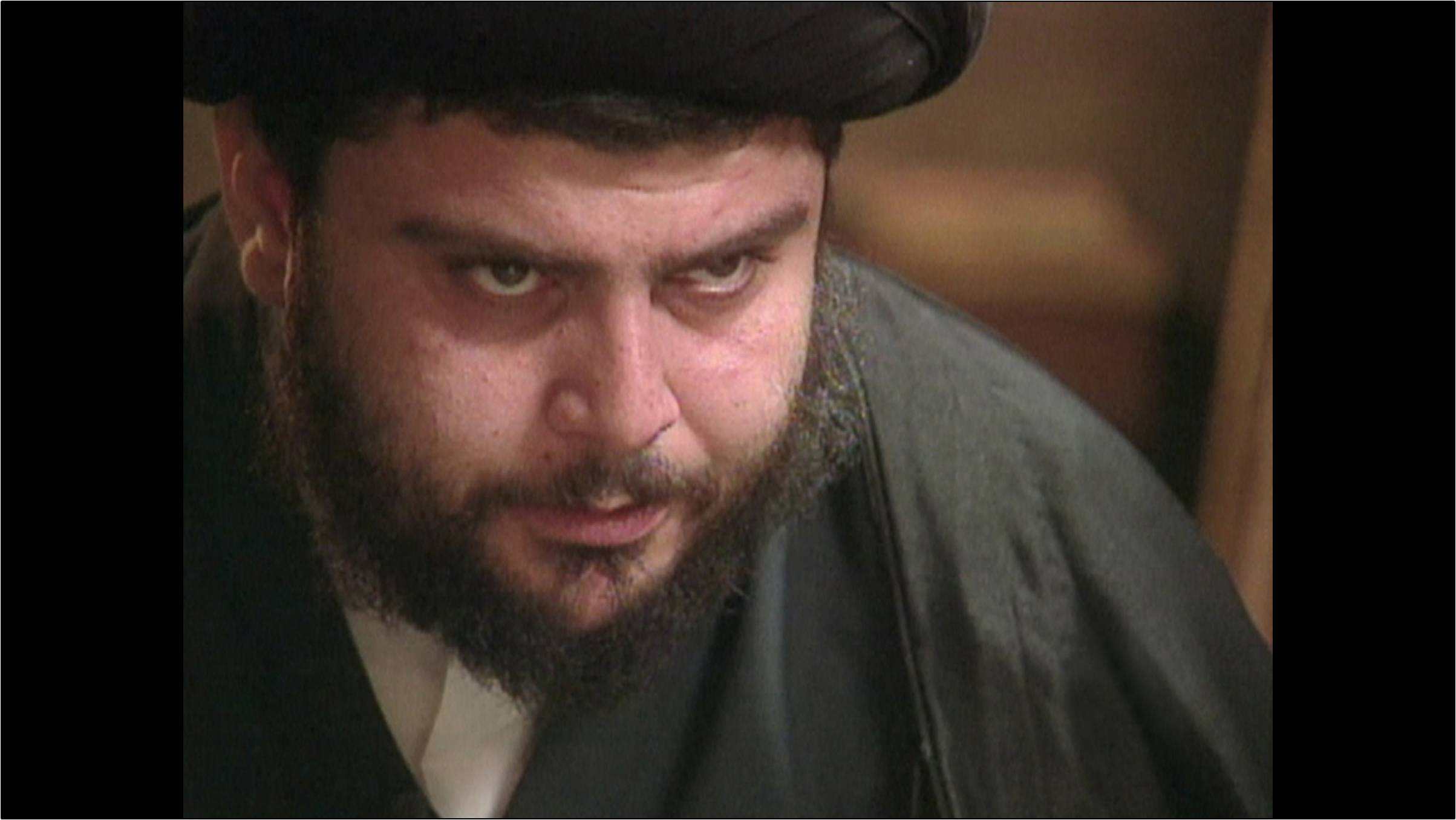 As U.S. troops are battling the militant group known as ISIS, one name that has re-emerged is Muqtada al-Sadr, the Shiite leader in Iraq who controls a sizable militia and previously launched two successful insurgencies against U.S.-led forces in the country.

In his Friday prayer last week, Sadr denounced the American-led intervention, and he addressed the United States directly in a press statement, saying: "If you come back, so will we ... Like we gave you a taste of the heat of our fire and our might in the past, we will give a taste of the scourge of this decision, which will be the cause of your regrets and regression."

Sadr also alleges that the CIA is responsible for the creation of ISIS, a conspiracy theory that seems to be gaining traction on the streets of Iraq.

As we discovered a decade ago, it's the streets where Sadr wields the most power. Shortly after the fall of Baghdad, 60 Minutes introduced this influential young cleric to the American public with his first televised interview.

In the summer of 2003, Bob Simon, associate producer Trisha Sorrells Doyle and I were asked to go to Iraq to find a story about the Shiites - since back then few Americans knew much about the different sects of Islam, which have been in power struggles amongst themselves for centuries.

We were initially asked to profile a young man named Hussein Khomeini, whose grandfather, the Ayatollah Khomeini of Iran, had famously called America the "Great Satan." The young Khomeini had broken with the radical views of his family and the Iranian regime, and came out in favor of the United States, since it freed Shiites from decades of oppression under Saddam.

It seemed like a great story, but as often happens, the story was more complex than it seemed. Despite his Iranian lineage - or perhaps because of it - Hussein Khomeini had little credibility in neighboring Iraq.

We did, however, hear about another young cleric with an equally impressive family line. His name was Muqtada al-Sadr, and while the 29-year-old was still quite young to be influential, he commanded the respect of several million Iraqis because his father had been the Grand Ayatollah of Iraq, until Saddam Hussein had him assassinated in 1999.

We decided to go meet Sadr, so we traveled to the holy Shiite city Najaf, where the young man had a small mosque. Trisha dressed in a full burka out of respect for the orthodox customs of the holy Shiite city, but she was still not allowed into the building - no women were allowed in the mosque, and they certainly weren't allowed to meet the holy leader.

Sadr led Bob and me into a humble prayer room with no chairs and empty walls. This is a filming challenge, to say the least - a drab setting with nothing interesting in background. Fortunately my cameraman Derek Williams was a veteran of challenging filming environments, having covered every war since Vietnam for CBS News. He and cameraman Rob Fortunato lit the room as best they could, sat Bob and the cleric down on the ground, cross-legged, and framed just their faces against the stark background, resulting in the classic 60 Minutes headshot.

Sadr had a scraggly beard that did little to hide his youth, but the commanding black turban made him seem a weighty contender. A black turban means the wearer is believed to come from the bloodline of the prophet Mohammed, and it is a sign of religious royalty. At the time, eight months before the first Shiite insurgency, few people knew Sadr was quietly amassing an insurgency army.

We were the first Westerners he invited into his mosque, and Sadr had a clear message for the U.S.: "The little serpent has left and the great serpent has come." Bob leaned in and asked: "The big serpent was Saddam Hussein, and the Americans are the small serpents?" Sadr shook his head, gave a wry grin and explained: "It is the opposite, my friend." Bob's eyes lit up in realization, and he shot his classic half-smirk as he understood what Sadr meant: "The Americans are the big serpents. The Americans got rid of your enemy, Saddam Hussein. Isn't the enemy of your enemy your friend?"

Sadr went on to explain that it was not the United States, but the "grace of God" that got rid of Saddam. Bob couldn't help himself - he prodded the young man further: "If getting rid of Saddam was a favor of God, why was it that God waited until the Americans came in to do the job?" Sadr handled the 60 Minutes grilling with aplomb: "All praises to Allah. He works in mysterious ways."

This opening exchange of our interview ended up being widely quoted and featured on radio and television programs around the world - but this memorable exchange almost never made air, due to a linguistic dispute. Our soundman Mark Wilson had rigged up a system for simultaneous translation, so the Arabic field translator could hear the interview from another room, and his translation was fed to Bob and me through earpieces. After the translator spoke into our earpieces "The little serpent has left and the great serpent has come," Bob continued with "serpent" in his follow ups.

Our policy at 60 Minutes is to do an independent second translation after the interview and a respected Arabic linguist we brought in said the translator in the field got it wrong - Sadr used the word "shaitan," which he said means devil, not serpent. This was a real problem since Bob's responses all referred to serpent, not devil. After consulting with several other language specialists, and a stack of Arabic-English dictionaries, we concluded that the most common translation of "shaitan" was devil, but many sources offered serpent as an alternative translation.

The field translator stuck by his translation, claiming this was the nuanced implication Sadr had meant. We finally clarified with Sadr's handlers if serpent was a reasonable translation, and they agreed. Thinking back on that day in Najaf, what strikes me most was the moment after the spirited interview, when Sadr excused himself and escorted Bob and me into the courtyard. It was high noon and streams of bright sun shone down, making a pattern obscured by metalwork at the top of the three-story building. The wood double-doors swung open and more than a hundred men in white thobes, those full-body gowns, poured into the room. They encircled us, chanting, "Na'am, na'am, Muqtada!" Yes, yes, Muqtada. It was clear from that moment the power this one man had. What was unclear then - and to some extent remains unclear - was how he plans to wield it.

"Muqtada al-Sadr," produced by Peter Klein and reported by Bob Simon, aired on the 60 Minutes broadcast on May 30, 2004.