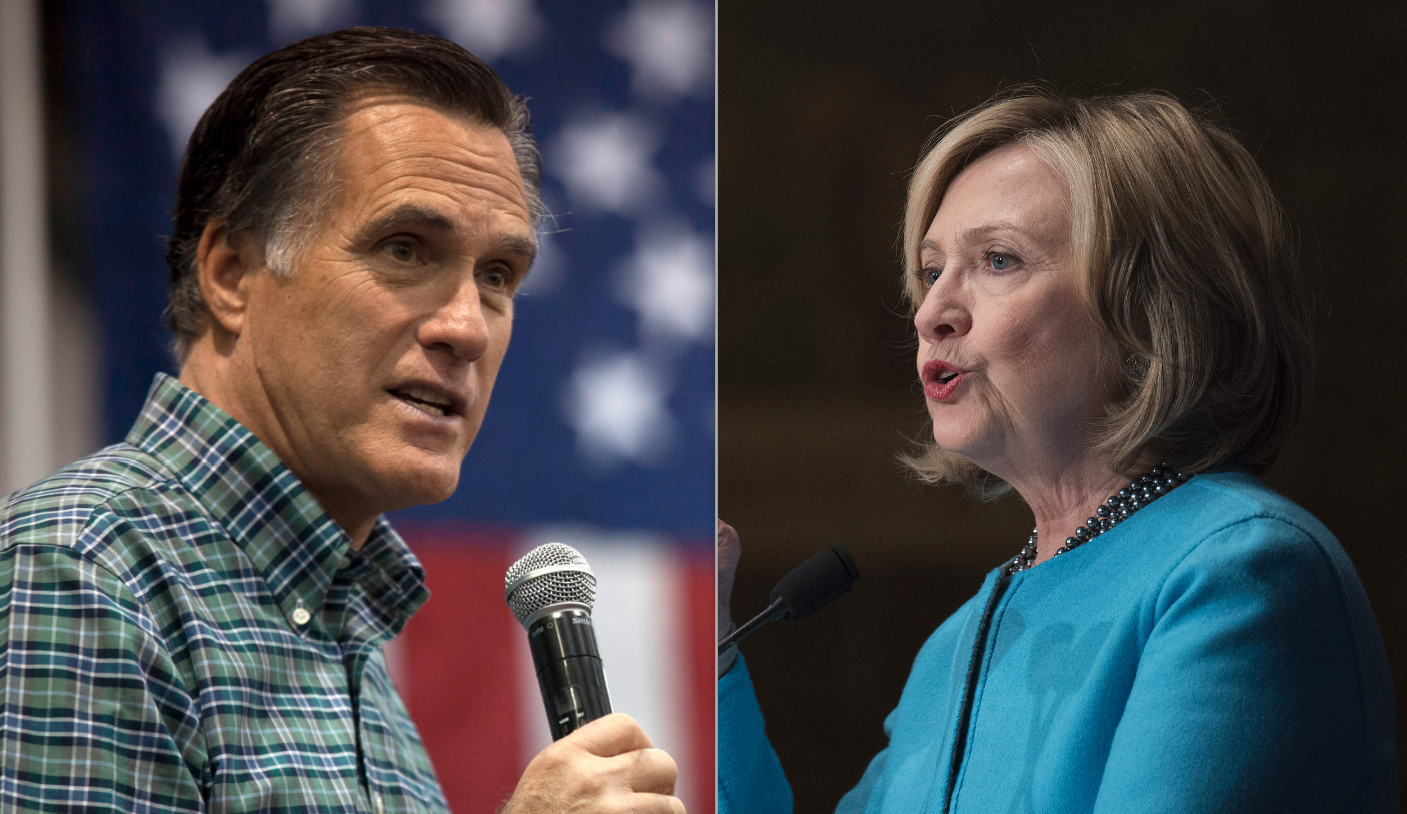 When 2012 Republican presidential nominee Mitt Romney speaks at Mississippi State University next week, he'll receive $50,000 for his efforts, according to records obtained by the Washington Post.

And while that may seem like a hefty sum, it's a far cry from the roughly $300,000 former Secretary of State Hillary Clinton commands for some of her speeches at universities.

Such sky-high speaking fees can be a mark of distinction for a public figure - a reflection of someone's accomplishments or breadth of experience. But for public figures potentially seeking higher office, the fees can be a liability as well, opening them to criticism that they're too privileged to understand the concerns of ordinary Americans.

Romney, who's considering another run at the White House in 2016, will address MSU students as part of the university's "Global Lecture Series." He'll donate the lion's share of his speaking fee to a charity that provides free eye exams, though he'll retain a portion to cover his travel costs.

"Mitt Romney is not going to personally receive any compensation for the speech," Romney spokesman Colin Reed emphasized to the Post.

Clinton, like Romney, donates her college speaking fees to charity - specifically, to the eponymous foundation she runs with her daughter Chelsea and her husband, former President Bill Clinton.

But Clinton, who's considered the prohibitive favorite for the Democratic presidential nomination in 2016 if she decides to run, has still come under criticism for the hefty price tag attached to those speeches.

Last summer, students at the University of Nevada at Las Vegas protested a $225,000 speech by Clinton planned for October, citing the rising cost of tuition and asking Clinton to return the money to the school. The speech, which focused in part on the rising cost of higher education, ultimately went forward as planned.

And when school officials at the University of California at Los Angeles sought a price reduction on a $300,000 speech Clinton delivered last March, asking about a reduced rate for public universities, Clinton's representatives didn't budge: $300,000, they said, is the "special university rate."

The Post, citing an MSU spokesman, reported that Romney's $50,000 fee "is at the low end for the series, which is funded using a portion of sales taxes collected from on campus sales."

In addition to his speech, Romney is expected to spend about six hours on MSU's campus, attending a student reception, a VIP meeting, the speech itself, and a question-and-answer session to follow. He is also tentatively scheduled to dine with alumni afterward.