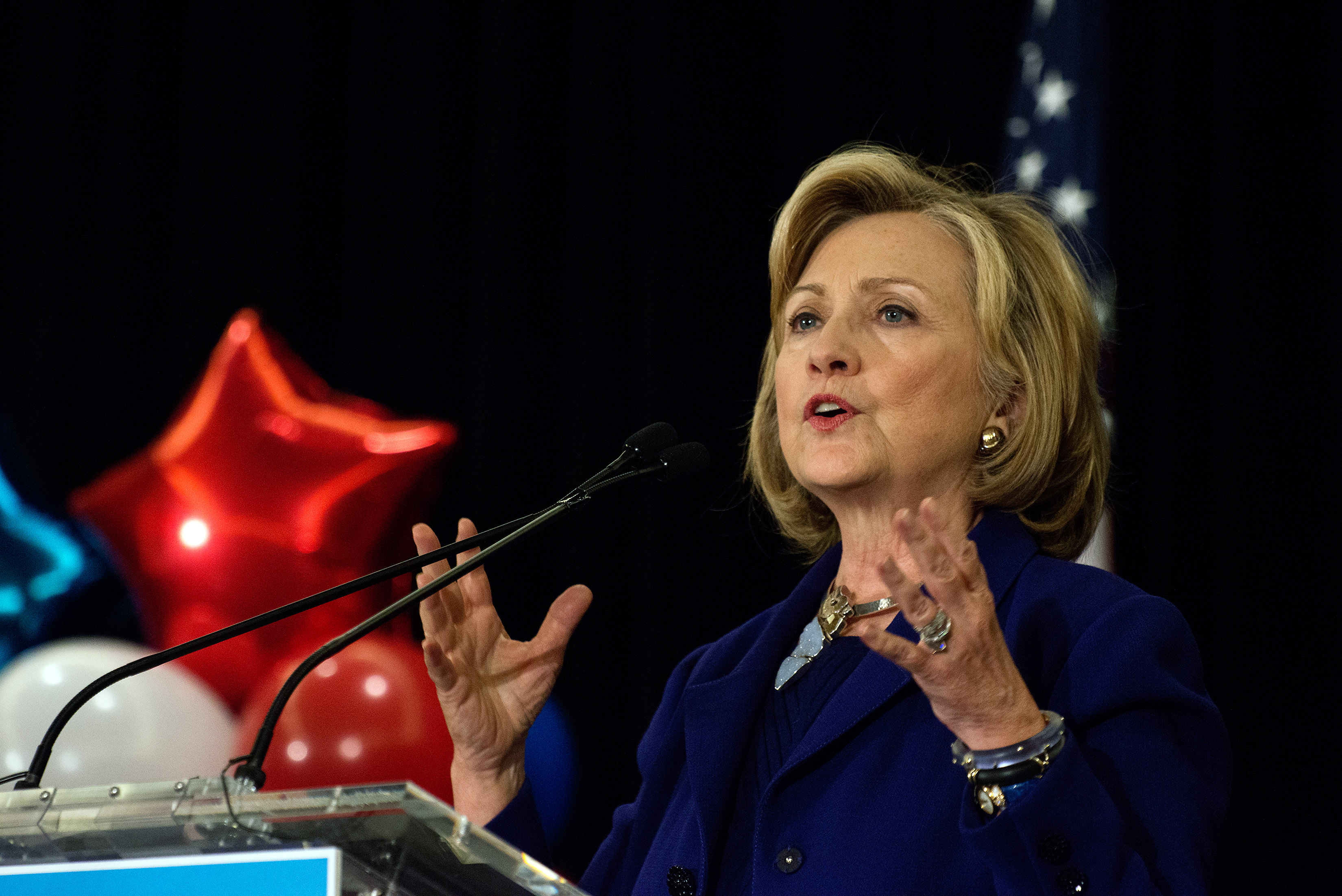 On Sunday, Hillary Clinton wrapped up two months of campaigning for Democrats running in the midterm elections, a veritable dry run for a 2016 presidential campaign.

Her 45 campaign events in 18 states and the District of Columbia since Sept. 9 included a few trips to Iowa (the site of her campaign's biggest stumble in the 2008 Democratic primary) and New Hampshire (the early state that gave it life again), and took her across the country to build good will among dozens of Democrats fighting tough political battles who she will be able to turn to for assistance should she need it in 2016.

But it also was a reminder of just how carefully Clinton had to tread during every moment of an election in which she wasn't even running because Republicans already have her in their sights. For now, they're busy trying to take control of the Senate, but that will soon change.

"Smart Republicans are focused on turning out the vote," said Scott Reed, the senior political strategist for the Chamber of Commerce. "The 2016 race starts November 5th."

The past several weeks have already shown Republican lawmakers attacking Clinton's verbal miscues on the stump, mocking her status as a presumptive frontrunner (if she runs), and trying to tie her to President Obama's administration, which has seen more popular days.

Several potential Republican candidates seized on a remark Clinton made last week while campaigning in Massachusetts. She was aiming for a critique of Republican economic policies, but she missed her mark, telling voters, "Don't let anybody tell you that it's corporations and businesses that create jobs."

"The problem in America today is that not enough jobs are being created," Bush said during a midterm campaign rally in Colorado as his audience booed. "They are created by business."

He was in Kansas to support the state's Republican Gov. Sam Brownback and Sen. Pat Roberts in their bids for reelection, and he used Clinton's inartful comments to bolster his pitch.

"I'm here today to endorse Pat Roberts and Sam Brownback, because you know what? They know that businesses do create jobs, and I hope you know that too."

Clinton later walked back her comments, saying she "short-handed" the point she was trying to make and offering a more extended critique of businesses who ship jobs overseas. But the damage was done.

Reed told CBS News Clinton's comments about job creation "were pretty over the top and she will be walking them back for a year."

In September, during a campaign swing through Iowa, Sen. Ted Cruz, R-Texas, joked about the Secret Service stopping yet another person from jumping over the White House fence.

"They said, 'I'm sorry, Hillary, not yet,'" Cruz quipped, according to audio of the remarks posted online by the news director of Radio Iowa.

Cruz has also used Clinton as a bogeyman to boost his own stock in the potential GOP primary field. On Thursday, he urged Republican voters to nominate a bold conservative in 2016, warning that the party risks handing the election to Clinton if it puts forward a moderate.

"We need to learn from history," Cruz said during an interview on CNBC. "If Republicans run another candidate in the mold of a Bob Dole or a John McCain or a Mitt Romney... we will end up with the same result, which is millions of people will stay home on Election Day."

"If we run another candidate like that, Hillary Clinton will be the next president," he added.

Even Mitt Romney, a former governor of Massachusetts and the 2012 GOP presidential nominee who has said he's not running for re-election, has taken shots at Clinton, telling "Fox News Sunday" in June that Clinton and Mr. Obama are "two peas in the same pod."

"I look, for instance, at her record as secretary of state. Look, her record is Barack Obama's record in foreign policy, and it's a disaster," Romney said.

In a way, the collective Republican focus on Clinton is the most effective way for potential 2016 candidates to begin the task of building support among their base for their own possible presidential bids.

"It's what Republican audiences want to hear," Democratic strategist Erik Smith told CBS News. "If you want to win support among your party's base you need to show that you can really attack the other party effectively. That's kind the first rule of the primaries."

"Once they get into this next year they'll be attacking each other but at the outset it will all be about attacking Clinton and Obama," he predicted.

Clinton's two months of campaigning have also given her some early warning signs about the issues that could plague her during a campaign. Although she was received warmly at most of her stops, she was repeatedly heckled by young immigration activists during a campaign stop in Maryland last week.

"As a senator, I was proud to co-sponsor the national Dream Act and to vote for it," she told the protesters. "I'm a strong supporter of comprehensive immigration reform, and I believe we have to fix our broken immigration system, [and] we have to keep families together."

It's an issue that could come up again, if, as she says, the immigration system remains "broken."

But overall, Smith declared the trial run a success for Clinton. "You saw pretty broad appeal for her you saw her campaigning among different types of candidates from all over the country...I think that was the most significant thing," he said.