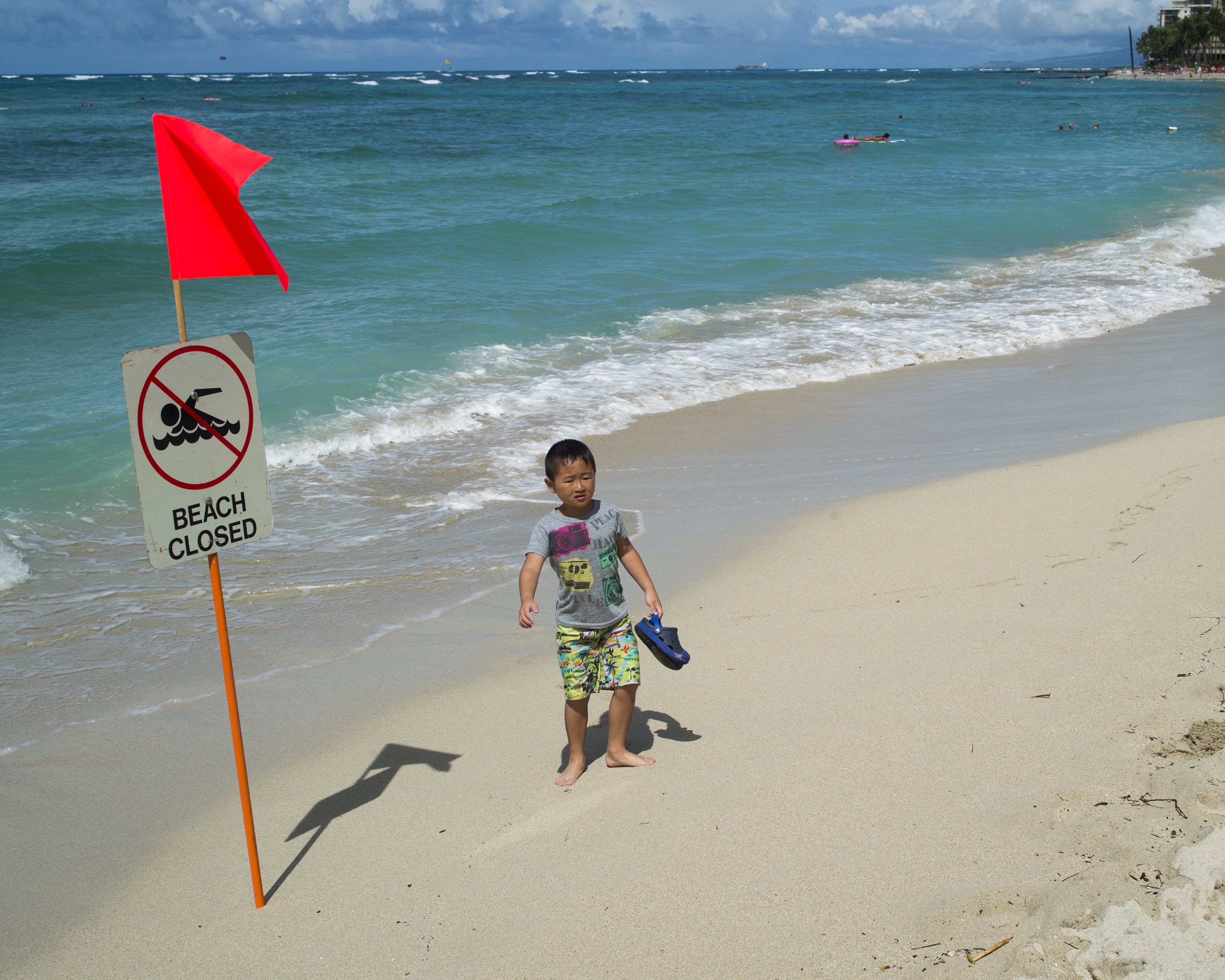 HONOLULU -- For the second time in a week a popular Hawaii beach was closed Thursday after sewage from a treatment plant was discharged into the ocean.

A million gallons of treated but not yet disinfected wastewater was discharged from the East Honolulu Wastewater Treatment plant, closing Sandy Beach and its surroundings. The closure comes a day after beaches near Waikiki were reopened following a similar issue.

Hawaii American Water, the private company that runs the treatment plant, said the incident happened Tuesday after an underground electrical cable that feeds power to their chlorination system shorted out as heavy rains fell in the area.

Lee Mansfield, manager of American Water, said in a telephone interview Thursday that there was un-disinfected water flowing into the ocean from their system for about five hours, resulting in about a million gallons of wastewater being discharged.

He said the water that flowed into the ocean had been treated through the plant, removing heavy debris and contaminants, but the water was not chlorinated before being discharged.

"We receive wastewater and we'll remove grit and large material, then we go through the primary sedimentation process, and that removes material that will readily settle out of the wastewater," Mansfield said. The water then goes through a biological treatment before being chlorinated, he said.

The state Department of Health released a statement advising the public to stay out of the waters from Halona Blow Hole to Erma's Beach on Oahu's southeast shore until further notice. Water samples were being taken for testing.

CBS affiliate KFMB reports after the raw sewage spill on Monday, the city didn't test for bacteria levels in Waikiki that day, sparking criticism by environmentalists.

"I'm very concerned that there was no testing for sewage on Monday," said Marti Townsend, director of the Sierra Club of Hawaii. "Common sense dictates that we have more sampling than less."

Another spill from Monday near Hickam Beach on Joint Base Pearl Harbor-Hickam was announced Thursday, prompting officials to tell the public to avoid those waters as well.

Officials said about 24,000 gallons spilled there, 12,000 of which went into a storm drain that leads into a canal near Hickam Beach. Water samples are being taken and the beach has posted with signs warning visitors of the potential dangers.

On Monday about 400,000 gallons of wastewater spilled in Ala Moana Beach Park after heavy rains associated with Tropical Storm Kilo inundated the system. Officials opened the waters Wednesday afternoon after testing showed the water was safe.

She said Wednesday 129,000 gallons of wastewater flowed into the ocean. Another 264,000 spilled on land but never reached the ocean.

Officials said the Honolulu Zoo, which is in Waikiki, also flooded Monday, raising concern that untreated material from the zoo had entered the ocean.

A week of heavy rain had left the ground saturated, inundating the sewer systems with rain water. More rain was forecast for Thursday with flash flood watches in effect.

Meanwhile in the Pacific, Ignacio strengthened into a hurricane. The storm's maximum sustained winds increased Thursday morning to 90 mph (150 kph).

Hurricane Ignacio was centered about 1,135 miles (1,825 kilometers) east-southeast of Hilo, Hawaii, and was moving toward the state near 13 mph (20 kph). The storm could reach the islands by early next week.