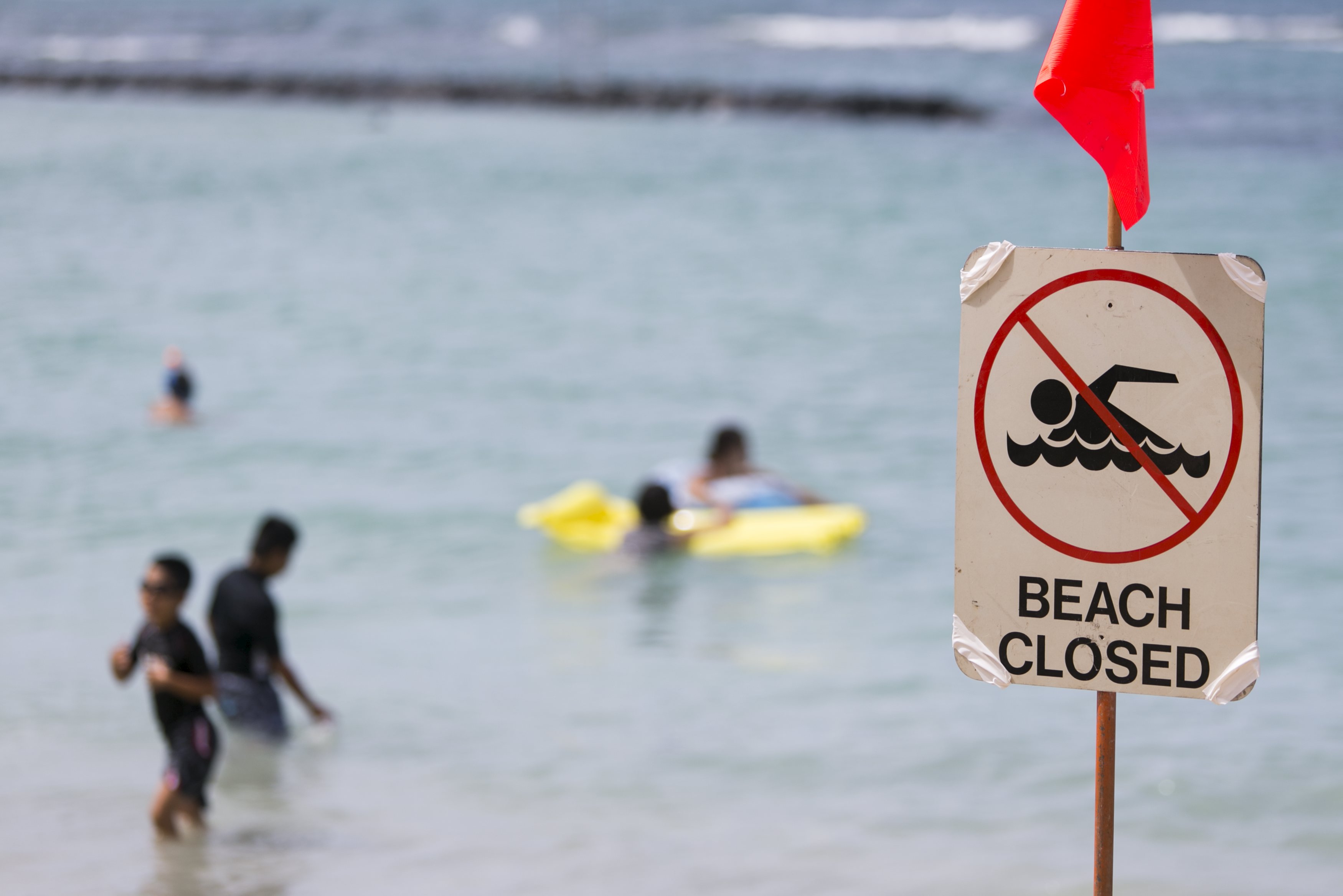 Keith Kawaoka, the deputy director of the state Department of Health, said his agency had authorized Honolulu to take down warning signs from Waikiki and Ala Moana beaches.

"The indication is that the levels have come down dramatically from yesterday to indicate that we can open at least those beach areas," Kawaoka told reporters.

Heavy rain associated with Tropical Storm Kilo caused manhole covers in Honolulu to overflow with sewage and the Honolulu Zoo to flood on Monday.

This prompted officials to close a four-mile stretch of waterfront, including the ocean fronting some of Hawaii's biggest hotels and the center of the state's tourism-driven economy.

Many tourists had to give up plans to swim in the ocean in the tourist district.

Honolulu Mayor Kirk Caldwell said being able to reopen the area was a priority.

"We recognize -- both at the state and county level -- in terms of our economy there's nothing more important than Waikiki," he said. "We wanted to make sure that this event was over and it's over in basically two days and a little bit more."

Kawaoka said warning signs will remain at the Ala Wai and Kewalo boat harbors because water quality tests there indicated they were still affected by the spill. He said people should avoid coming into contact with the water in those areas.

She said Wednesday 129,000 gallons of wastewater flowed into the ocean. Another 264,000 spilled on land but never reached the ocean.

The spill occurred when storm water overwhelmed the city's sewage system. City officials say one of two sewage pumping stations serving the area was out of commission due to a construction project, leaving the sewage system without sufficient capacity to handle the increased water. The city also blamed leaves and other debris that blocked storm drains.

Kahikina reiterated her regret that city departments hadn't better communicated with each other to ensure both pumping stations were operational. The contractor on the project has since brought the second pumping station online.

Meanwhile, warning signs were posted cautioning beachgoers to stay out of the water in East Oahu after one million gallons of wastewater discharged into the ocean, CBS affiliate KGMB reported.

The state Department of Health said it spilled from the East Honolulu Water Treatment plant after an underground electrical line reportedly failed.

DOH officials said the sewage was treated but not disinfected before it was released. Water samples are being collected.

The closure was in effect from Erma's to Sandy Beach to the Halona Blowhole.

Even more rain was in the forecast.

The National Weather Service on Wednesday issued a flash flood for all of Oahu Island. A tropical storm east of Hawaii strengthened into a hurricane.