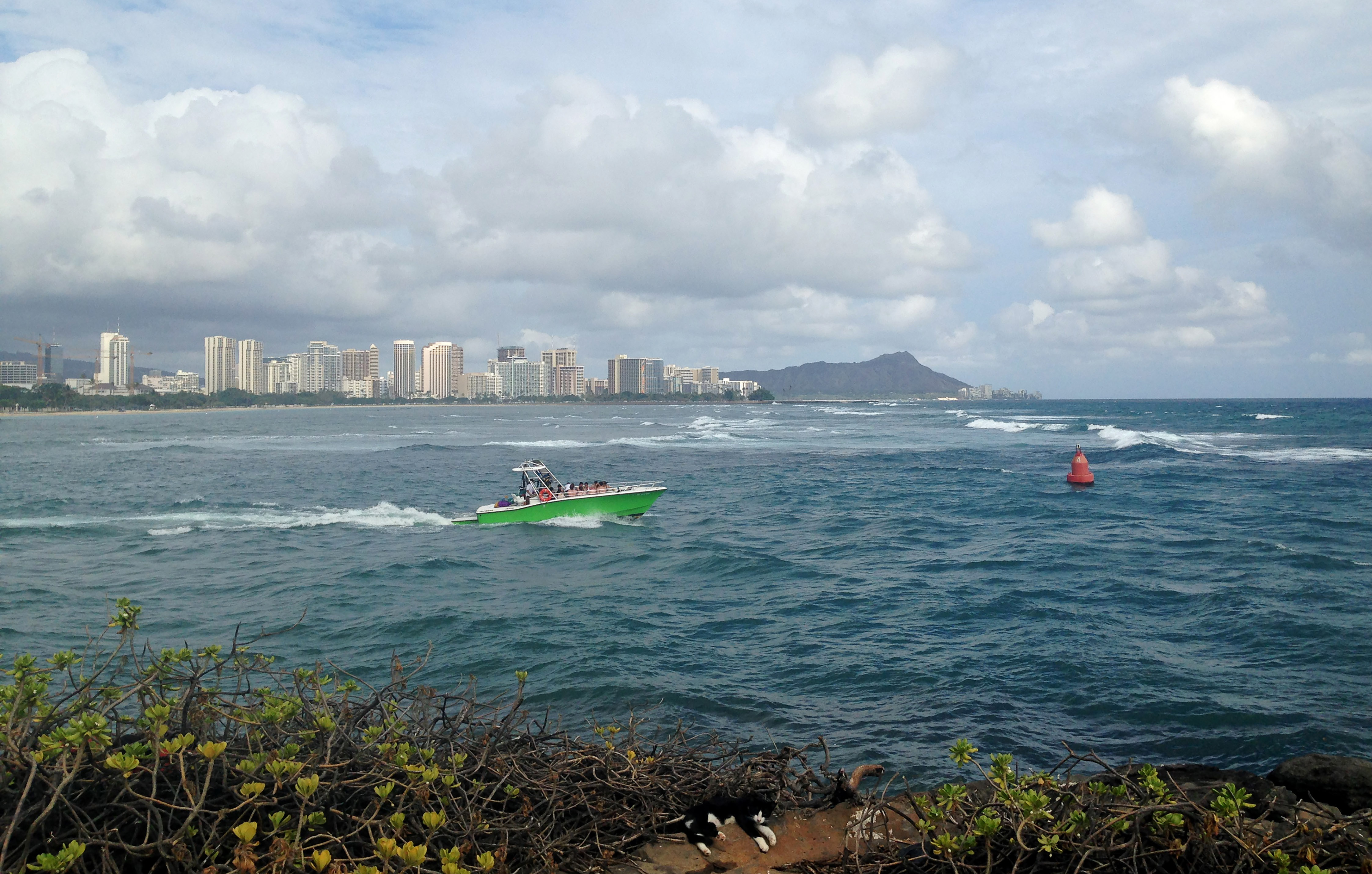 The beach area was closed Monday after storm water flowed into the city's sewage system as a weather system linked to Tropical Storm Kilo dumped heavy rain on the islands.

"Now's not the time to go swimming," she told reporters.

It could be a couple of days before the ocean is clear enough for people to enter, Kahikina estimated. She said it would likely take that long for water samples to be tested for safety.

Waikiki is home to many of the state's biggest hotels and is the engine of Hawaii's tourism-dependent economy.

The city is advising people to avoid a 4-mile stretch of waterfront from Kapahulu Avenue in Waikiki to Point Panic in Kakaako. Sewage came out of manholes at Ala Moana Beach Park, on a street fronting a shopping mall at the edge of Waikiki and a pumping station.

Shayne Enright, a spokeswoman for the city's Department of Emergency Services, cautioned the ocean was dangerous.

"We don't know right now what is in the water. You could get a serious infection, get extremely sick or even worse," she said.

In 2006, the city temporarily closed Waikiki's beaches after 48 million gallons of raw sewage poured into the Ala Wai Canal bordering the area's hotels and condominiums. That spill occurred after a sewage line ruptured following weeks of heavy rains, forcing the city to divert wastewater into the canal.

Rain and thunderstorms on the islands had prompted statewide flash-flood warnings and watches.

Meteorologists with the Central Pacific Hurricane Center said Kilo will pass by uninhabited Johnston Atoll on Monday night and strengthen over the next few days, but the storm was not expected to directly affect any other landmasses.

Still, the forecast calls for more rain and high humidity for Hawaii throughout most of the week.

"It going to get a little bit better into midweek but it's still going to be quite hot and humid and the potential for the heavier showers remains pretty much throughout the week," said meteorologist Ian Morrison.

Two schools in the state were closed due to flooding. The American Red Cross temporarily opened a shelter in Pearl City on the island of Oahu after a home with about 16 residents was flooded. The shelter has since closed because the landlord found housing for the people living in the home, according to Krislyn Yano, Honolulu Red Cross communications manager.

A number of roads were closed Monday because of flooding and pooling on the highways, slowing the morning commute as the University of Hawaii began its fall semester.

Lifeguards were warning visitors to all island beaches about a brown water advisory issued by the Department of Health saying that flood waters might be contaminated.