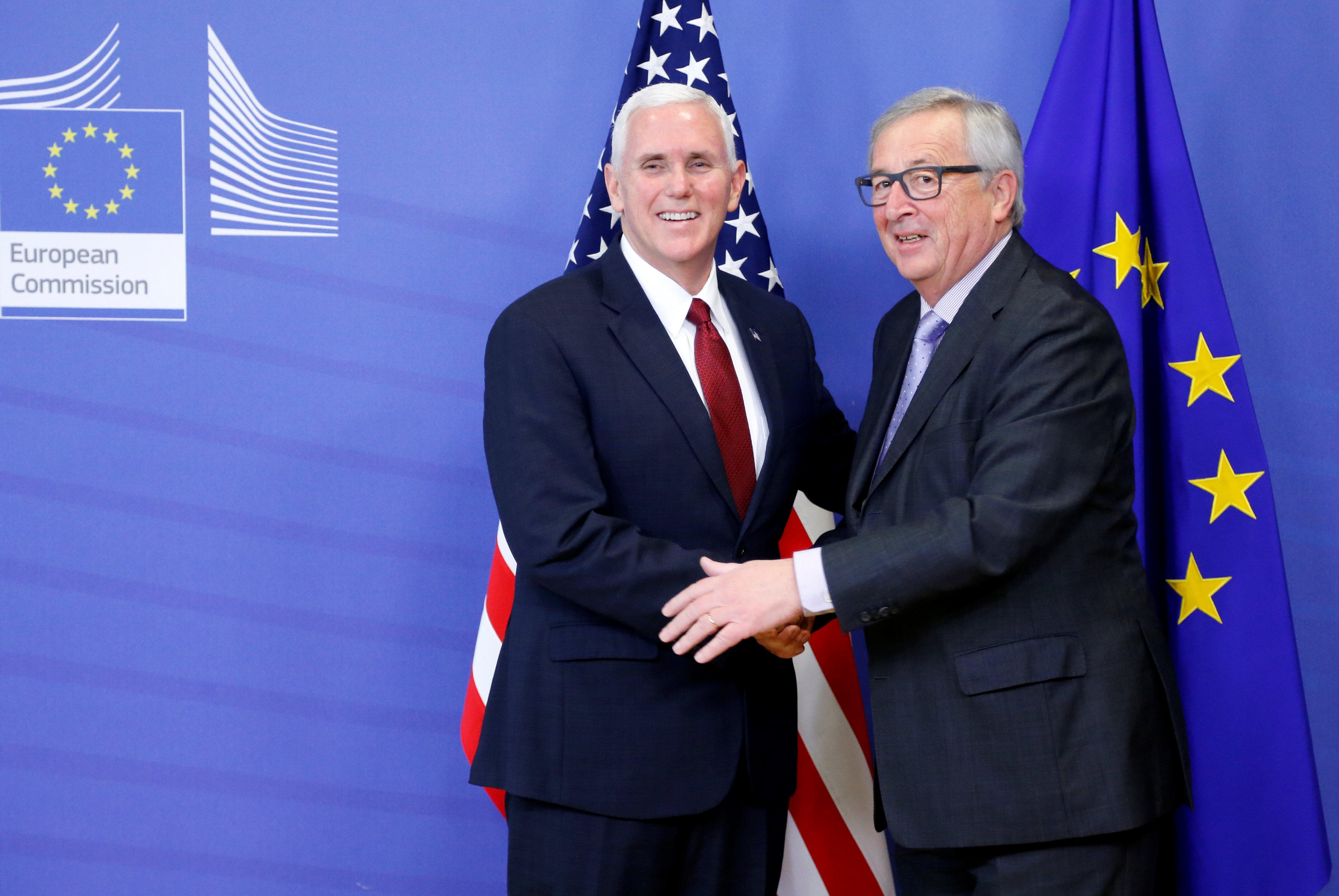 Vice President Mike Pence promised American allies Monday morning during a visit to Belgium that the U.S. will continue working closely with the European Union.

Pence is holding a series of meetings with European and NATO allies this week as Defense Secretary James Mattis visits four key allies in Europe and the Middle East.

The mission for both men is to smooth over the White House’s message on foreign policy, and soften the rhetoric coming from their boss.

As CBS News’ Chip Reid reports, top U.S. officials are finding it necessary as they travel abroad to go out of their way to calm America’s oldest and closest allies, reassuring them that U.S. commitments are unwavering.

Speaking to reporters in Brussels, Pence said it was his “privilege, on behalf of President Trump, to express the strong commitment of the United States to continue cooperation and partnership with the European Union.”

“Whatever our differences, our two continents share the same heritage, the same values and above all, the same purpose to promote peace and prosperity through freedom, democracy and the rule of law. And to those objectives we will remain committed,” Pence said.

Donald Tusk, current chair of the European Council of EU leaders, said after meeting Pence that the U.S. vice president had given his backing on three paramount issues; international law being foundation of the world order, the NATO alliance being the foundation of security, and the importance of a united Europe.

“After such a positive declaration, both Europeans and Americans must simply practice what they preach,” he said in a statement after meeting Pence.

Mattis assured leaders at a security conference in Germany on Friday that, “President Trump came into office and has thrown his full support to NATO.”

On his first overseas trip as Defense Secretary, Mattis was reassuring allies anxious over comments Mr. Trump made repeatedly on the campaign trail, suggesting he would “be requesting that all NATO nations pay their bills.”

“The countries we are defending must pay for the cost of this defense, and if not, the U.S. must be prepared to let these countries defend themselves,” Mr. Trump said.

This morning, Mattis touched down in Baghdad for an unannounced visit to monitor the U.S.-backed war effort against ISIS. Shortly before his arrival, the defense secretary distanced himself from remarks made by Mr. Trump suggesting the U.S. could seize Iraqi oil as compensation for the military assistance in fighting ISIS.

“All of us in America have generally paid for our gas and oil all along, and I’m sure that we will continue to do so in the future. We’re not in Iraq to seize anyone’s oil,” Mattis said.

The two senior Trump administration officials’ remarks underscore the challenge White house officials face overseas as they try to balance the need for a cohesive U.S. message with a commander in chief who often speaks off the cuff.

“This is President Trump’s promise: We will stand with Europe today and every day,” said Vice President Pence Saturday in Brussels, reassuring European allies of the U.S. commitment to their security.

He did so, however, as Mr. Trump made a confusing assertion about recent terrorism in Europe.

But there hasn’t been a terror attack in Sweden since 2010, and Mr. Trump’s statement prompted a tweet from the former Swedish prime minister, asking what the U.S. leader had “been smoking.”

The president took to twitter over the weekend to try to explain his statement on Sweden, saying he was referring to a report he saw earlier on Fox News, which referenced an increase of immigrants to that country.