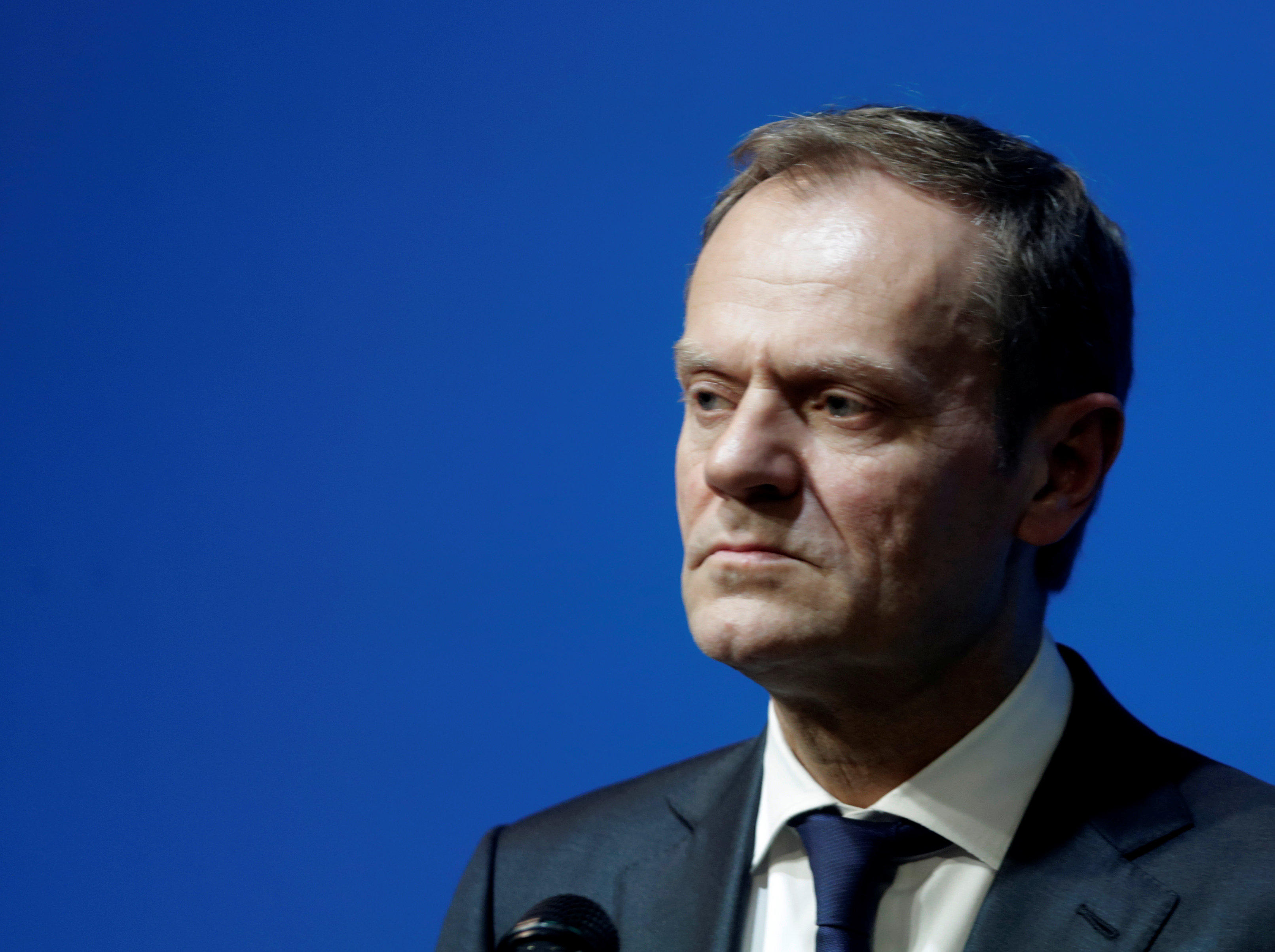 In a letter to 27 EU leaders, Tusk mentioned the Trump administration as part of an external “threat” to the bloc alongside China, Russia, radical Islam, war and terror. The letter was not sent to Britain, which is poised to leave the bloc.

Echoing statements from many European capitals, he said that those global challenges, “as well as worrying declarations by the new American administration, all make our future highly unpredictable.”

“Particularly the change in Washington puts the European Union in a difficult situation; with the new administration seeming to put into question the last 70 years of American foreign policy,” Tusk said.

U.S. allies in Europe have been particularly troubled by the rhetoric used by Mr. Trump and his closest advisers regarding the North Atlantic Treaty Organization (NATO), a cornerstone of American security policy for seven decades that the new U.S. leader has called “obsolete.”

But in Mr. Trump’s comments to the Times of London, disparaging NATO as obsolete and unfair, he added that the alliance was “very important” to him. The apparent contradiction left EU allies scratching their heads the following day, with German Foreign Minister Frank-Walter Steinmeier saying Mr. Trump’s views on the alliance had “caused astonishment.”

A senior Russian official, however, suggested Mr. Trump’s stance on NATO was the same one the Kremlin has espoused for some time, agreeing the trans-Atlantic alliance was “obsolete.”

Beyond NATO, Mr. Trump indicated in the interview with the Times that he was indifferent to whether the EU stays together or not, a sharp break from the Obama administration, which encouraged Great Britain to remain in the EU last year before the U.K. voted in June to leave.

Mr. Trump has called into question -- for the first time since the U.S. helped create NATO in the wake of World War II -- whether America would help defend its treaty allies in the face of aggression from an increasingly-assertive Russia.

Under President Obama and in the wake of Russia’s annexation of the Crimean Peninsula from Ukraine, by force, the U.S. sought to reassure jittery Eastern European nations near Russia’s western border. As part of that commitment, about 4,000 U.S. military personnel and all the equipment of a combat brigade rolled into Eastern Europe earlier this month.

The troops are to fan out across seven countries, from Estonia to Bulgaria, for exercises. A headquarters unit will be stationed in Germany. After nine months they will be replaced by another unit.

President Trump could reverse the deployment, reported CBS News correspondent Elizabeth Palmer, but it’s believed that would take months, or even years to accomplish.

NATO will also deploy four multinational battalions to its eastern flank later this year, one each to Poland and the three Baltic states. The U.S. will also lead one of those battalions.