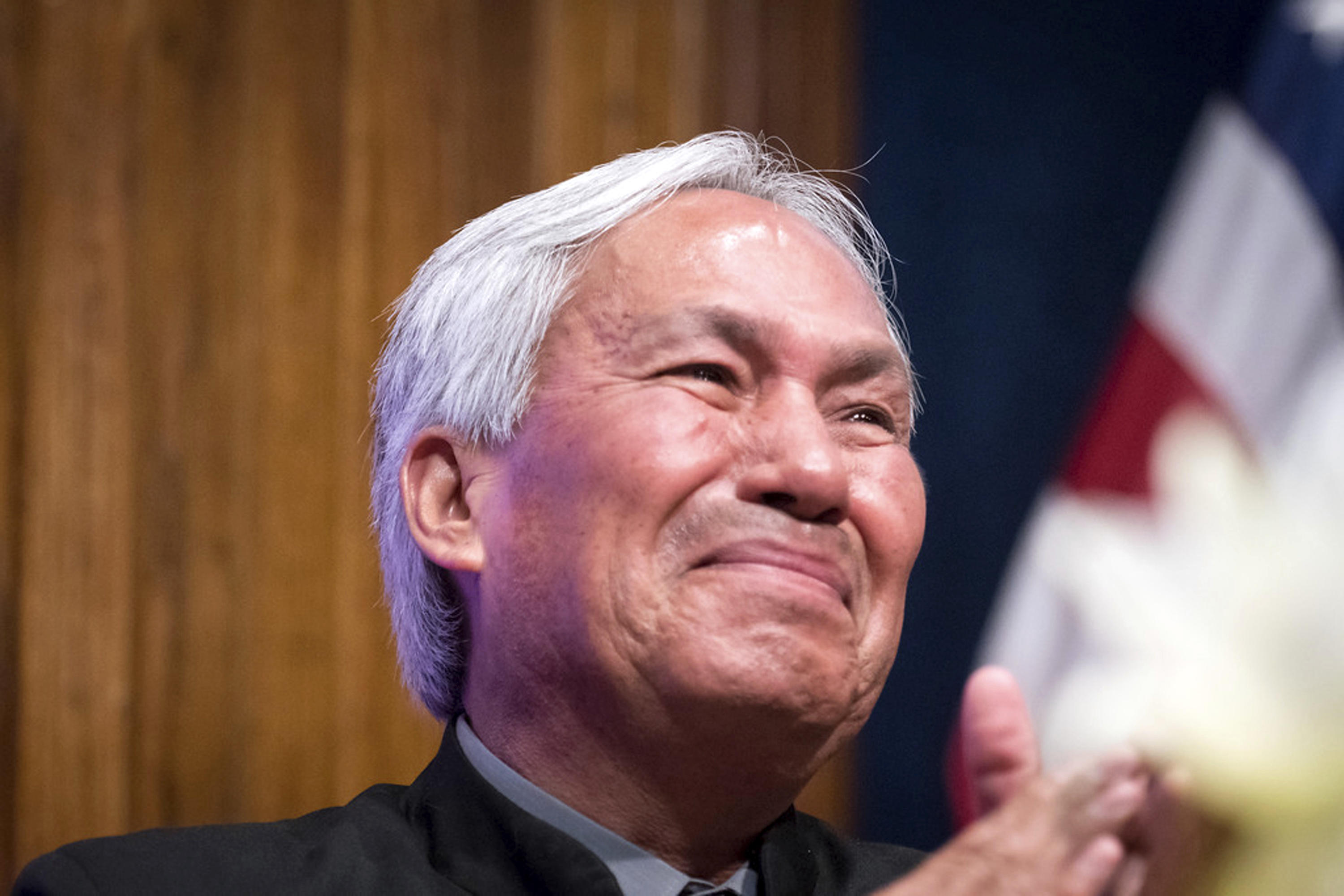 HOUSTON -- Advocates for a Mexican journalist detained in a remote West Texas facility asked the U.S. government to grant him asylum instead of deporting him to a country where he believes he'll be killed. Emilio Gutierrez Soto fled to the United States a decade ago after articles he wrote alleging corruption in the Mexican military caused his name to end up on a hit list.

Mexico is one of the world's most dangerous places for journalism, likened to countries such as Syria and Iraq. At least 11 journalists have been killed in Mexico this year.

After coming within hours of possible deportation, Gutierrez, 54, is now appealing. The National Press Club and other press freedom advocates held an event Monday highlighting Gutierrez's case and those of other reporters whose lives were in danger.

Speaking by phone from a U.S. Immigration and Customs Enforcement detention center in Sierra Blanca, Texas, Gutierrez accused Mexican leaders of being complicit in the violence of drug cartels and the murders of journalists, though he did not make specific allegations.

"The biggest criminal organization is the government," Gutierrez said. "I'm afraid to take one step into Mexico."

"Every journalist in Mexico is a target now," Chaparro said in the interview broadcast in August. "She was brave. I felt that bullet was too close for me."

Oscar Cantu, the owner of El Norte, showed CBS News Breach's final report in which she wrote, "by either threat or just being complicit, the heads of narcos in all of these regions (Chihuahua State) have infiltrated local governments."

Cantu believed it was likely that exact report lead to her death.

The U.S. government historically rejects most asylum claims. Over a five-year period ending in September 2016, the U.S. received about 267,000 asylum claims and granted 46,000.

It has granted asylum in recent years to a number of Mexican journalists. But Eduardo Beckett, Gutierrez's lawyer, accused the U.S. of turning a blind eye to corruption and violence in Mexico, and blamed the Trump administration for changing how it deals with asylum seekers.

"There is no more humanity," Beckett said. "The new tactic is, we'll pressure you, we'll keep you detained, in hopes you'll give up."

Another Mexican journalist did just that earlier this year. After spending nearly four months in an immigration facility, reporter Martin Mendez Pineda returned to Mexico and went into hiding.

Mexico has created a federal protection program for journalists, with about 600 enrollees nationwide. But one reporter in the program was killed earlier this year, and others question whether the federal government has the power or the will to protect them. Meanwhile, high-profile killings have continued, including the death of Javier Valdez, a legendary reporter who covered drug trafficking in Sinaloa state.

Gutierrez worked for El Diario del Noroeste, a newspaper in the state of Chihuahua. He said his problems began after he wrote articles that alleged military forces were robbing and extorting local people in Chihuahua, which borders New Mexico and part of West Texas.

After receiving what his advocates called veiled threats, Gutierrez discovered his name had been placed on a hit list. So he fled north with his teenage son and entered the U.S. in 2008, seeking asylum.

He spent seven months in detention before his release in January 2009, while his application for asylum remained pending.

Beckett said that Gutierrez was no longer working in journalism while living in the West Texas border city of El Paso. Instead, he supported himself by operating a food truck, Beckett said. His son, now 24, works in a restaurant. But while in the United States, Gutierrez heard from people back in Mexico that if he returned, he would end up like other journalists who were killed.

After nine years, a judge denied his asylum request in July, and the U.S. Board of Immigration Appeals dismissed his appeal in November.

His advocates say he came close to being sent back to Mexico before the appeals board on Thursday issued a stay of his deportation.

The U.S. Department of Justice and the Mexican foreign affairs ministry did not return messages seeking comment Monday. ICE said in a statement that Gutierrez remains in the agency's custody "pending disposition of his immigration case."