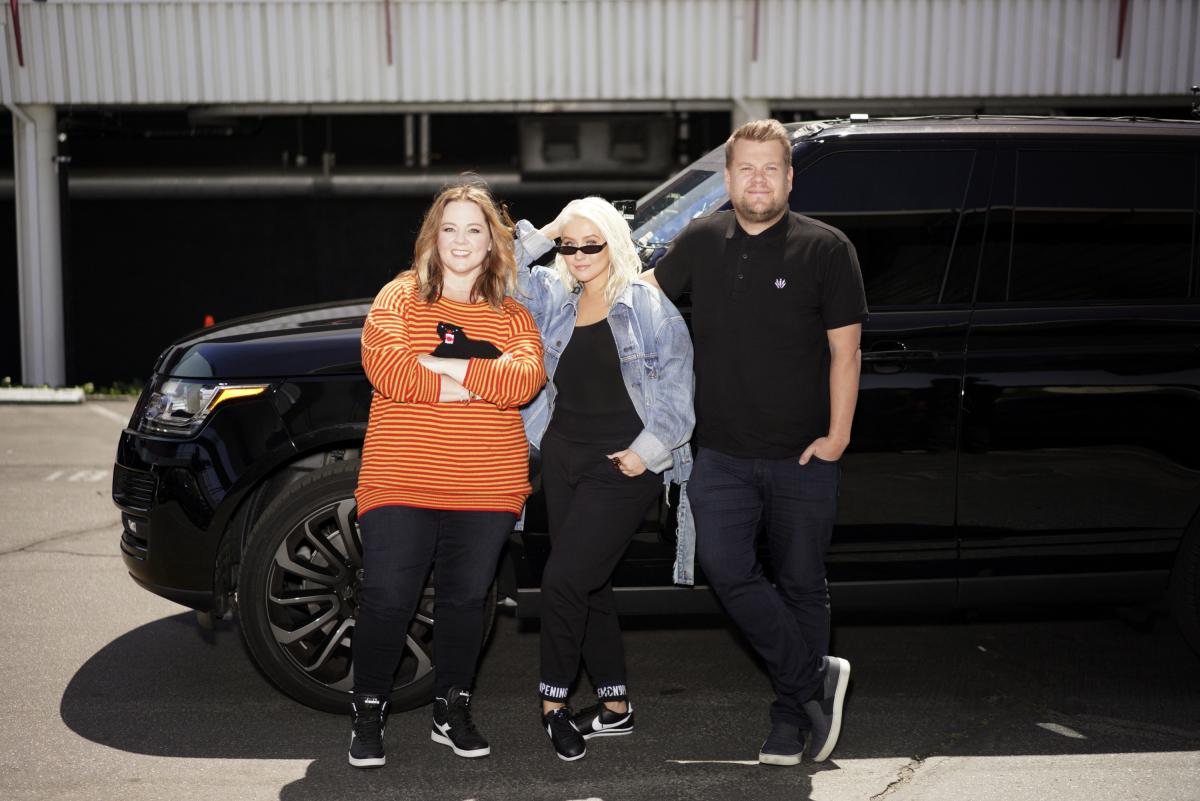 Melissa McCarthy made sure Christina Aguilera wasn't the only diva on James Corden's annual "Carpool Karaoke Primetime Special" -- the comedian crashed Aguilera's ride along with Corden on Monday's episode. The segment started out with Aguilera and Corden singing her 2002 hit "Fighter," and Corden grilled Aguilera on her vocals, asking, "How are you doing do that with your voice? Riiide?"

Aguilera tried to teach Corden and told him to get his angsty fighter on, but Corden said, "I sound like Fozzie."

Then the two talked about Aguilera's experience on the "Mickey Mouse Club," and her impressive cast mates, including Britney Spears, Justin Timberlake and Ryan Gosling.

Corden asked Aguilera if she had a crush on Gosling, and she said she did not, but when he asked if she instead had a crush on Timberlake, she laughed nervously and stammered, "Um, I think, well there was like a ... me and Britney were, you know, like … well, you know, there was like a thing back then." Then she turned to Corden and said, "Oh my god, you're going in!" She added, "It was a good time," and said of Timberlake, "He had swag."

Then, perhaps to distract Corden, she said, "I know Ryan actually, pretty much, he did have actually have a crush on Britney."

She and Corden then sang "Dirrty" and as Aguilera hit her signature vocal run, McCarthy popped up from the back seat to rap Redman's verse.

After the song, McCarthy claimed, "I have been here the entire time." She and Aguilera are starring in upcoming film "Life of the Party" together.

McCarthy said it made sense for her to participate in "Carpool Karaoke" and said, "I guess if there's a Redman rap, it's probably me. It's a natural jump."

Then McCarthy and Corden asked for singing lessons from Aguilera. Watch the full "Carpool Karaoke" below.