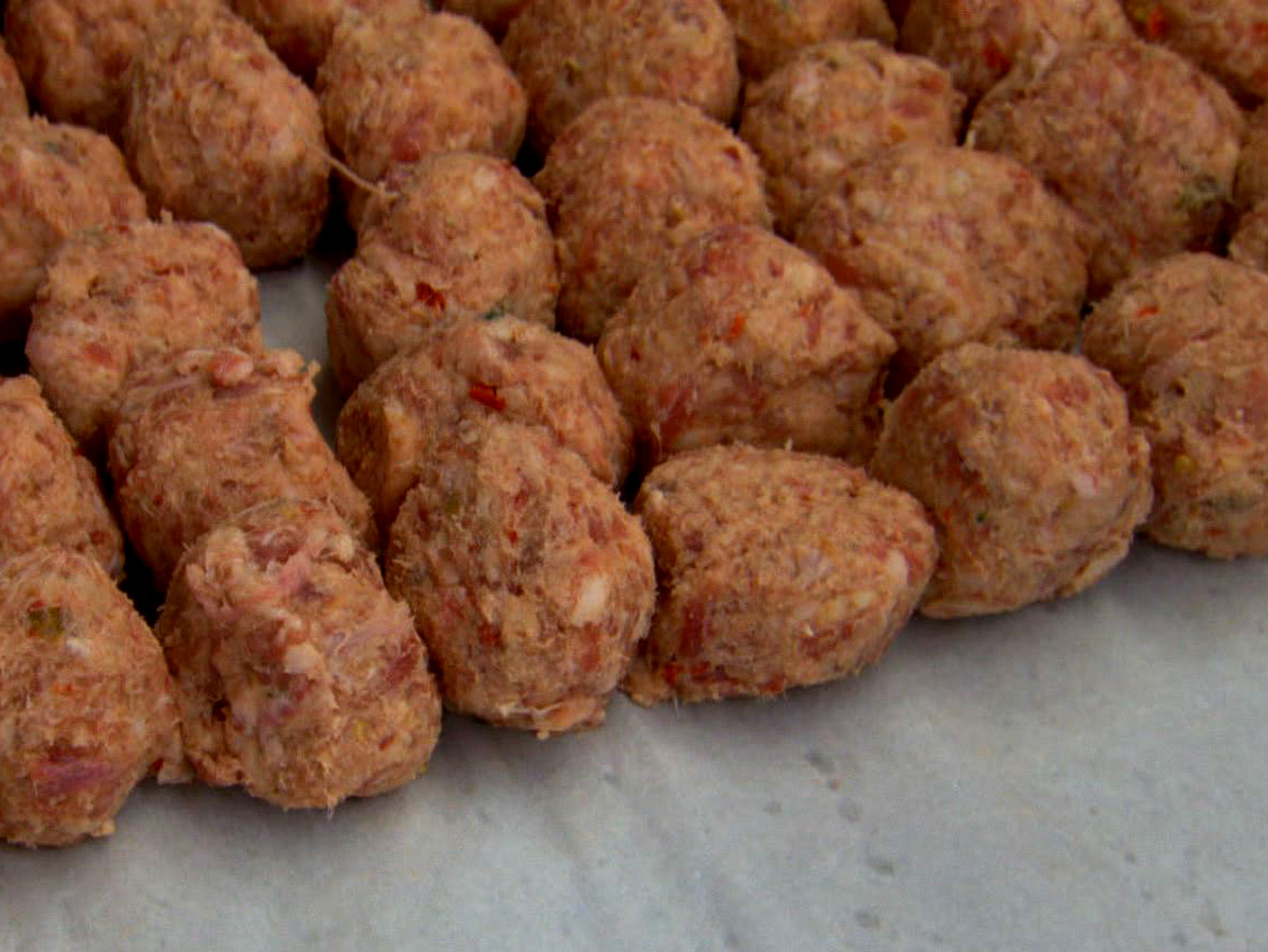 (CBS News)  The owners of a specialty restaurant in New York City have captured the food zeitgeist, as Serena Altschul discovers:

In this busy kitchen in Brooklyn, N.Y., life is a daily grind. And from the ground meat comes meatballs . . . lots of meatballs.

"It's out of control," said the Meatball Shop's David Holzman. They produce seven thousand meatballs a day, in 54 flavors.

""We have the Thanksgiving meatballs,M" said Holzman. "Three turkey meatballs with two stuffing balls, with gravy and cranberry sauce over mashed potatoes.  And honestly, it's something that I crave all year round."

After 20 years of friendship, Holzman and Michael Chernow can finish each other’s sentences.

And just as easily, it seems, they’ve realized each other’s life-long dream: co-owning the Meatball Shop.

"I compare meatballs to the New York Yankees.  You know, they're classic and they always win.  And that's just sort of the way it –"

"Unless the Red Sox win," interjected Holzman, "like this year."

And these guys really hit one out of the park.  Since opening the Meatball Shop in 2010, they now have five locations around New York City.

"Does it surprise you, or did you kind of know right away, 'We're onto something here'?" asked Altschul.

And the guests came rolling in.

Meatball-specialty restaurants are now everywhere, from California to Connecticut.

"I think that there was a meatball wave coming," said Chernow. "And we're like surfers.  We caught the wave!. But the truth is that meatballs were in the zeitgeist."

Call it zeitgeist or just call it dinner, one thing’s for certain: Meatballs are on a roll.