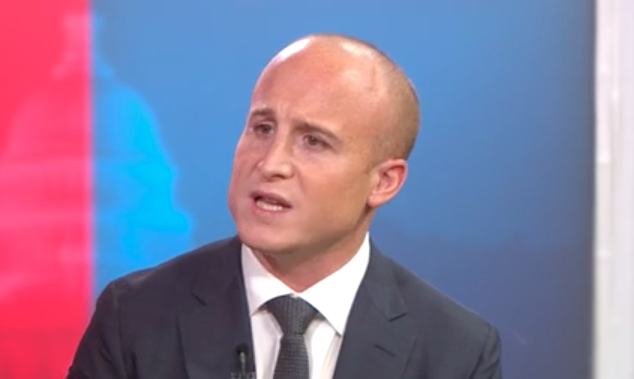 Democrat Max Rose released his first television campaign ad Wednesday in his campaign against incumbent Republican Rep. Dan Donovan. Donovan's district in New York encompasses Staten Island and a small part of Brooklyn, and is one of the many Republican-held seats across the country which may potentially flip to Democratic control in November.

In the ad, Rose highlights his military service as an infantry platoon leader in the Army, and the power of having a bipartisan group of lawmakers working together.

"After my vehicle hit an IED, one of the generals told me, 'Son, five years ago you'd be dead.' And he was right. If Congress hadn't put armored vehicles in the field, I wouldn't be standing here today," Rose says in the video. "But now politicians like Dan Donovan sell out to corporate PACs, and we can't get anything done."

Rose is not accepting any money from corporate PACs. His campaign has received national attention, and he is being backed by the Democratic Congressional Campaign Committee's "Red to Blue" initiative.

According to a campaign spokesperson, this video is the beginning of a seven-figure ad buy. The campaign will continue to roll out television ads in the coming months. Rose has raised over $1.9 million since he joined the race, while Donovan has raised around $1.8 million.

"I've got a message for the lobbyists and the corporate kingmakers: keep your damn money. Because it's not you I'm working for," Rose says in the ad.

Donovan was endorsed by President Trump in his primary race against former Rep. Michael Grimm in June, and has been touting the president's support in his campaign material. Staten Island is the only borough in New York City which voted for Mr. Trump in 2016.