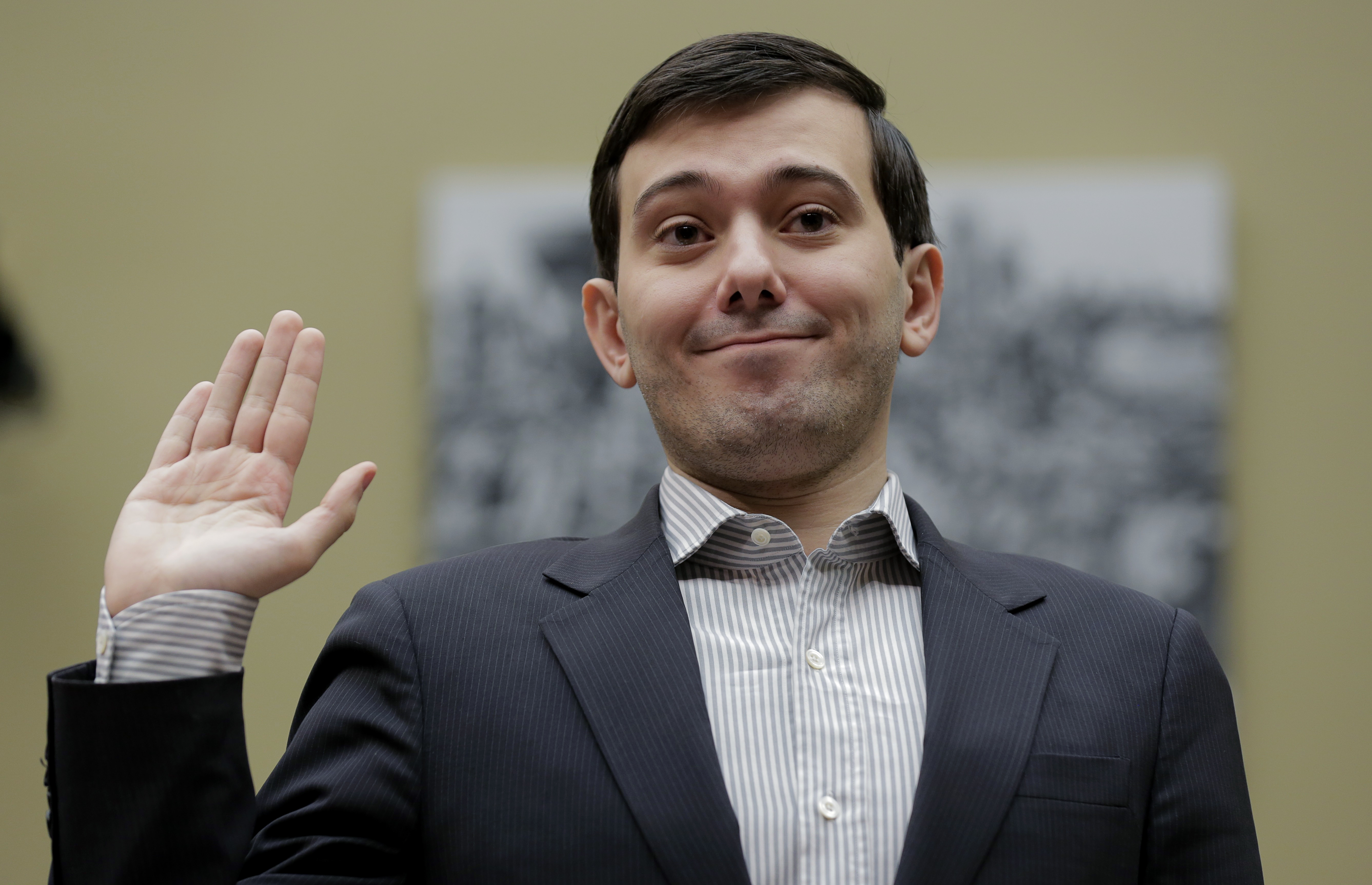 Wishing "A pox on the Dorsey house!" and "With disdain and pity," Martin Shkreli wrote me from his Brooklyn jailhouse last fall while awaiting his sentencing hearings. Shkreli was convicted last August of defrauding investors in hedge funds he oversaw by misleading them about his track record, along with a fraud scheme related to Retrophin, a company he founded. On Friday, Shkreli was sentenced to seven years in prison for securities fraud in a Brooklyn court.

In several letters, Shkreli lashed out at the media, discussed his budding friendships with fellow inmates, boasted about his current research, and defended himself from the actions on which he was convicted and on which he was publicly reviled as a poster boy for pharmaceutical greed.

"You disgust me," he wrote in an October letter addressed to "Steve Dorsey, a Jerk."

Shkreli wrote in the letter, "When Trump speaks of draining the swamp that is the media-government complex, he speaks of you, as do the American people. If you represent the 'Fourth Estate,' it is a depleted and abandoned housing project on Manhattan's lower east side."

I first reached out in September to Shkreli, who was ordered to the Brooklyn Metropolitan Detention Center shortly before I wrote him. He had just offered his online following $5,000 for a strand of Hillary Clinton's hair during her book tour, an act that resulted in the revocation of his bail for solicitation of assault.

He defended himself, writing, "In my case, my 'defrauded' investors made 3-5x their money and I made $24,000 for three years of work."

A U.S. District Court judge in Brooklyn handed down the seven year sentence on Friday. Judge Kiyo Matsumoto said she believed Shkreli to be genuinely remorseful for his crimes, but she expressed concern that a minimal sentence might not deter him in future.

However, "I don't think she (the judge) would ever consider a 20-year sentence to a first offender."

The 34-year-old became infamous as the head of drugmaker Turing Pharmaceuticals. There, he increased the price of the lifesaving drug Daraprim by 5,000 percent to $750 per tablet. The drug is used to treat a parasitic infection, and to help people with compromised immune systems like those with AIDS, and cancer patients.

But in one letter to me Shkreli wrote, "Which patients panicked [at the price increase] or were deprived of Daraprim? There are five alternatives to Daraprim, you dummy."

Still, Shkreli said he "also thought carefully prior to increasing the price of Daraprim."

Shkreli stopped responding to my letters that continued through December. His correspondence with the judge differs in tone, according to court filings. This isn't so surprising, given that Shkreli is asking the judge for leniency in his case. In a letter to the judge, he wrote, "I was wrong, I was a fool. I should have known better."

He promised, "I will do my absolute best to use my skills and whatever talents I have been blessed with for the betterment of humanity."

Shkreli got a head start on that promise while in prison, writing about his efforts to mentor fellow prisonmates like "Tyrone, Corey, Jason, Steve, Eric and dozens of others," calling them "smart ambitious young men who have made awful mistakes and see in me, their first executive friend, a way out of drugs and crime."