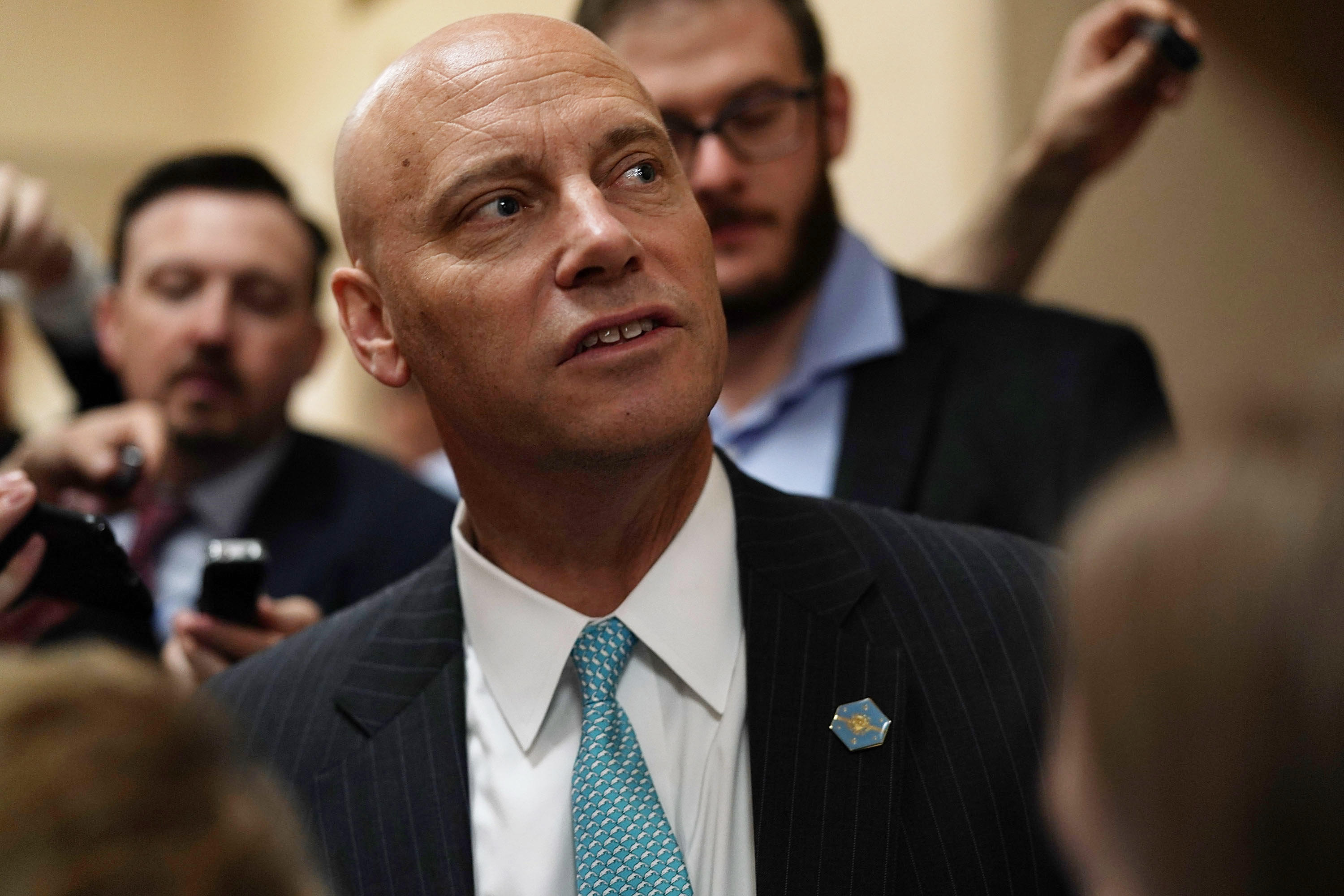 White House director of legislative affairs Marc Short is leaving the Trump administration, CBS News' Margaret Brennan confirms. Short will be joining the Miller Center for Public Affairs at the University of Virginia as a senior fellow, effective August 1.

"Marc is widely respected in both parties," William Antholis, Miller Center director and CEO, said in a statement Thursday. "We had the privilege of getting to know Marc through the presidential transition and the Trump administration's first year, and have been impressed by his professionalism, effectiveness, and collegiality."

Chief of Staff John Kelly said in a statement on Thursday, "Marc was an integral part of the White House staff."

Kelly added, "He and his team helped the President rebuild the military, pass historic tax reform and achieve unprecedented legislative successes. We will miss his profound expertise, commitment to the taxpayers, and leadership."

The news comes as little surprise to many. Short has been rumored to be departing the White House before the 2018 midterm elections.

The Wall Street Journal first reported last month that Short would leave the job as early as this summer, citing "diminishing returns" of pushing the president's agenda to Republican members on Capitol Hill.

The Journal, citing people familiar with conversations, said Short had informed Kelly before the White House delegation went to Singapore for the North Korea summit in June that he would be leaving sometime soon.

When asked about any possible plan in motion to replace Short, as well as to replace White House press secretary Sarah Huckabee Sanders and principal deputy press secretary Raj Shah after sources told CBS News the two were planning their departures, Sanders told reporters, "I don't know that there's a need to replace them."

The Journal reported that a possible contender to succeed Short would be Shahira Knight, deputy director of the National Economic Council, a department that has seen its own shift in staffing after Larry Kudlow replaced Gary Cohn as NEC director after Cohn stepped down in March.

The White House confirmed that Knight would be taking Short's place as Assistant to the President and Director of the Office of Legislative Affairs.

"She brings over two decades of legislative and policy experience to the role.  Previously, Ms. Knight served as Deputy Assistant to the President for Economic Policy and Deputy Director of the National Economic Council," the White House said in a statement.

Short's move to leave the Trump White House is the latest staff departure, and it comes days after EPA chief Scott Pruitt resigned from his position last week.

Short previously served as chief of staff to Vice President Mike Pence and was president of Freedom Partners, the Koch brothers' chamber of commerce-styled group. Short said in a statement the he will be "forever indebted to President Trump and Vice President Pence for the opportunity to join their campaign in 2016 and be part of an Administration that has worked with Congress to pass the largest tax relief in American history, to rebuild our military with the largest funding increases since the Reagan years, and to confirm more appeals court judges than any Administration in its first two years."