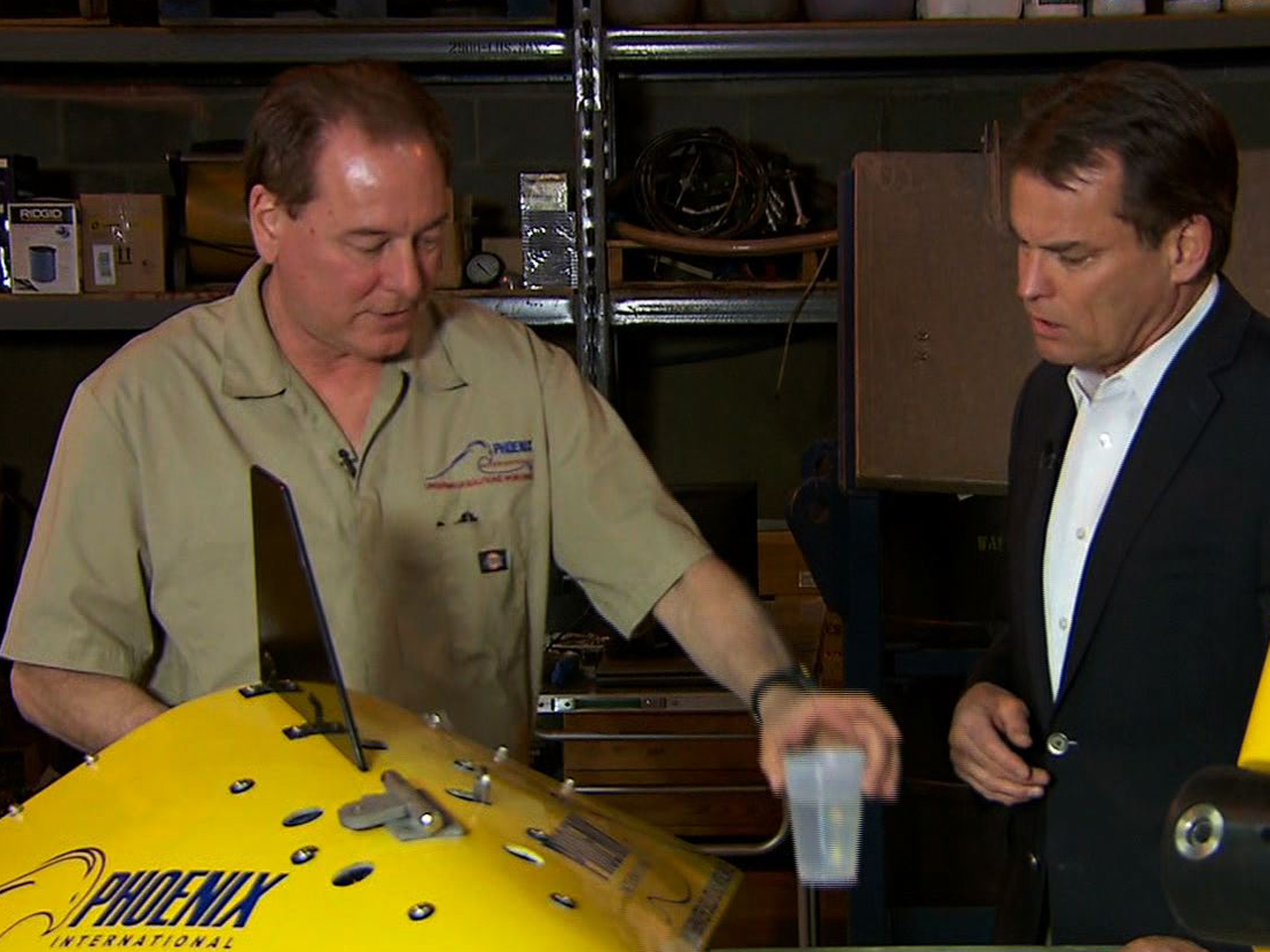 The remote section of ocean where the hunt for Malaysia Airlines Flight 370 is now focused is called the "Roaring Forties," an area 40 degrees south of the equator that's known for its ferocious winds and fast currents. Those conditions are among the enormous challenges a retrieval operation would face if the Boeing 777 is located.

If Flight 370 did crash in the ocean, what investigators will be looking for is a pinger - barely the size of a roll of quarters - and if they find it, they'll have a good idea of where the wreckage is, and then they can send search vehicles down to start the long process of bringing it back to the surface.

Curt Newport has been performing airplane search and recovery operations for 35 years. He's an expert at finding a plane's black boxes on the floor of the ocean. He told CBS News' Chip Reid, "The pinger goes in the water, and you can hear it chirping."

Newport works for Phoenix International, whose experts have worked on similar recovery operations, including the 1986 Challenger explosion and the 2009 disappearance of Air France Flight 447.

But a pinger only lasts for 30 to 40 days. After that, a torpedo-shaped automated underwater vehicle, known as a AUV, will take charge of the search. Paul Nelson, a project manager at Phoenix International, said, "It'll run a search pattern. Think of it like mowing the lawn, up and back, up and back, and it collects data for 20 hours."

The AUV can cover an area the size of Manhattan every four days, but if there's little indication of where a plane went down, the hunt can be agonizingly slow.

After the Air France flight vanished over the Atlantic Ocean with 228 people aboard, it took three AUVs two years to find it.

And then there is the recovery. If Flight 370 is located, a remotely operated vehicle will start the difficult task of recovering it from the ocean floor. Nelson explained, "It's the workhorse of the operation. This will go down to the bottom, investigate the debris field and recover any items of interest that the investigators determine that they need."

One important thing to keep in mind, Reid added, is that when the people of Phoenix International are doing a recovery operation, they say they are painfully aware that they are working at the scene of a horrible tragedy, and they go about their work in a very respectful manner.