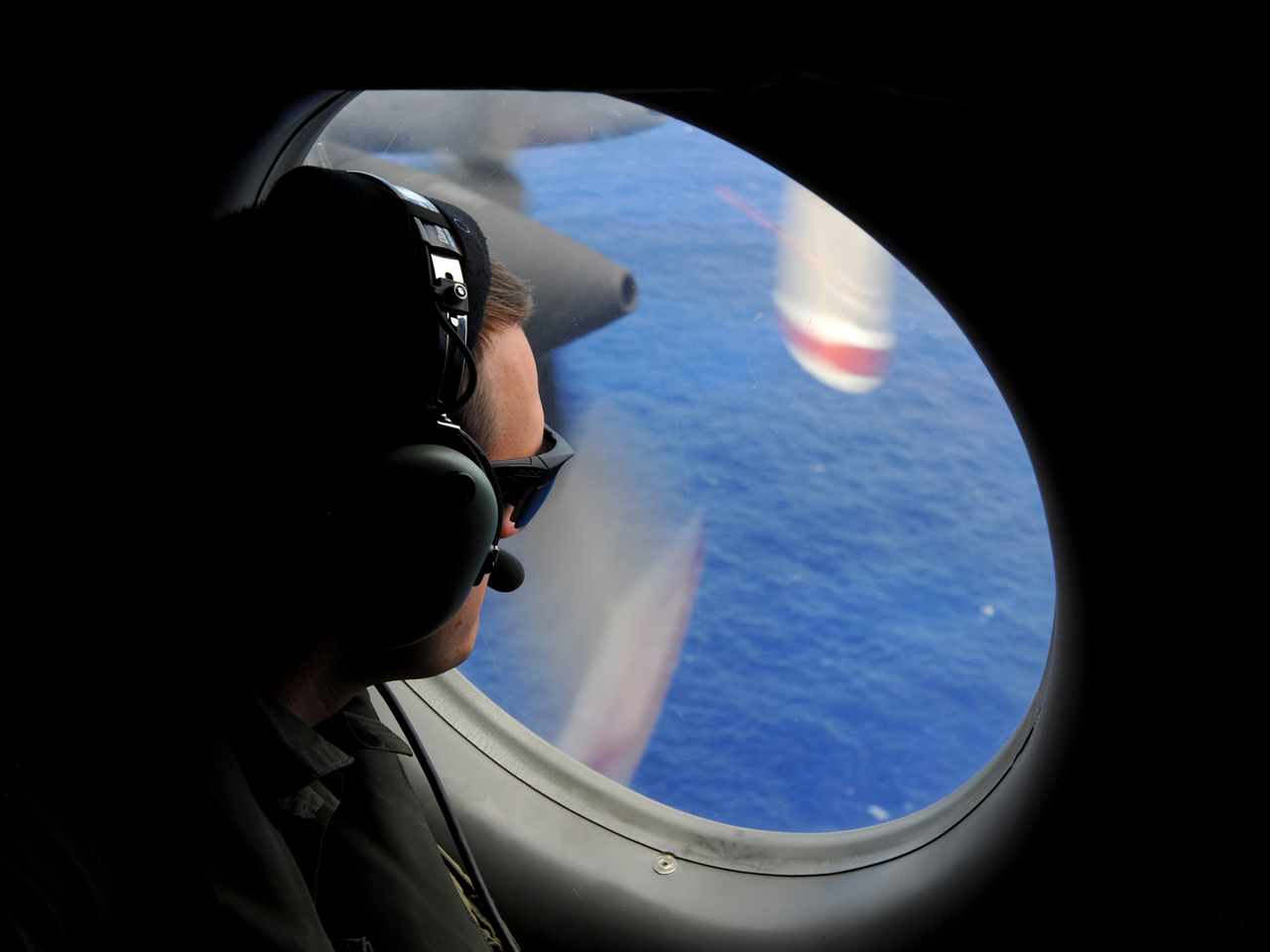 PERTH, Australia - Following four strong underwater signals in the past week, all has gone quiet in the hunt for the missing Malaysia Airlines Flight 370 jet, meaning the batteries in the plane's all-important black boxes may finally have died.

Despite having no new transmissions from the black boxes' locator beacons to go on, air and sea crews were continuing their search in the southern Indian Ocean on Sunday for debris and any sounds that may still be emanating. They are desperately trying to pinpoint where the Boeing 777 could be amid an enormous patch of deep ocean.

No new electronic pings have been detected since Tuesday by an Australian ship dragging a U.S. Navy device that listens for flight recorder signals. Once officials are confident that no more sounds will be heard, a robotic submersible will be sent down to slowly scour for wreckage.

"We're now into Day 37 of this tragedy," said aviation expert Geoffrey Thomas. "The battery life on the beacons is supposed to last 30 days. We're hoping it might last 40 days. However, it's been four or five days since the last strong pings. What they're hoping for is to get one more, maybe two more pings so they can do a triangulation of the sounds and try and narrow the (search) area."

Recovering the plane's flight data and cockpit voice recorders is essential for investigators to try to figure out what happened to Flight 370, which vanished March 8. It was carrying 239 people, mostly Chinese, while en route from Kuala Lumpur, Malaysia, to Beijing.

After analyzing satellite data, officials believe the plane flew off course for an unknown reason and went down in the southern Indian Ocean off Australia's west coast. Investigators trying to determine what happened to the plane are focusing on four areas - hijacking, sabotage and personal or psychological problems of those on board.

Two sounds heard a week ago by the Australian ship Ocean Shield, which was towing the ping locator, were determined to be consistent with the signals emitted from the black boxes. Two more pings were detected in the same general area Tuesday, but no new ones have been picked up since then.

Australian Prime Minister Tony Abbott has expressed confidence that the pings picked up by the Ocean Shield were coming from the plane's two black boxes, but he cautioned that finding the actual aircraft could take a long time.

"There's still a lot more work to be done and I don't want anyone to think that we are certain of success, or that success, should it come, is going to happen in the next week or even month. There's a lot of difficulty and a lot of uncertainty left in this," Abbott said Saturday in Beijing, where he was wrapping up a visit to China.

Searchers want to pinpoint the exact location of the source of the sounds - or as close as they can get - before sending the Bluefin 21 submersible down. It will not be deployed until officials are confident that no other electronic signals will come, and that they have narrowed the search area as much as possible.

The underwater search zone is currently a 500-square-mile patch of the seabed, about the size of Los Angeles.

The sub takes six times longer to cover the same area as the ping locator, and will need about six weeks to two months to canvass the current underwater zone. The signals are also coming from 15,000 feet below the surface, which is the deepest the sub can dive.

The surface area being searched on Sunday for floating debris was 22,203 square miles of ocean extending about 1,367 miles northwest of Perth. Up to 12 planes and 14 ships were participating in the hunt.