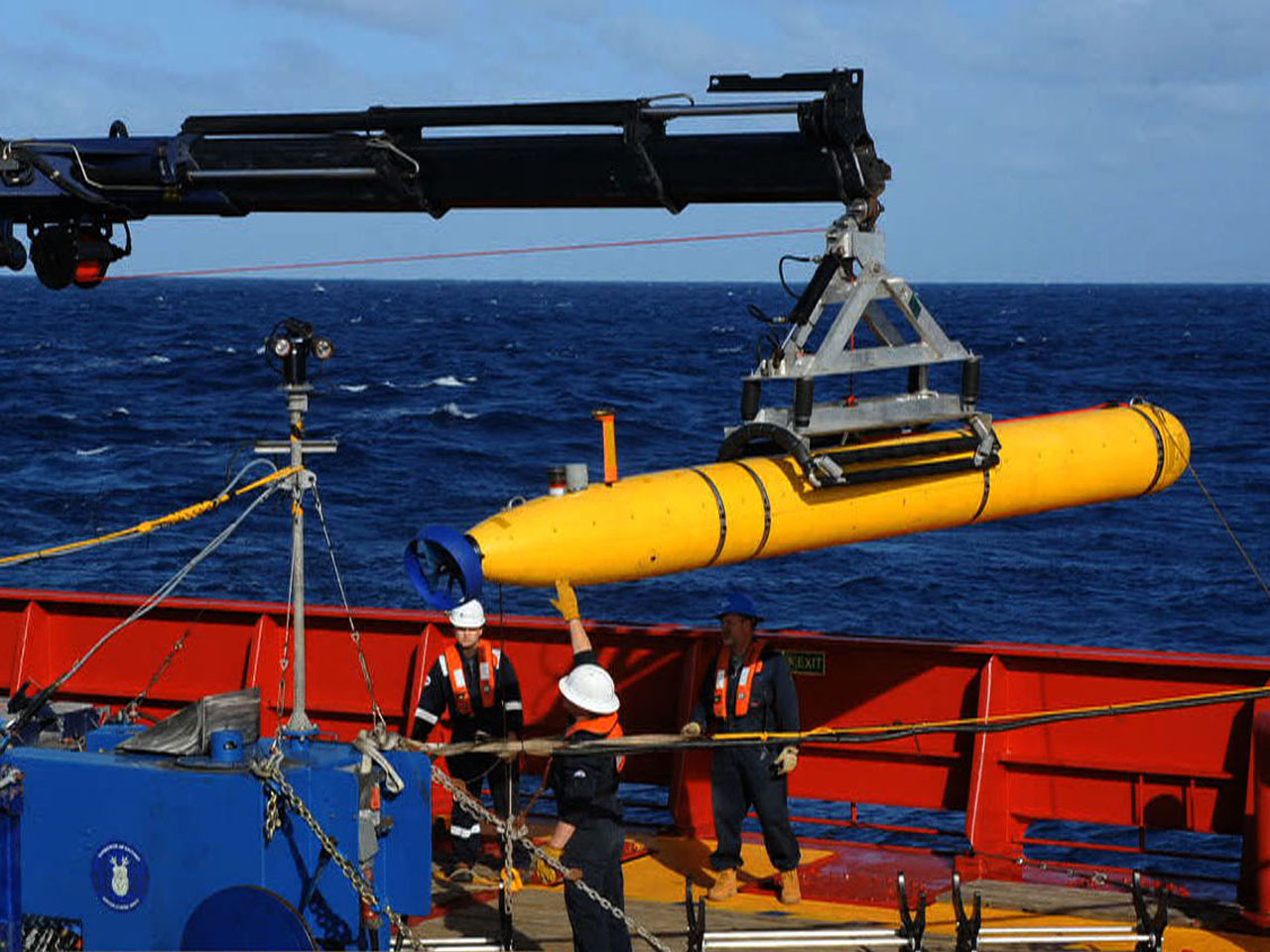 The search for missing Malaysia Airlines Flight 370 is back in high gear as an Australian ship is trying to pinpoint two new signals in the southern Indian Ocean. Officials say the pings could be from airliner black boxes.

A new estimate says the search has already cost more than $44 million. Flight 370 is on track to become the most expensive recovery effort in aviation history, and it involves some of the world's most advanced undersea technology.

One of the U.S. Navy's best tools is a device called an autonomous underwater vehicle, CBS News' Elaine Quijano reports. At just 21 inches in diameter, the specialized craft is able to travel to the furthest depths of the ocean to places no one has seen before.

In Quincy, Mass., near the city's historic shipyard, one of the world's most innovative deep-sea explorers is being but to the test. Called the Bluefin-21, the submersible vehicle can descend two-and-a-half miles below the ocean's surface to some of the most inhospitable places on the planet.

David Kelly, chief executive officer of Bluefin Robotics - a company that specializes in deep sea exploration - said, "The temperature's about slightly above freezing; it's pitch black. The pressure there is the equivalent of having a Cadillac Escalade balanced on your thumbnail."

One of the Bluefin's submersibles, owned by a U.S. Navy defense contractor, is now aboard the Australian vessel Ocean Shield in the southern Indian Ocean.

Now that a signal has been received, the torpedo-like craft will be soon be put to work. It will scour an area the size of Texas at a rate of 40 square miles each day.

Kelly explained, "Down there, it'll run what's called a lawnmower pattern. It's just like mowing the lawn at your house."

On each "mission," the craft uses sonar technology to scan the ocean floor. Those sounds create images that researchers analyze when the craft resurfaces once every 24 hours.

William O'Halloran, who runs Bluefin's Marine Operations, explained that sound refracts off of objects, and that is then turned into imagery experts can interpret.

Investigators, O'Halloran explained, will be looking for a number of things in their search.

Only when those out-of-place things are discovered would the Bluefin return to take a more detailed survey with its high-resolution cameras.

But in an area as remote as the Indian Ocean, researchers say the deployment of the Bluefin can at best be viewed as a starting point.

O'Halloran said, "Part of the challenge with this type of operation is just being able to sort of stay the course and withstand the amount of time it takes to do the search."

The Bluefin-21 will only be deployed when the pings from the black box have narrowed down a searchable area or when they have disappeared completely.