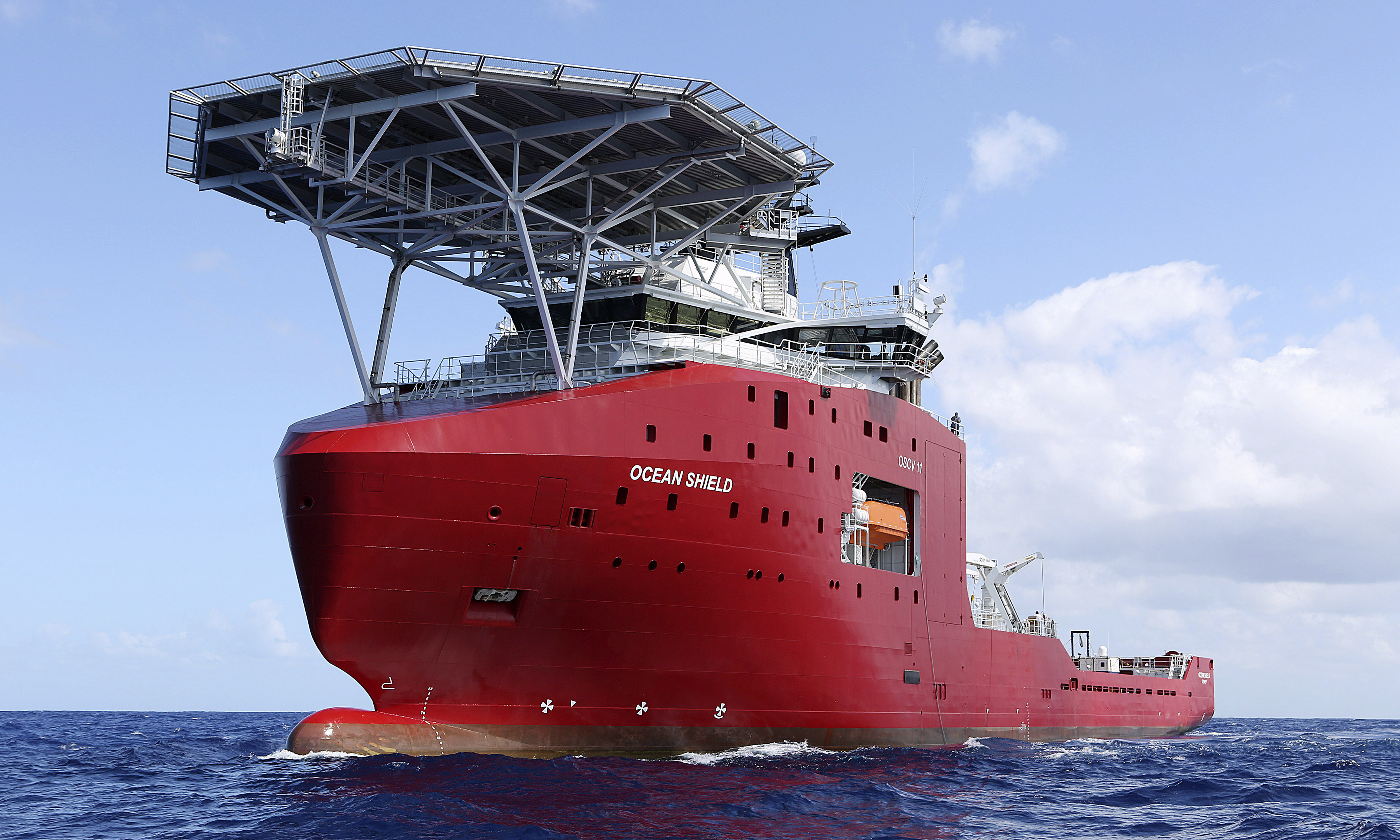 PERTH, Australia -- U.S. Navy equipment has picked up signals consistent with the pings from aircraft black boxes, an Australian search official said Monday, describing the discovery as "a most promising lead" in the month-long hunt for the missing Malaysia Airlines plane.

Angus Houston, the head of a joint agency coordinating the search in the southern Indian Ocean, called it "very encouraging" but warned it may take days to confirm whether signals picked up by the ship Ocean Shield are indeed from the flight recorders on Flight 370.

"Clearly, this is a most promising lead, and probably in the search so far, it's the probably the best information that we have had," Houston said at a news conference.

More
The Australian navy's Ocean Shield, which is carrying high-tech sound detectors from the U.S. Navy, picked up two separate signals within a remote patch of the Indian Ocean far off the west Australian coast that search crews have been crisscrossing for weeks. The first signal lasted two hours and 20 minutes before it was lost. The ship then turned around and picked up a signal again - this time recording two distinct "pinger returns" that lasted 13 minutes, Houston said.

"Significantly, this would be consistent with transmissions from both the flight data recorder and the cockpit voice recorder," Houston said.

He said the position of the noise needs to be further refined, and then an underwater autonomous vehicle can be sent in to investigate.


"It could take some days before the information is available to establish whether these detections can be confirmed as being from MH370," Houston said. "In very deep oceanic water, nothing happens fast."

The Ocean Shield was continuing to comb the area to try pick up the signals again, Houston said.

After a month-long hunt for answers filled with dead ends, Monday's news brought fresh hope. The two black boxes, which contain flight data and cockpit voice recordings, are the key to unraveling exactly what happened to Flight 370 and why.

Malaysian Defense Minister Hishammudin Hussein told reporters that in light of the new information, "We are cautiously hopeful that there will be a positive development in the next few days, if not hours."


But there is little time left to find the devices, which contain critical flight data and cockpit voice recordings that could help investigators unravel exactly what happened on board Flight 370. The devices have beacons that emit "pings" so they can be more easily found, but the beacons' batteries last only about a month. Tuesday marks exactly one month since the plane disappeared.

The plane vanished March 8 during a flight from Kuala Lumpur, Malaysia, to Beijing with 239 people on board, setting off an international search that started off Vietnam and then shifted to the southern Indian Ocean as information from radar and satellite data was refined.

The length of the search and lack of any information on the cause of the plane to go so far off course has transfixed the world.

If the Ocean Shield manages to pick up the signal again, the crew will launch a Bluefin-21 autonomous sub that can dive to about 14,800 feet, and scan for wreckage. Given the fact that the sea floor in the area is approximately that deep - and even deeper in some spots - the sub will be operating to the limits of its capability, Houston said.

Houston cautioned that it was too early to say the transmissions were coming from the black boxes on the missing passenger jet.

"I would want more confirmation before we say this is it," he said. "Without wreckage, we can't say it's definitely here. We've got to go down and have a look, and hopefully we'll find it somewhere in the area that we narrowed to."

Meanwhile, officials were trying to determine whether two separate sounds heard by a Chinese ship about 345 miles away from the Ocean Shield were related to the plane. The patrol vessel Haixun 01 first detected a brief "pulse signal" on Friday at the same frequency used by the airliner's black boxes. The ship detected a second signal on Saturday within 1.4 miles of the original signal, this one lasting for 90 seconds. Houston said China also reported seeing floating white objects in the area.

A British navy ship, the HMS Echo, with sophisticated sound-locating equipment, arrived Monday in the area where the Chinese ship picked up signals.

The crew of the Chinese ship reportedly picked up the signals using a sonar device called a hydrophone dangled over the side of a small boat - something experts said was technically possible but extremely unlikely. The equipment aboard the British and Australian ships is dragged slowly behind each vessel over long distances and is considered far more sophisticated.