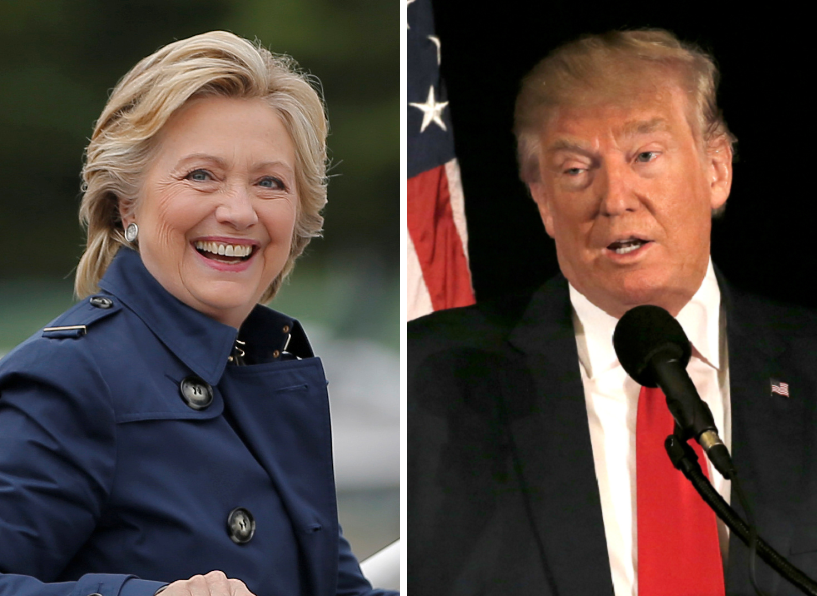 Amid allegations by a number of women accusing Donald Trump of inappropriate sexual advances, and the leaking of a high-level Hillary Clinton campaign official’s emails, CBS News’ latest poll shows that voters are finding weaknesses in both candidates.

Trump has expressed regret for his comments about women in a decade-old video, and said that those comments do not reflect how he views women now.  But most voters are skeptical.  Fifty-four percent of registered voters and a majority of Democrats (84 percent) and independents (52 percent) think Trump’s comments from eleven years ago are an accurate reflection of how he views women today.  Forty percent of voters – including 69 percent of Republicans – disagree.

The Trump campaign has dismissed Trump’s comments on the video as “locker room talk,” indicating the language is typical of how men sometimes talk about women to each other.  Voters are divided:  47 percent think Trump’s comments are typical, while 48 percent think they are not.  Republicans and Democrats view this matter differently.

A slight majority of both men and women think Trump’s comments on the video reflect his attitude towards women today.  Just over half of men reject the notion that his comments are typical of how men sometimes talk about women, while women are split.

More broadly, just 15 percent of voters think Trump respects women a lot, and 40 percent think he doesn’t respect them at all. In contrast, 53 percent think Clinton has a lot of respect for women.

Forty-six percent of women overall, and nearly half of women age 65 and older, say Trump does not respect women at all.

The percentage of women who say Trump doesn’t respect women at all has risen from 31 percent in September to 46 percent today.

Trump’s comments about women have initiated the withdrawal of support by a number of prominent Republican Party leaders and elected officials.  Three in four registered voters – as well as three in four Republican voters – say these repudiations will have no effect on their vote one way or the other. But 20 percent of Republicans say this will make them more likely to support Trump.

Trump has repeatedly referred to former President Bill Clinton’s conduct with some women in the past, as well as how Hillary Clinton responded to her husband’s extramarital activities.  Two in three voters do not think Bill Clinton’s extramarital activities and Hillary Clinton’s response should be a part of the presidential campaign, though most Republicans differ with Democrats and independents on this matter.

On  the heels of the leaked excerpts of Clinton’s Wall Street speeches, nearly seven in 10 voters say those have no effect on how they view Clinton. A quarter say they think worse of her, rising to 40 percent among Republicans.

Even among voters who have heard or read a lot about the speeches, six in 10 say the excerpts do not change their opinion of her.

It should be noted that more voters nationwide have heard or read at least something about the Access Hollywood recording (85 percent) than have heard about the leaked emails reportedly containing Clinton’s speeches (51 percent).

Trump has not released his tax returns, and most voters think he should. Fifty-nine percent think it’s necessary for him to release his returns, including majorities of Democrats and independents. Partisanship is at play here , as most Republicans don’t think Trump needs to release his tax returns.  These percentages have changed little from a month ago.

Most voters think Clinton did do something wrong when she set up a personal email address and server for work while she was Secretary of State, including 42 percent of voters who think what she did was illegal.  While just 11 percent of Democrats think Clinton’s actions were illegal, this rises to 45 percent among independents and 72 percent among Republicans.

In leaked excerpts of Clinton’s speeches, she references the need for having both a public and private stance on issues, and voters view her generally as not being forthright in her views. About two in three voters think Clinton says what people want to hear, while just 34 percent think she says what she believes. In contrast, 59 percent think Donald Trump says what he believes.

Overall, both candidates continue to be viewed far more negatively than positively by voters.

The Candidates on the Issues

The 2016 House Vote and Views of the Party

With control of the Congress at stake in this year’s election, some Republican leaders have expressed concern about the effect of Donald Trump’s candidacy on down ballot races.  Right now, likely voters lean towards voting for a Democrat (50 percent) over a Republican (45 percent) for their representative to the House if the election were held today.

Overall opinion of the Republican Party is largely negative but also largely unchanged among registered voters compared to July, with 61 percent now viewing the GOP unfavorably.  Meanwhile, views of the Democratic Party have improved.  While a slight majority of voters had an unfavorable opinion of the Democrats in July, today opinion is divided.

This poll was conducted by telephone October 12-16, 2016 among a random sample of 1,411 adults nationwide, including 1,189 registered voters.  Data collection was conducted on behalf of CBS News by SSRS of Media, PA.  Phone numbers were dialed from samples of both standard land-line and cell phones.