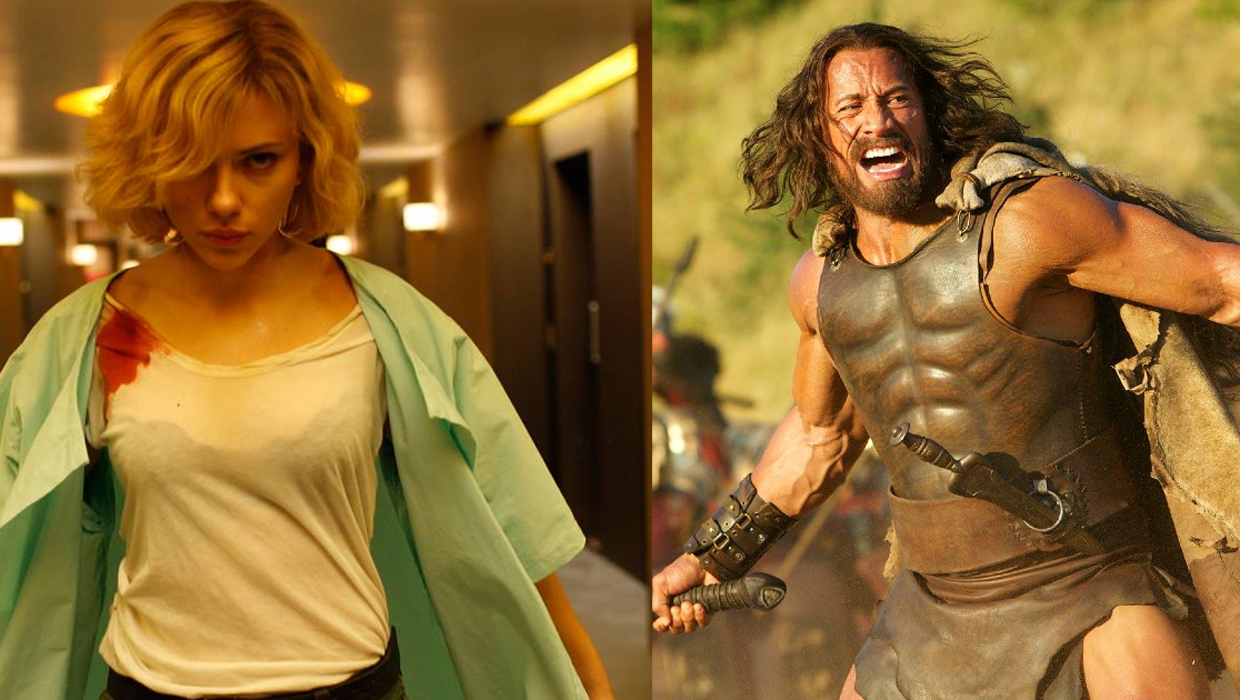 "Lucy," where Scarlett Johansson plays an accidental psychokinetic, took in $44 million in North American movie theaters over the weekend, according to studio estimates Sunday.

Universal's president of domestic distribution, Nikki Rocco, said audiences were attracted to the original story about the main character gaining superhuman powers by using more and more of her brain.

Meanwhile, Johnson's draw with men, women and children helped PG-13-rated "Hercules" power into the No. 2 spot. In addition to its domestic haul, the film brought in $28.7 million from Russia, Australia, Britain, Malaysia and other countries in Asia.

Megan Colligan, Paramount's head of domestic marketing and distribution, said Johnson once again proved his appeal as a global action star who fights bad guys with a "a wink and a smile."

"He can be very serious and menacing and imposing, and he has this ability to melt it all away, which is why women show up for a movie like this," Colligan said. "He has a lot of appeal for kids."

Johnson himself drove over half of the buzz on social media platforms like Twitter, said Benjamin Carlson, president of tracking firm Fizziology.

Another film that opened in wide release over the weekend was the Rob Reiner-directed romantic comedy "And So It Goes," starring Michael Douglas and Diane Keaton, which collected an estimated $4.6 million, according to distributor Clarius Entertainment.

"Boyhood," a Richard Linklater film that tracks the life of a boy from age 5 to 18, gained traction in its third week of release by distributor IFC Films with $1.7 million from just 107 locations.

Despite the solid performances of "Lucy" and "Hercules," the summer box office is still down by around one-fifth compared to last year, according to Paul Dergarabedian, senior media analyst with Rentrak.

That's partly because one would-be huge performer, "Fast & Furious 7" was postponed from its July 11 release due to the death of actor Paul Walker, he said. This summer also lacked some other blockbuster sequels like last year's "Despicable Me 2."

That puts a lot of pressure on "Guardians of the Galaxy," a Marvel superhero film being released in the U.S. next week, to outperform, Dergarabedian said.

Even though it features lesser-known characters, including Chris Pratt as Star-Lord and Zoe Saldana as Gamora, it could still break out with viewers.

"Any time you have a Marvel movie in the summer, it's still a factor," Dergarabedian said.