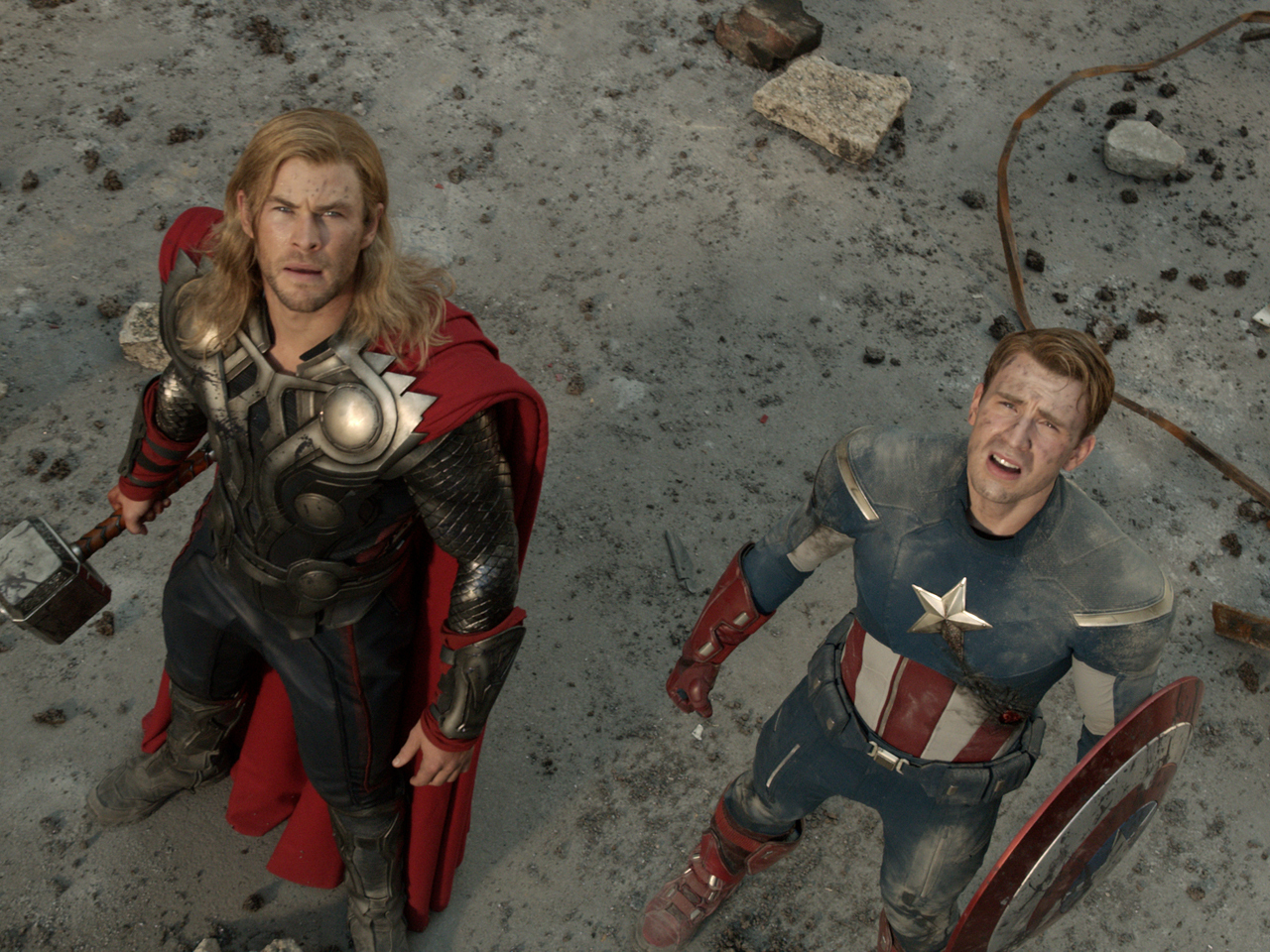 (CBS News) A bevy of superheroes hit the big screen Friday in "Marvel's The Avengers," the new action flick from director Joss Whedon. And they are being welcomed by many critics.

When an unexpected enemy threatens global safety, Nick Fury of the international peacekeeping agency,. S.H.I.E.L.D., decides to assemble a team to save the world from disaster.

Here's a sampling of critic reviews:

Movie critic Leonard Maltin: "If every summer blockbuster or comic-book movie were as good as 'Marvel's The Avengers,' I'd greet the upcoming release slate with a lot more enthusiasm ... but there aren't many writer-directors as talented as Joss Whedon. Indeed, it's the writing that sets this film apart from the crowd, in harmony with perfect casting, first-rate visual effects, and other key ingredients."

Movie critic Roger Ebert: "'The Avengers,' much awaited by Marvel comics fans, assembles all of the Avengers in one film: Iron Man, Captain America, Thor, the Hulk, the Black Widow and Hawkeye. This is like an all-star game, or the chef's sampling menu at a fancy restaurant."

The Washington Post gave it 3 out of 4 stars, noting: "The performances are so well-pitched in 'The Avengers,' meshing with such vividness and ease that it's tempting to overpraise the good but not great movie that surrounds them."

The Denver Post gave the film 3.5 out of 4 stars, explaining: "It's two-plus hours of visual brawn, unexpected heartbeats and welcome humor ... Does 'The Avengers' reinvent the genre? Not exactly. But it offers fans -- comic book habitue and moviegoer alike -- an epically enjoyable time that weaves character with action in ways that take serious and playful pleasure in pop culture ideas."

The New York Times review wasn't 100 percent glowing: "The light, amusing bits cannot overcome the grinding, hectic emptiness, the bloated cynicism that is less a shortcoming of this particular film than a feature of the genre. Mr. Whedon's playful, democratic pop sensibility is no match for the glowering authoritarianism that now defines Hollywood's comic-book universe."

Check out the video below to catch a glimpse into this year's biggest movie openings: