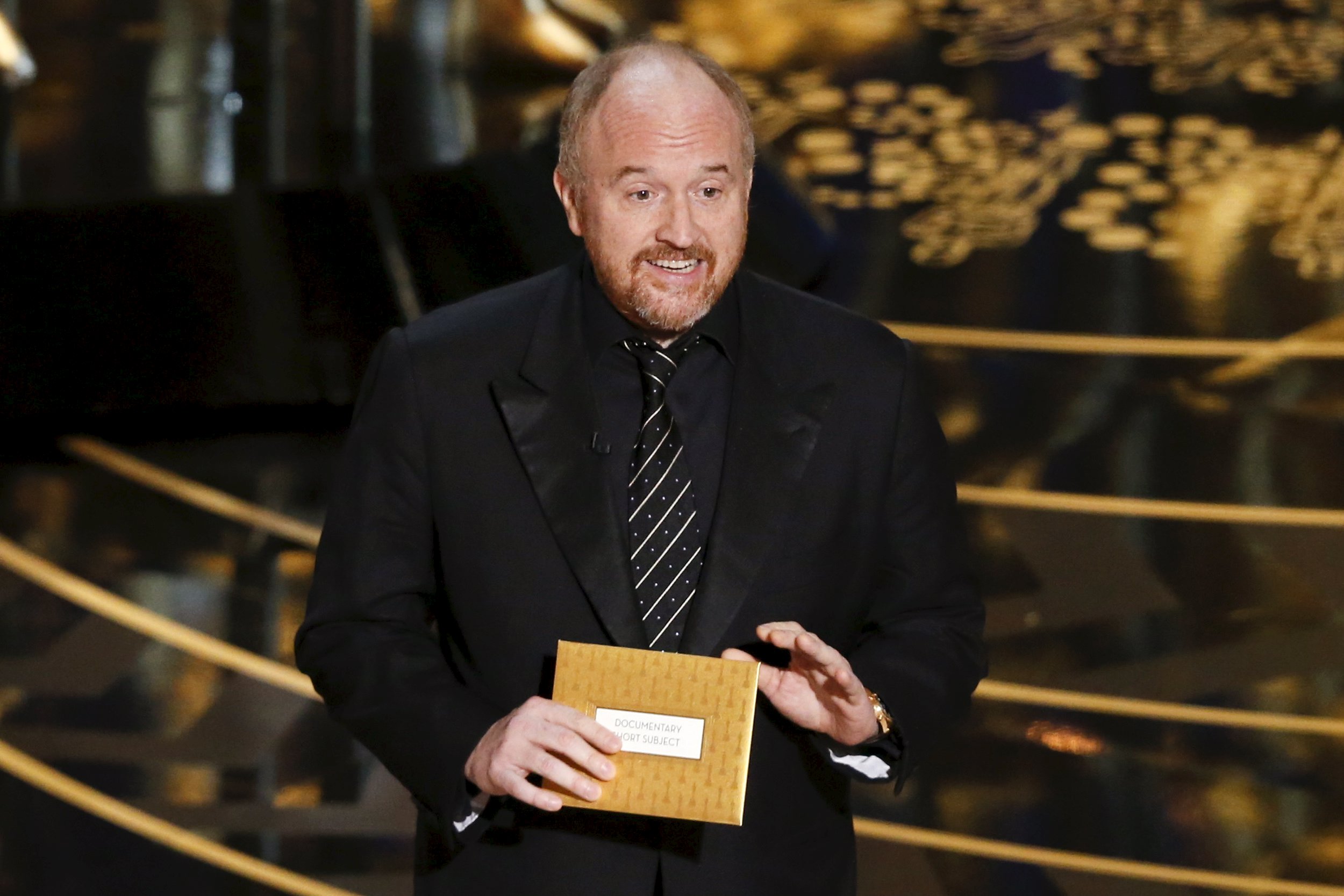 The women all had similar stories. Comedy duo Dana Min Goodman and Julia Wolov said that in 2002 they were excited when C.K. invited them up to his hotel room for a drink during the U.S. Comedy Arts Festival in Aspen, Colorado. But then they said he asked if he could take out his penis, and when they laughed it off, he disrobed and masturbated in front of them.

The women told the Times that they heard C.K.'s manager, Dave Becky, was angry at them for telling people about the incident. Becky told the Times in an email that he "never threatened anyone."

Courteney Cox and David Arquette, who were executive producing the show, confirmed the incident to the Times. "What happened to Rebecca on that set was awful," Cox said.

Lewis Kay, C.K.'s publicist, told the Times, "Louis is not going to answer any questions."

Earlier Thursday, C.K. canceled the premiere of his new movie, "I Love You, Daddy," just hours before it was supposed to take place in New York.

Rumors of sexual misconduct have swirled about the comedian. A source told The Hollywood Reporter that the premiere was canceled in case the Times story, which had not yet dropped, was damaging to C.K.'s reputation. C.K. was also set to appear on the "Late Show" with Stephen Colbert on Thursday, but William H. Macy will take his place. Macy was originally set to appear on Friday.

C.K. wrote, directed and stars in "I Love You, Daddy," and the dark comedy has stirred controversy because it highlights a romance between a 17-year-old girl and a 68-year-old filmmaker rumored to have molested a child. C.K. plays the teenager's father, who is a successful TV writer and producer. His character tries to stop the relationship between his daughter, played by Chloe Grace Moretz, and the filmmaker, played by John Malkovich. Other actors include Pamela Adlon, Rose Byrne, Charlie Day, Edie Falco and Helen Hunt. C.K. financed the film himself and quietly shot it over the summer.

In September, the film was very divisive at the Toronto International Film Festival because of how politically incorrect it was. It still landed one of the biggest buys of the festival, a rumored $5 million.

That same month, C.K. told the Times of the sexual misconduct chatter, "They're rumors, that's all that is." His colleague, Tig Notaro, said in an August interview with the Daily Beast that C.K. should address the rumors, though she did not directly say anything about the allegations.