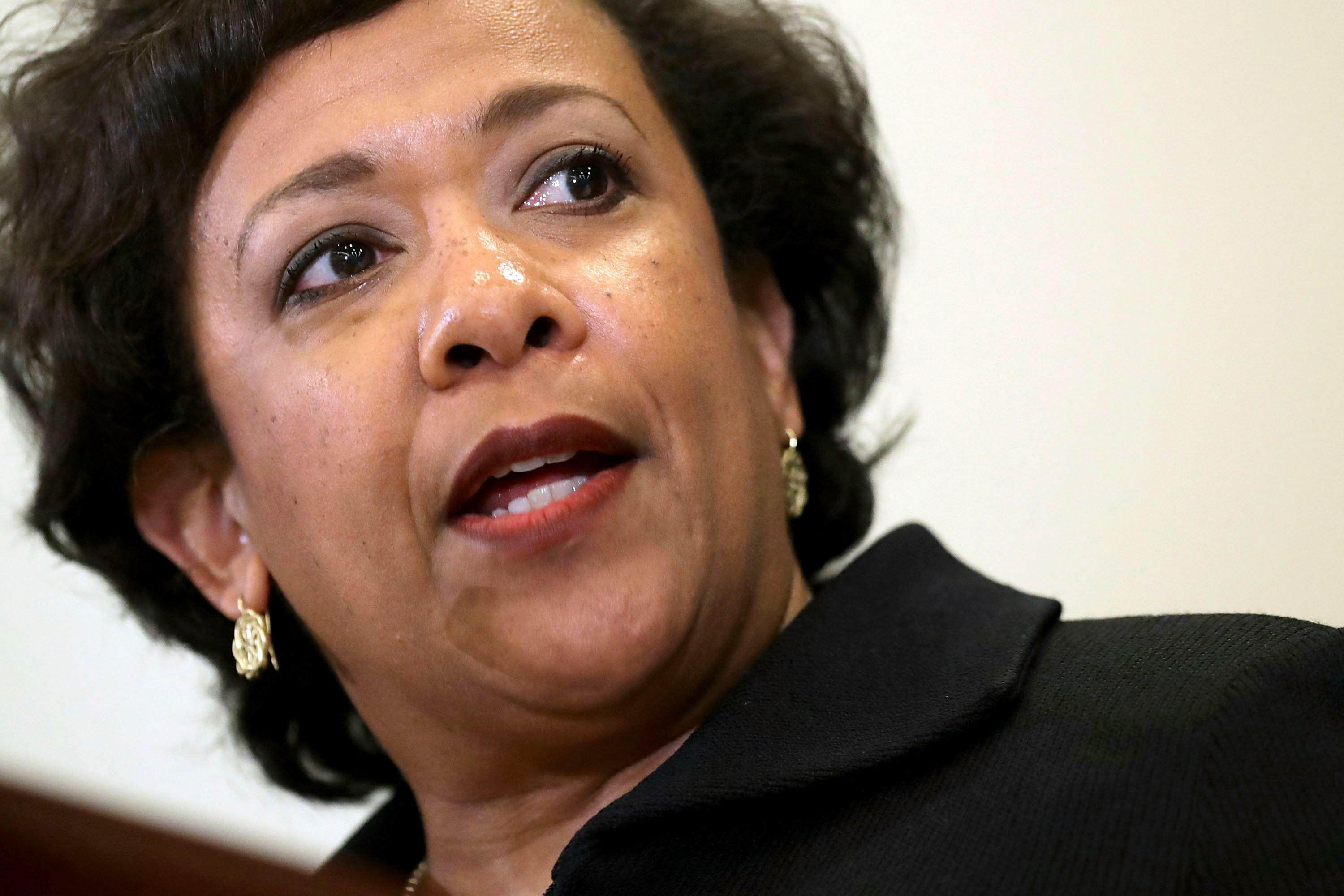 In a two-page letter replying to a June 22 inquiry from a mix of Democrats and Republicans, Lynch's lawyer Robert Raben responded to six questions stemming from an April New York Times report that a Democratic operative had "expressed confidence that Ms. Lynch would keep the Clinton investigation from going too far."

"Those communications did not take place," the statement in the letter read.

Raben disputed the Times' reporting, which was eventually corroborated by The Washington Post in May, that Lynch -- while overseeing a probe into Clinton's use of a private email server -- had inappropriately contacted former Clinton adviser Amanda Renteria.

Raben also asserted that no one within the Obama Justice Department had talked to members of the campaign or the DNC about the email probe, including former DNC Chairwoman Debbie Wasserman Schultz.

"Likewise, to the best of her knowledge and recollection, neither Ms. Lynch nor any representative of the Office of the Attorney General discussed the Clinton email investigation with Ms. Renteria, Representative Wasserman Schultz or her staff, or any DNC official," the letter continued.

Raben did not answer the committee's question from the June 22 letter about Lynch's view of the authenticity of the reports from the Times and the Post. And in the letter, Raben refused to answer whether Lynch had any correspondence with FBI officials about emails or memos described in the media reports.

"Although Ms. Lynch is prepared to address any questions you have about such matters in the proper setting, the law prohibits Ms. Lynch from commenting publicly on any non-public intelligence briefings she may or may not have received as Attorney General," it read.

Theories about potential obstruction of justice by the former attorney general first arrived last summer when Lynch and former President Bill Clinton met on a tarmac at the Phoenix airport. Both Lynch and Clinton said the meet-up was unplanned, but the optics were not good for either side, fueling intense skepticism among Trump surrogates and Republicans closely tracing any developments in the email investigation.

Former FBI Director James Comey says that the tarmac meeting helped convince him that he needed to announce that the FBI was not recommending charges against Clinton over her use of a private email server, as he worried Lynch did not look impartial. And during Comey's June testimony, he revealed that Lynch personally instructed him to refer to the FBI's investigation into her emails as a "matter," even though Comey noted that it was potentially a criminal case.

"At one point the attorney general directed me not to call it an 'investigation' but instead to call it a 'matter,' which confused me and concerned me," Comey said. "So that gave me a queasy feeling."