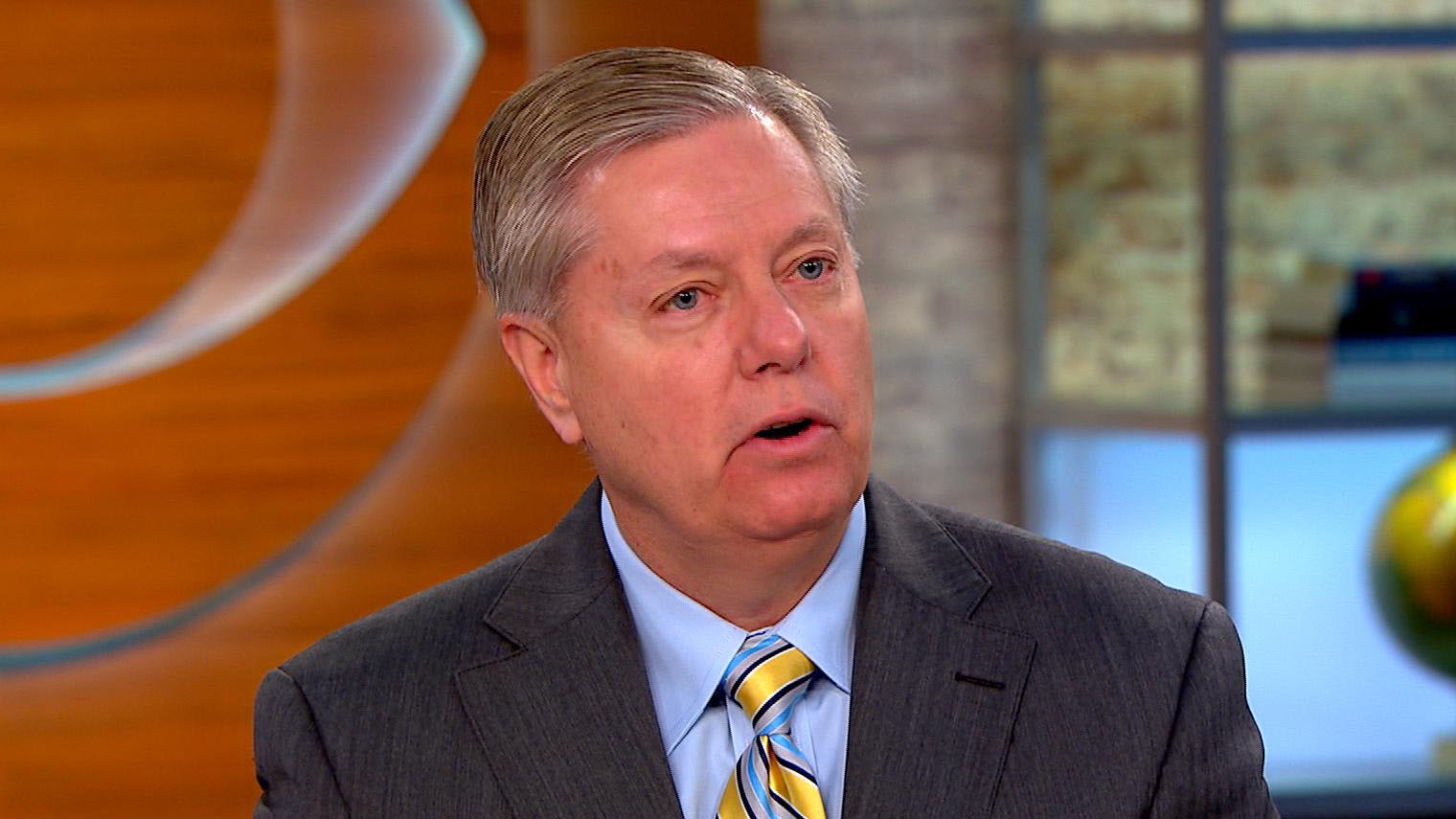 Sen. Lindsey Graham says he won't announce his plans for the 2016 election until June 1, but there's very little ambiguity about what those plans will be.

"I'm running because I think the world is falling apart. I've been more right than wrong on foreign policy," he said in an interview on "CBS This Morning" Monday.

Addressing the question of whether he's looking to fill a gap in foreign policy experience among the GOP contenders, the South Carolina Republican said, "It's not the fault of others or their lack of this or that that makes me want to run. It's my ability in my own mind to be a good commander-in-chief and to make Washington work."

Among his top goals if elected: increase bipartisanship and make America safer.

"I've been accused of working with Democrats too much. In my view Democrats and Republicans work together too little and I would try to change that if I got to be president," he said. "When it came to radical Islam, I would go after them before they come back here again."

Graham is one of the few would-be candidates in the GOP field who actually took the step of setting up a "testing-the-waters committee" before an actual campaign. He established his committee back in January, and also created a political action committee (PAC) called Security Through Strength.

The PAC has allowed Graham to raise money, travel and hire the staff necessary to determine if he has a viable path to the nomination. The PAC's name reflects Graham's heavy focus on defense issues. He is one of the more outspoken defense hawks in the Senate.

On "CBS This Morning," Graham weighed in on the question that many of his Republican colleagues have grappled with in recent days: Given what is known today, would they have authorized the invasion of Iraq?

"If I knew then what I know now, would I have launched a ground invasion? Probably not, I'd probably have had another approach to Saddam. But that's yesterday's thinking," Graham said. "What do we do today and tomorrow and the day after? We have to reset Iraq."

Graham said he is afraid that more American soldiers will die in Iraq and Syria to protect the United States. In the current fight against the Islamic State of Iraq and Syria (ISIS), he said, "We don't have enough military presence on the American side to change the tide of battle."

Graham said the U.S. needs about 10,000 military personnel in the country to serve as trainers and support for the Iraqi security forces to recapture territory where ISIS has a foothold, including Anbar province and Mosul.