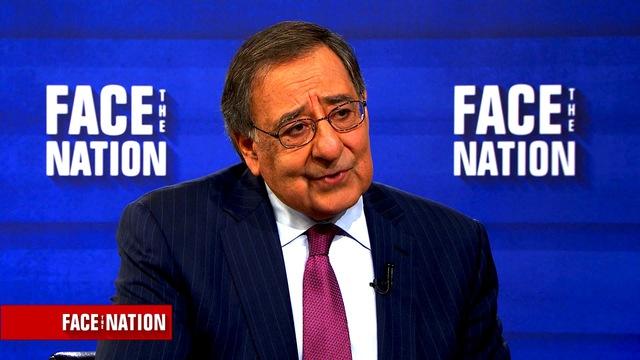 Former Defense Secretary Leon Panetta offered some words of praise Thursday for James Mattis, who has been tapped by President-Elect Donald Trump to head the Department of Defense.

“I like Jim Mattis a lot,” Panetta told “Face the Nation” host John Dickerson in an interview taped before Trump’s decision was announced. “He’s a tough general, spoke the truth, was a good advisor. I trusted his defense judgment. And so I think he’s got, you know, a lot of qualities that are important to a secretary of defense job.”

“We are going to appoint ‘Mad Dog’ Mattis as our secretary of defense,” Mr. Trump told a raucous Cincinnati crowd Thursday during his first post-election rally. The president-elect praised Mattis as “one of our great, great generals.”

Mattis is a retired Marine Corps general, and he served as the head of U.S. Central Command from 2010 through 2013.

Given that military background, Panetta said, Mattis should be pressed during his confirmation hearing on whether he also understands the civilian perspective that a Pentagon chief needs.

“I do think that it’s important for Congress to talk with him, if he is nominated, to make sure that he also understands the civilian perspective. Because I think it’s important to have that when you become secretary,” Panetta said.

“Explain for people why the civilian control of the military is a tradition, and why having a general is a good or a bad thing,” Dickerson prompted Panetta.

“Well, you know, it goes back to George Washington,” Panetta explained. “There’s a great portrait up at the Capitol of George Washington giving up his commission in the military in order to become president of the United States, which I think was a reflection of the fact that it’s important to have civilian leadership and civilian perspective when it comes to those issues.”

“It doesn’t mean that you can’t have a military background,” Panetta continued. “I think that, you know, that is important to have that background. But at the same time, in those jobs, you’ve got to exercise the ability to understand political issues, to deal with broader issues that involve your capability to relate to the American people. And so yes, you know, having a strong defense background is important. But it’s also important to be able to have that ability to understand the civilian side of that job, because both are involved as secretary of defense.”

For more of Panetta’s interview with Dickerson, tune in Sunday. Check your local listings for airtimes.