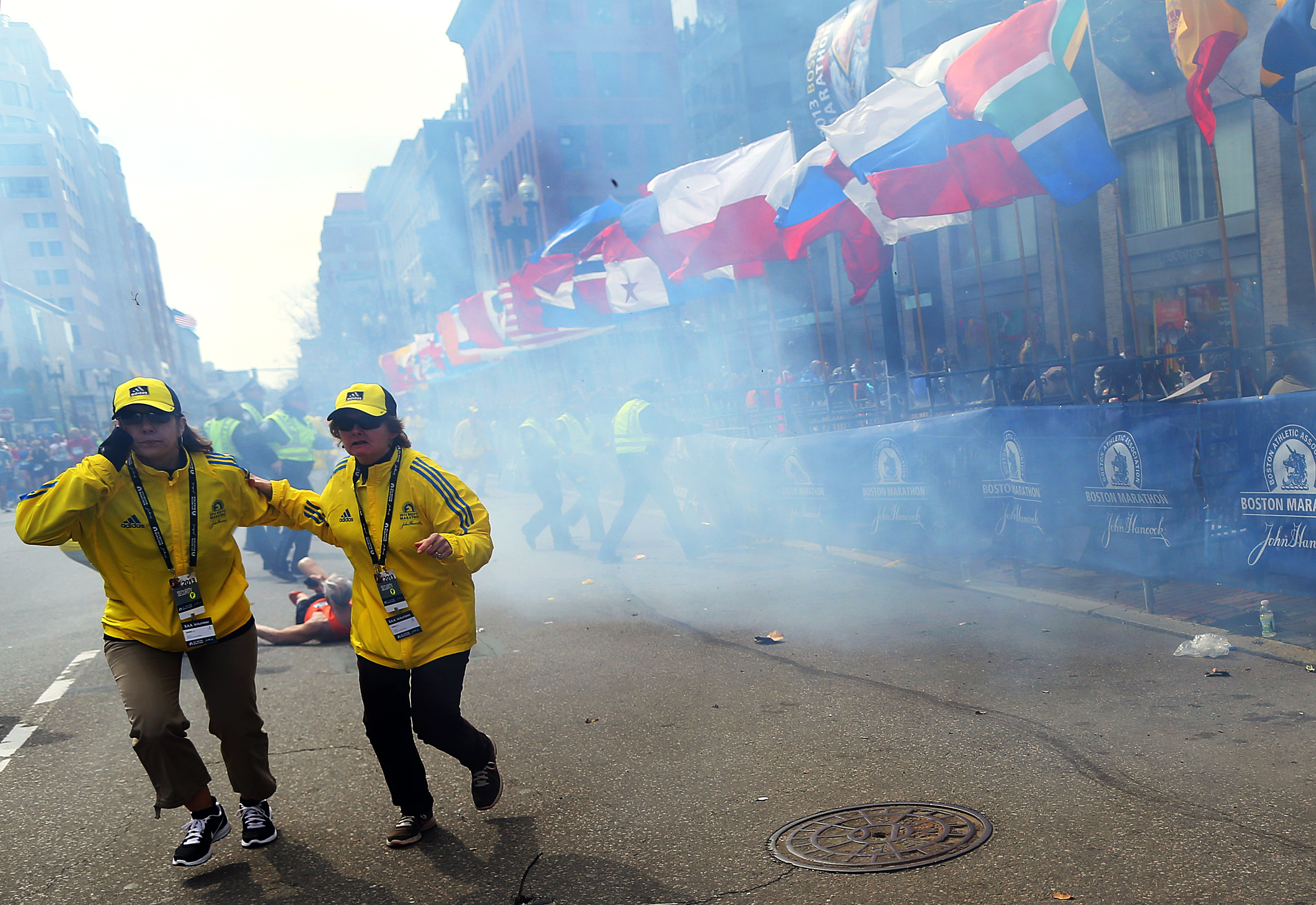 The bombs that exploded near the finish line at the Boston Marathon Monday are considered a terrorist attack by several Washington lawmakers and officials, even as President Obama refrained using that description earlier in the day.

In a House Appropriations subcommittee hearing Tuesday morning, Defense Secretary Chuck Hagel said the event "appears to be a cruel act of terror."

"We still do not know who did this or why," he said. "Any event with multiple explosive devices as this appears to be is clearly an act of terror and will be approached as an act of terror."

He added, "We will find out who did this."

House Speaker John Boehner, R-Ohio, on Tuesday said he agreed "it was a terrorist attack of some sort," adding that the event is "a reminder of just how vulnerable we really are."

On the Senate floor Tuesday morning, Senate Minority Leader Mitch McConnell, R-Ky., said the bombings serve as a "grim reminder of the heated and contempt many continue to harbor in their hearts."

"On 9/11 we were forever disabused of the notion that attacks... only happen on the field of battle or in distant countries," he said. "I think it's safe to say for many, the complacency that prevailed prior to 9/11 has returned. Today again we recommit ourselves to the fight against terrorism at home and abroad."

Senate Majority Leader Harry Reid, D-Nev. said on the Senate floor, "Americans are still reeling from the senseless violence at the Boston Marathon yesterday. Our nation is united in its sympathy for the victims of the attack and their families."

He continued, "Adding to the horror of the tragedy are the questions about who did this and why. The FBI and the Department of Homeland Security are investigating this attack as aggressively as possible."

On Monday, House Homeland Security Committee chairman Mike McCaul, R-Texas, said the event had "all the hallmarks of an act of terrorism."

"Multiple bombings simultaneously. A mass casualty event -- spectacular event -- that's what they always try to focus and target," he said. "So, to me, it's got all the hallmarks of that and I believe that it is and the only remaining issue is who are the perpetrators and what's the motivation behind it."

McCaul added that the White House called him to brief him on the attack but didn't call it an act of terrorism, saying "they don't want to jump to conclusions. Just based on my background as a former counterterrorism prosecutor in the Justice Department and as the chairman of Homeland Security Committee I think it - again - has all the hallmarks of it."

While Mr. Obama did not explicitly call it a terrorist attack, a White House official said after the president's remarks that the White House does consider it an act of terror and is treating it as such.

On Tuesday, the president echoed the White House official's comments saying, "Any time bombs are used to target innocent civilians it is an act of terrorism."

Sen. Susan Collins, R-Maine, a member of the Intelligence Committee and a former chairman also agreed with McCaul saying she believes "this attack bears all the hallmarks of a terrorist attack.

"The use of the improvised explosive devices, the planning, the targeting of innocent people, the terrible deaths and injury that have been brought about are all characteristic of a terrorist attack."

She added that this is her "own observation" not that she was told by anyone official that it was a terrorist attack.

The chairman of the Senate Intelligence Committee, Dianne Feinstein, D-Calif., agreed with McCaul and Collins that the attack "looks" like terrorism.

"It's diabolical," she said.

Rep. Mike Capuano, D-Mass., whose district includes the location of the bombing, led a moment of silence on the House floor Monday evening but just prior, he said, "I hesitate to call what the event was, but whatever it was, it was a terrible tragedy."

"I don't know if it was official terrorism," he continued, "but anyone to act in such a manner is clearly an evil person who deserves to be called as such."