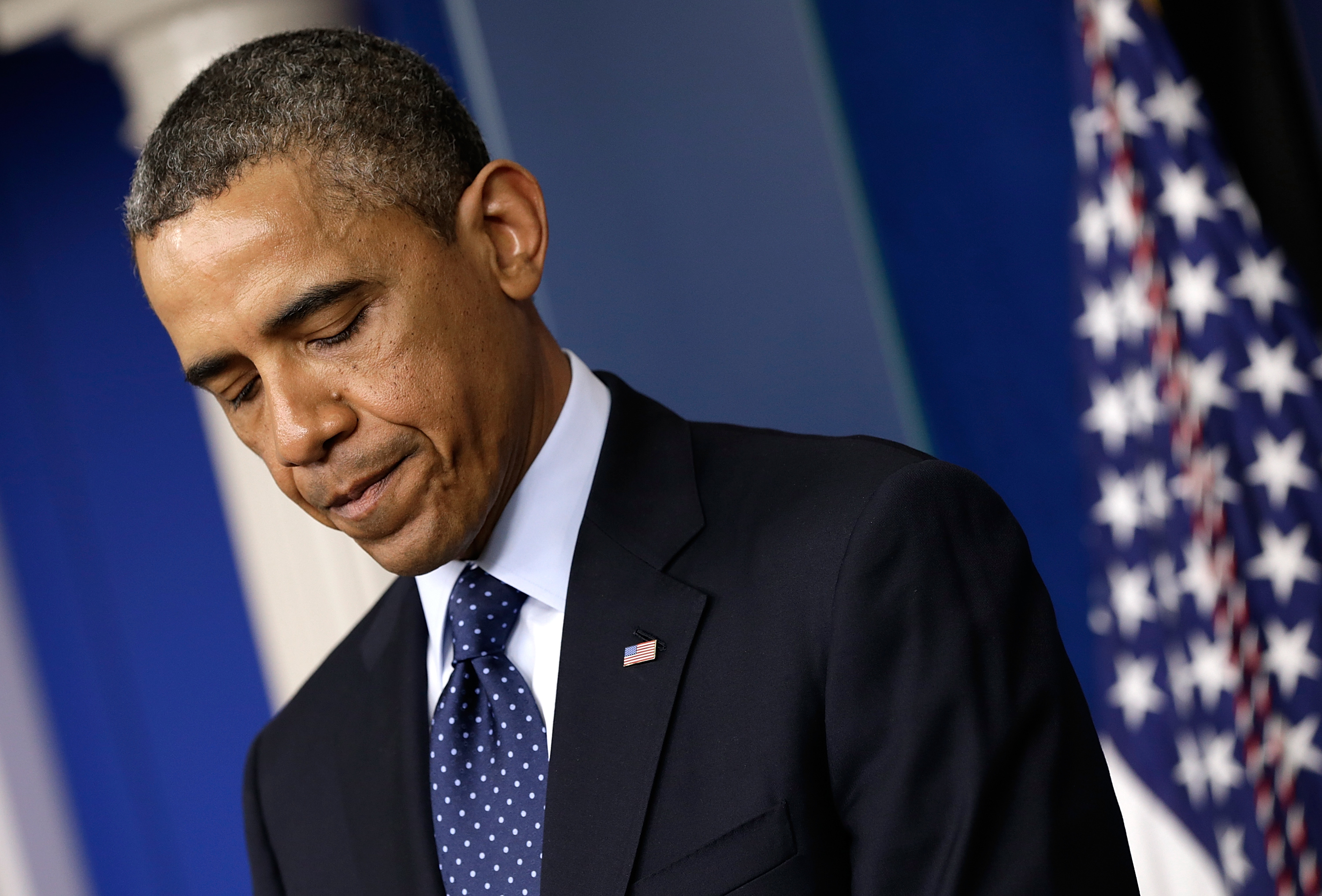 WASHINGTON Federal authorities are "still in the investigation stage" in the aftermath of deadly explosions at the Boston Marathon finish line, President Obama said Monday in a press conference. But, he said, "we will find out who did this, and we will hold them accountable."

"The American people will say a prayer for Boston tonight, and Michelle and I send our deepest thoughts and prayers to the families of the victims in the wake of this senseless loss," Mr. Obama said from the White House briefing room, several hours after the incident. "We don't yet have all the answers, but we do know that multiple people have been wounded - some gravely - in explosions at the Boston Marathon."

A White House official speaking on condition of anonymity because the investigation was still unfolding told The Associated Press the attack was being treated as an act of terrorism.

Race organizers and police say two bombs exploded near the finish line of America's oldest and most prestigious marathon, killing two people and injuring at least 23 others.

"We still do not know who did this or why, and people shouldn't jump to conclusions before we have all the facts," the president said. "But make no mistake: we will get to the bottom of this. And we will find out who did this. We will find out why they did this. Any responsible individuals, any responsible groups, will feel the full weight of justice.

"...Boston is a tough and resilient town - so are its people," he continued. "I am supremely confident that Bostonians will pull together, take care of each other and move forward as one proud city. And as they do, the American people will be with them every single step of the way."

After being notified about the situation around 3 p.m. ET, the president was briefed in the Oval Office by Lisa Monaco, deputy national security adviser for Homeland Security and Counterterrorism; FBI Director Robert Mueller and Homeland Security Secretary Janet Napolitano followed up with reports on the active investigation and response, including ongoing coordination with state and local officials.

Mr. Obama then placed calls to Boston Mayor Tom Menino and Massachusetts Gov. Deval Patrick, offering his condolences as well as the full support of the federal government in the immediate, medium and long-term response to the tragedy.

Attorney General Eric Holder, after speaking with Mueller and U.S. Attorney Carmen Ortiz, also directed the full resources of the Justice Department to be deployed to ensure the matter is fully investigated.

Shortly after the president's remarks, House Speaker John Boehner gaveled in a moment of silence on the floor. Preceding him, Rep. Mike Capuano, D-Mass., who serves Boston's district, spoke, stating that whether the bombings were "official terrorism or unofficial... clearly anyone who acts in such a manner is an evil person and deserves to be called as much." He also reminded his colleagues that the marathon is not a Boston event, but attracts participants and spectators internationally.

Vice President Joe Biden was on a conference call with gun control activists when the first two explosions took place, according to the Associated Press. Staffers turned on televisions in his office so he could view news coverage of the incident.

"Apparently there has been a bombing," Biden said on the call. "I don't know any of the details of what caused it, who did it. I don't think it exists yet. But our prayers are with those people in Boston who suffered injury."

U.S. Secret Service spokesman Ed Donovan said in a statement later Monday that "out of an abundance of caution, we have expanded our security perimeter at the White House complex" - a move he added is "not unusual."