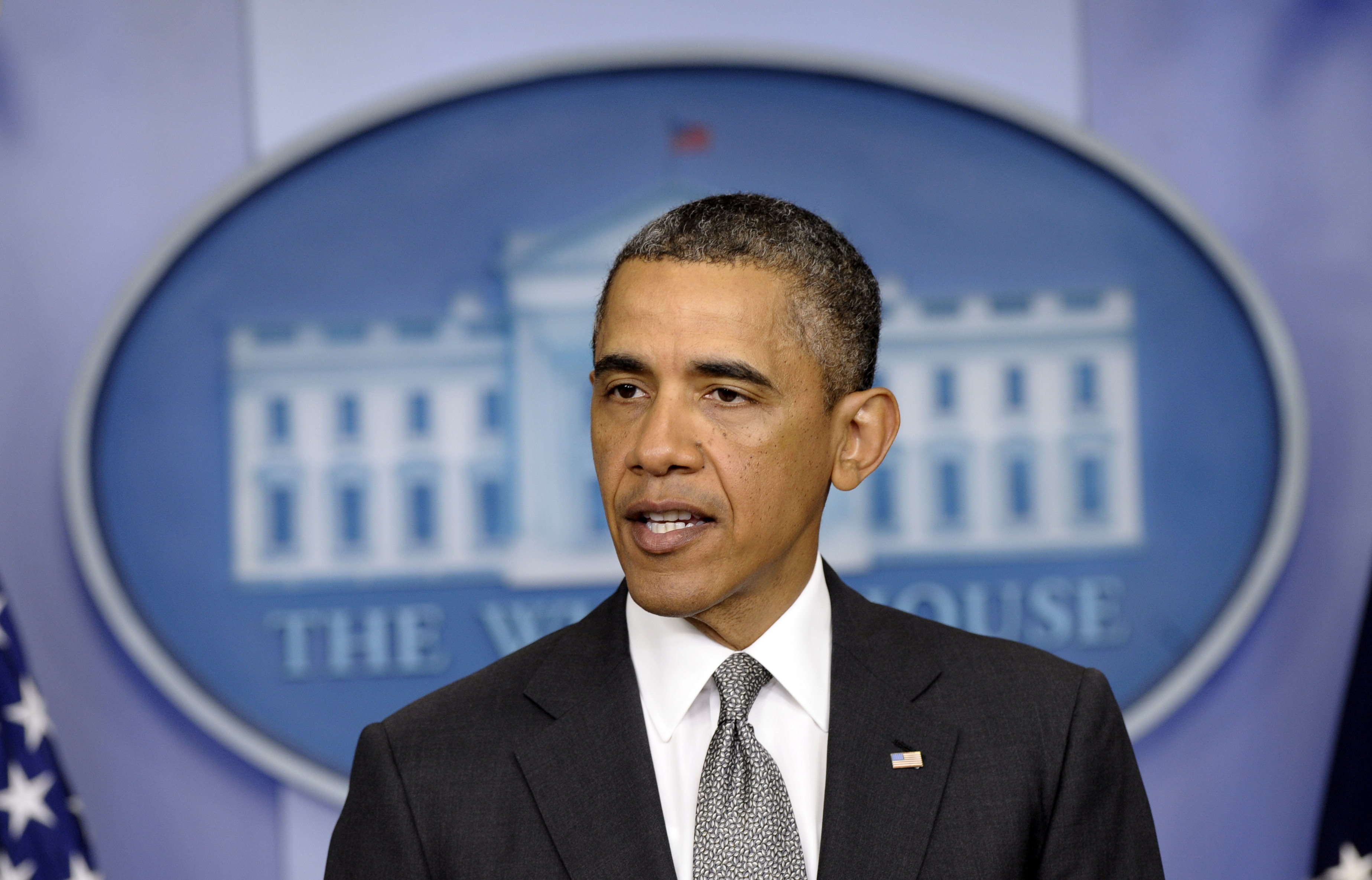 Calling the bombings at the Boston Marathon a "heinous and cowardly act," President Obama confirmed Tuesday that the FBI is investigating the incident as an act of terrorism.

"Any time bombs are used to target innocent civilians, it is an act of terror.," the president said from the White House briefing room.

"We know it was bombs that were set off," he said. "We know that, obviously, they did some severe damage. We do not know who did them. We do not know whether this was an act of an organization or an individual or individuals. We don't have a sense of motive yet."

Mr. Obama said it would take time to follow every lead but that the FBI would keep the public abreast of any new information.

"We will find whoever harmed our citizens, and we will bring them to justice," he said. "We also know this: the American people refuse to be terrorized."

The president commended the first responders, the marathon runners and everyone at the scene and in the city of Boston who offered their help in the wake of the attack.

"If you want to know who we are, what America is, how we respond to evil, that's it," he said, "selflessly, compassionately, unafraid."

Following the attack on Monday, Mr. Obama avoided explicitly calling the event a terrorist attack, though the White House said it was treating it as such. Several lawmakers on Monday and Tuesdayalso characterized it as an act of terrorism.

The White House announced Tuesday afternoon that Mr. Obama will travel to Boston on Thursday to take part in an interfaith service dedicated to the victims of Monday's bombing.

The president kept his regular schedule for the rest of Tuesday, which included an afternoon meeting with the vice president and Defense Secretary Chuck Hagel and a meeting about immigration reform with Sens. John McCain, R-Ariz., and Chuck Schumer, D-N.Y.

To mark the attack, Mr. Obama Tuesday ordered American flags at the White House and other public buildings lowered to half-staff.